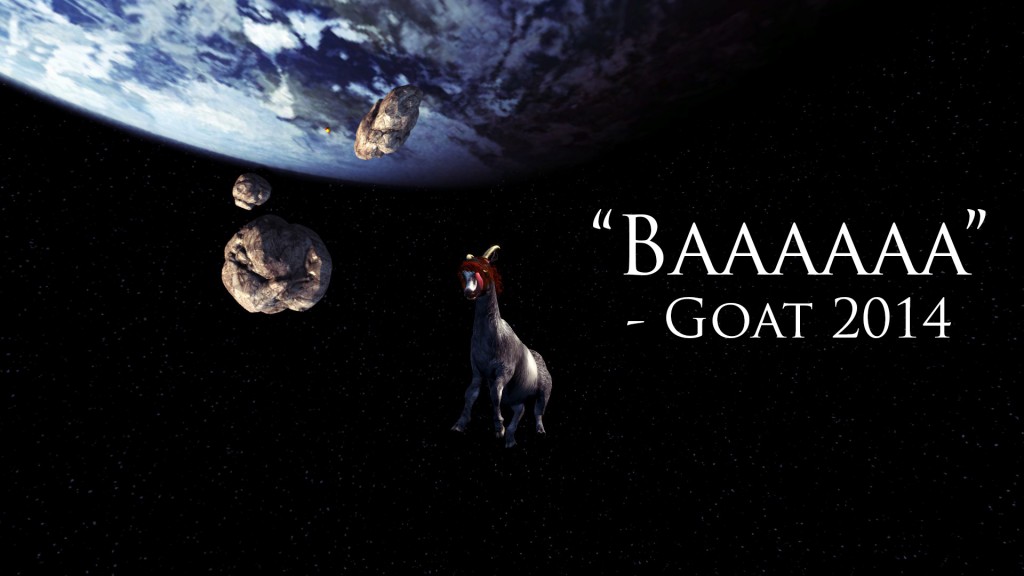 On June 3, 2014, Goat Simulator’s first update 1.1 will be launch. Initially expected to have been released mid-May, it has now been announced that the release date will instead be June 3.

The update will bring a new playable map, local split-screen multiplayer (up to four goats), and the ability to run on walls, balance on your front legs, ride bicycles, ride skateboards, and force humans to ride you. Well that sounded awkward.

Despite receive negative feedback from critics, such as Andy Keller of PC Gamer calling it a “bad, amateurish and boring game”, Goat Simulator was rated 8/10 by IGN, and has received rather positive feedback:

All my life I have been empty. The doctors could not tell me why I was so depressed, and I never knew myself until today. I needed to experience my life as a goat. Goat Simulator has filled the void in my life.

I knew as soon as I hit the truck with my goat that this was what I had been missing. I flew through the air in slow motion, tongue flying around, hitting the edge of the map and rebounding back, landing on (and falling through) the roof of a house. I could not get out, but that did not matter. I was treated with the ability to look down into the house beneath me, seeing the unsuspecting people casually sitting at their computers, oblivious to the sheer terror of the goat above them.

–I HAVE NO IDEA WHAT I_M DOING (comment on Steam page)

Goat Simulator is available on Steam for $9.99 for Windows PC. They have outsourced the port forwarding to Mac and Linux to another company, and Mac/Linux support is expected pretty soon.

The creators did, however, leave a disclaimer on the wiki page, saying that “Goat Simulator is a small, broken and stupid game. It was made in a couple of weeks so don’t expect a game in the size and scope of GTA with goats. In fact, you’re better off not expecting anything at all actually. To be completely honest, it would be best if you’d spend your $10 on a hula hoop, a pile of bricks, or maybe a real-life goat.”.

Purchase at your own risk.