Go Low and Slow in the Latest GTA Online Update 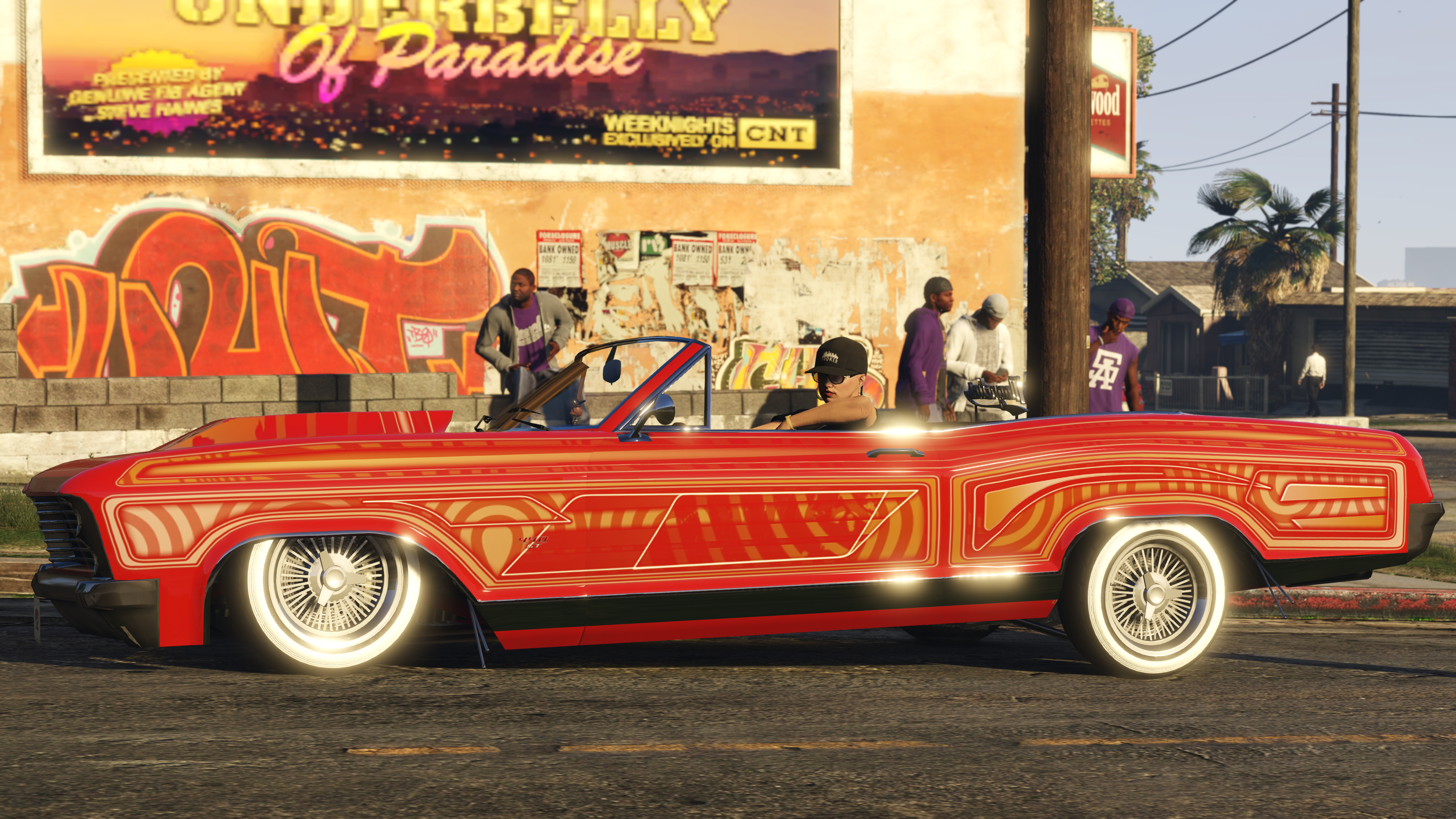 Name a game that lets you bounce around in a lowrider fitted with hydraulics. If you answered Lowriders (PlayStation 2) or Lowrider Car Game Pro (mobile) then, well, technically you’re not wrong but the answer we’re shooting for is Grand Theft Auto.

A free update for Grand Theft Auto Online is bringing even more variety to all the low and slow lovers out there, and you can start fixing up those sweet rides right now.

The new Willard Faction and Declasse Moonbeam, along with the four previously available cars, are all exclusive to Grand Theft Auto Online. The Moonbeam actually comes with sliding doors, a big deal for anyone simulating outlaw life as it lets you fire two-handed weapons out of them. Maybe we’ll get to do drive-by abductions in the future, hmm.

Rockstar are also bundling in eight new Contact missions that involve Lamar and his scheme to “rule the Los Santos’ Lowrider scene” so that’s neat.

Here’s the catch: only PC, PlayStation 4, and Xbox One owners are getting this update, leaving last-gen consoles out in the cold.

Ade thinks there's nothing quite like a good game and a snug headcrab. He grew up with HIDEO KOJIMA's Metal Gear Solid, lives for RPGs, and is waiting for light guns to make their comeback.
Previous post Help make Retro DNA even better for GameStart 2015
Next post Linkin Park Set to Rock Out at BlizzCon 2015