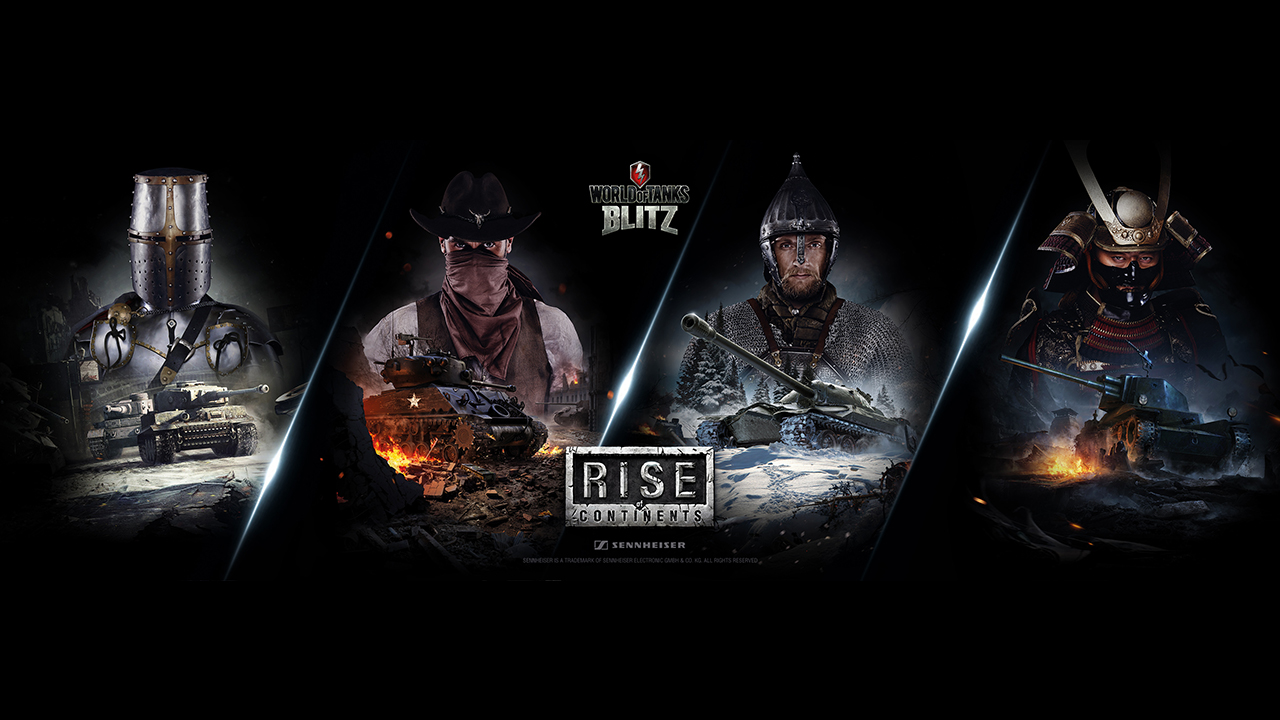 The Rise of Continents tournament will be open to all World of Tanks Blitz players worldwide on 28 September.

Rather than hosting it in a typical elimination format, Wargaming will run four weeks of online stages to determine which of the four regions — Europe, North America, CIS (Commonwealth of Independent States), and Asia — commands the most number of victories and enemy tanks destroyed. Players simply have to log in and roll into battle to represent their region.

Sennheiser is sponsoring the tournament with white GAME ONE headsets (top performers of entire event across individual goals) and CX.200 earphones (weekly goal winners), the latter coming in white iOS and black Android variants. That’s on top of the in-game prizes of course, making this a pretty neat incentive to attract new players.

It’s also a great for determining which region Wargaming should focus their mobile efforts on.

Prize eligibility also states that players require 20 days of activity and a minimum of 100 battles; that works out to five battles a day, which is fairly achievable considering it’s a mobile game.

Details and updates can all be found at the official Rise of Continents website.

Ade thinks there's nothing quite like a good game and a snug headcrab. He grew up with HIDEO KOJIMA's Metal Gear Solid, lives for RPGs, and is waiting for light guns to make their comeback.
Previous post Blood Bowl II Kicks Off on PC and Consoles
Next post Star Wars Battlefront Getting Dedicated Servers