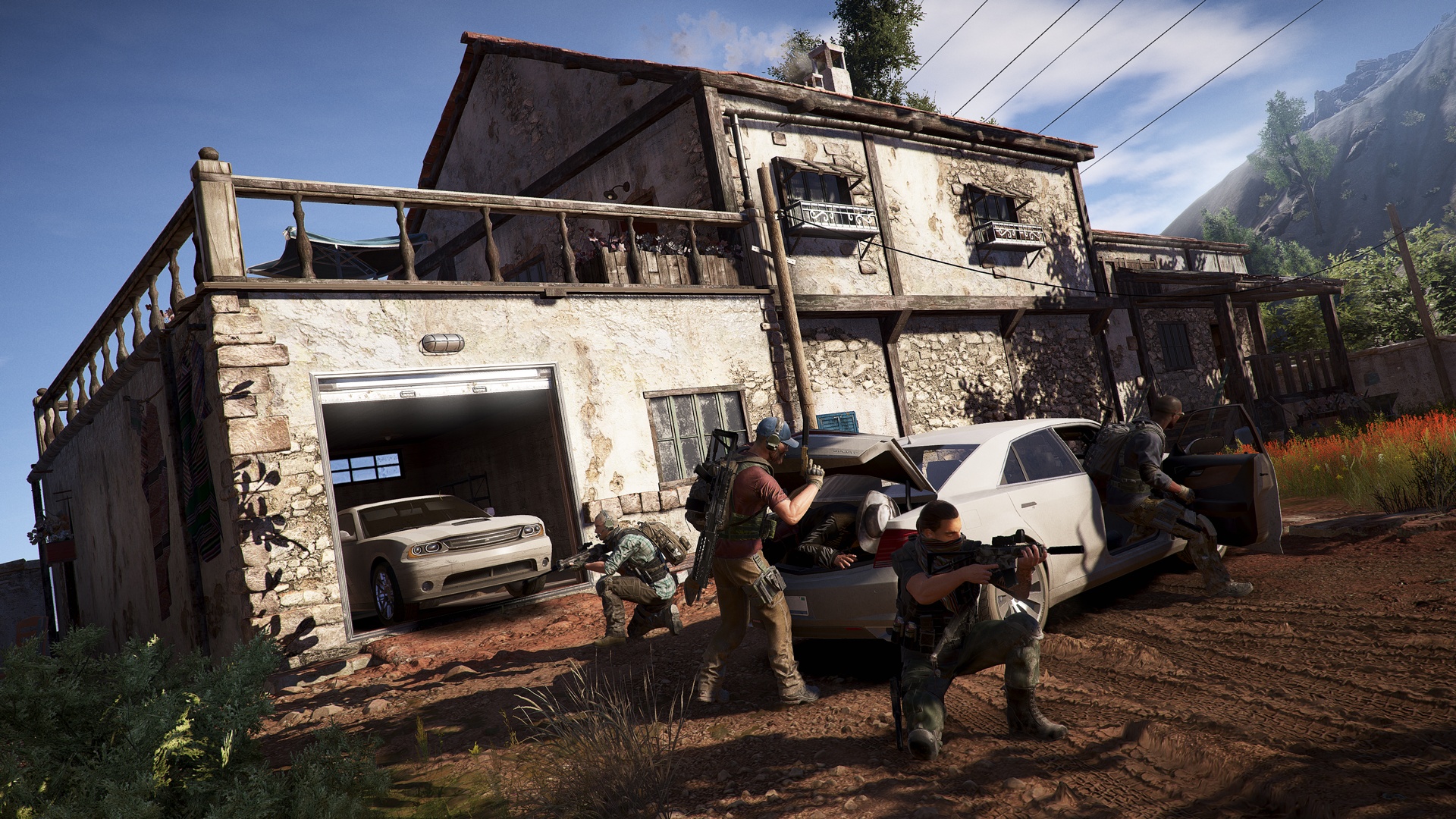 Ubisoft has announced the closed beta dates for Tom Clancy’s Ghost Recon Wildlands. The four-player, open-world shooter will be available on PC, PlayStation 4, and Xbox One to select participants, with pre-loads (25 GB) scheduled to begin on February 1.

To answer a key question: Yes, players may still register for a chance to participate, and those lucky enough to be selected can invite three of their friends for the same platform. Alternatively, they may just run missions alone and offline with three AI companions that can be ordered around.

The closed beta lets players roam Itacua, one of the 21 regions in Ghost Recon Wildlands. As with The Division’s beta, content from the opening few hours of the game will be available – both main story missions and side activities, as well as character customization and access to the gunsmith.

Players are free to approach missions however they wish, utilizing any combination of vehicles, tactical equipment, and weapons. They may take their time using drones and binoculars to reconnoiter their area of operations, locating every hostile and potential threat, or simply do the bare minimum and tear the place down.

While Ghost Recon Wildlands isn’t angled as a full-on military simulation, it does provide players with the freedom and tools to loosely emulate one. In combat there is bullet drop, leaning, as well as the three basic stances. They may go hands-free to appear less threatening to non-hostile NPCs. They may even replay missions just to see how the AI behaves – night missions are never the same than in the day. Furthermore, they’ve ensured the game is as co-op friendly as possible. Matchmaking is not level-based, there are no predetermined roles, and the difficulty is unique to each player – the host may be playing on easy while their friends play on hard, only affecting the amount of damage received.

The full game will have more than 50 customizable weapons, 60 vehicles, at least 100 missions, and the largest action-adventure map Ubisoft has ever created.

Numbers don’t always tell the whole story when it comes to games but, as a platform for hours of co-op, it certainly sounds promising.

There’s word of a PVP mode but Ubisoft hasn’t come forward with any details yet.

Ade thinks there's nothing quite like a good game and a snug headcrab. He grew up with HIDEO KOJIMA's Metal Gear Solid, lives for RPGs, and is waiting for light guns to make their comeback.
Previous post Mobius Final Fantasy coming to PC with FF VII Remake event
Next post Resident Evil 7: Biohazard (PS4) is a return to the franchise’s horror roots