Home / Latest / Games / Get chanting in Patapon Remastered, out now for PS4

Get chanting in Patapon Remastered, out now for PS4 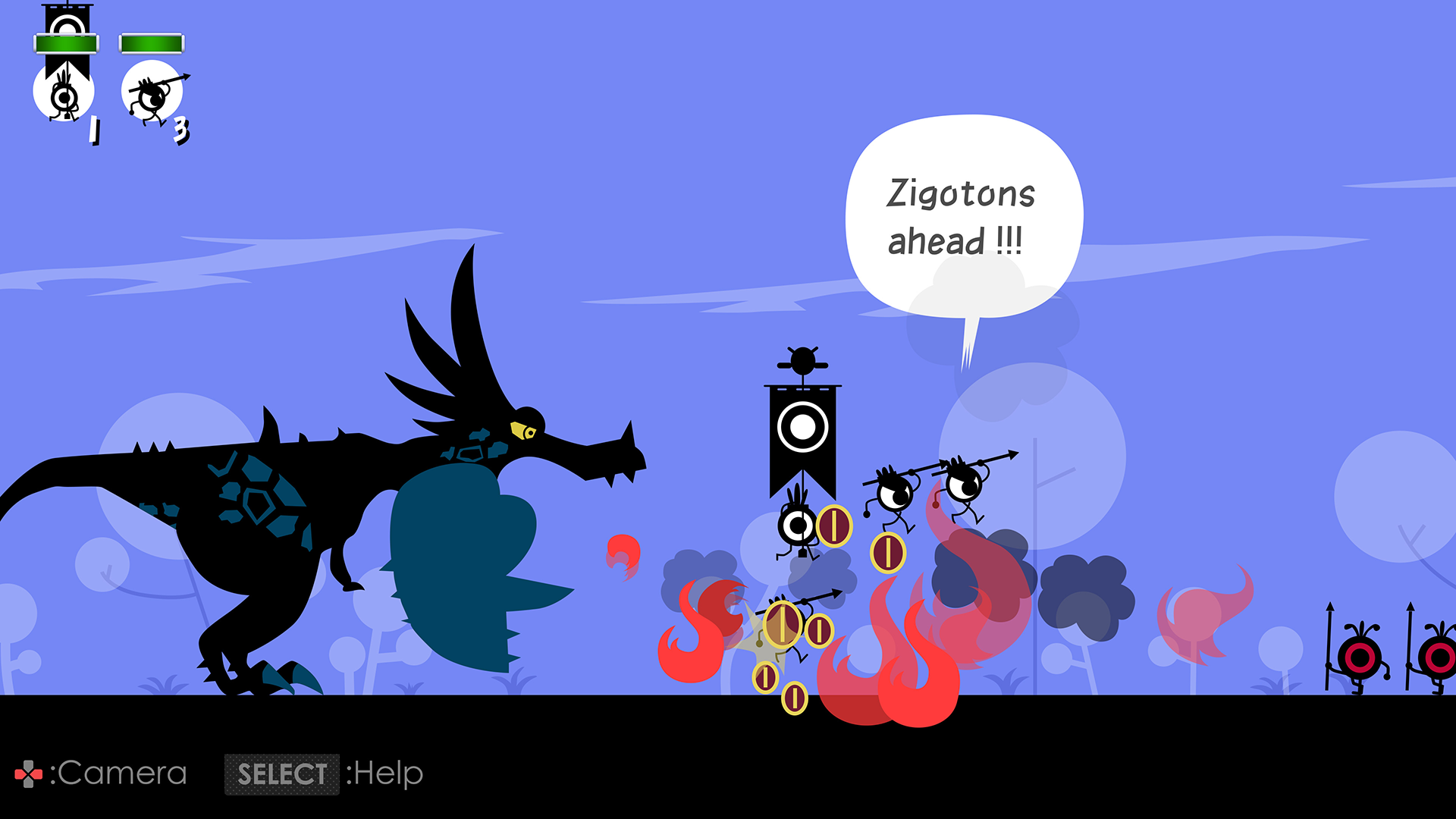 The charming Patapon tribesfolk have marched their way into 4K territory with the launch of Patapon Remastered, available now as a digital download for PlayStation 4.

Originally released in 2007 for the PlayStation Portable, the 2D rhythm-action game wowed players with its catchy music (you’re chanting it already, aren’t you?) and innovative gameplay, quickly becoming an iconic franchise for the house of Sony. These cute but deadly warriors heed only the command of their absent God, dictated through the booming beat of a divine war drum. Now that their deity has returned, the Patapon may finally rally and reclaim their homeland from the evil Zigotons.

Don’t be fooled by the artwork — Patapon‘s bubbling cauldron of genres came together really well to entertain players of all stripes. The rhythm aspect aside, there’s a strong strategy element involved in terms of building, customizing, and positioning one’s army, all of which needs to be tweaked according to the situation. As for variety, the games comes with more than 30 missions that vary between hunting, escorting, and fighting, with boss battles to boot.

Patapon Remastered is listed on the PlayStation Store for $19.60. Those who prefer a physical copy may pick up the Blu-ray Disc version on 21 September for $28.90, which will also come with a special Dynamic Theme voucher while stocks last.

Ade thinks there's nothing quite like a good game and a snug headcrab. He grew up with HIDEO KOJIMA's Metal Gear Solid, lives for RPGs, and is waiting for light guns to make their comeback.
Previous post Persona 5 animated series airing in 2018
Next post Here are all the new ‘Originals’ anime hitting Netflix soon