Home / Latest / Games / Gears of War 4 gets early launch trailer, will have split-screen co-op for PC

Gears of War 4 gets early launch trailer, will have split-screen co-op for PC 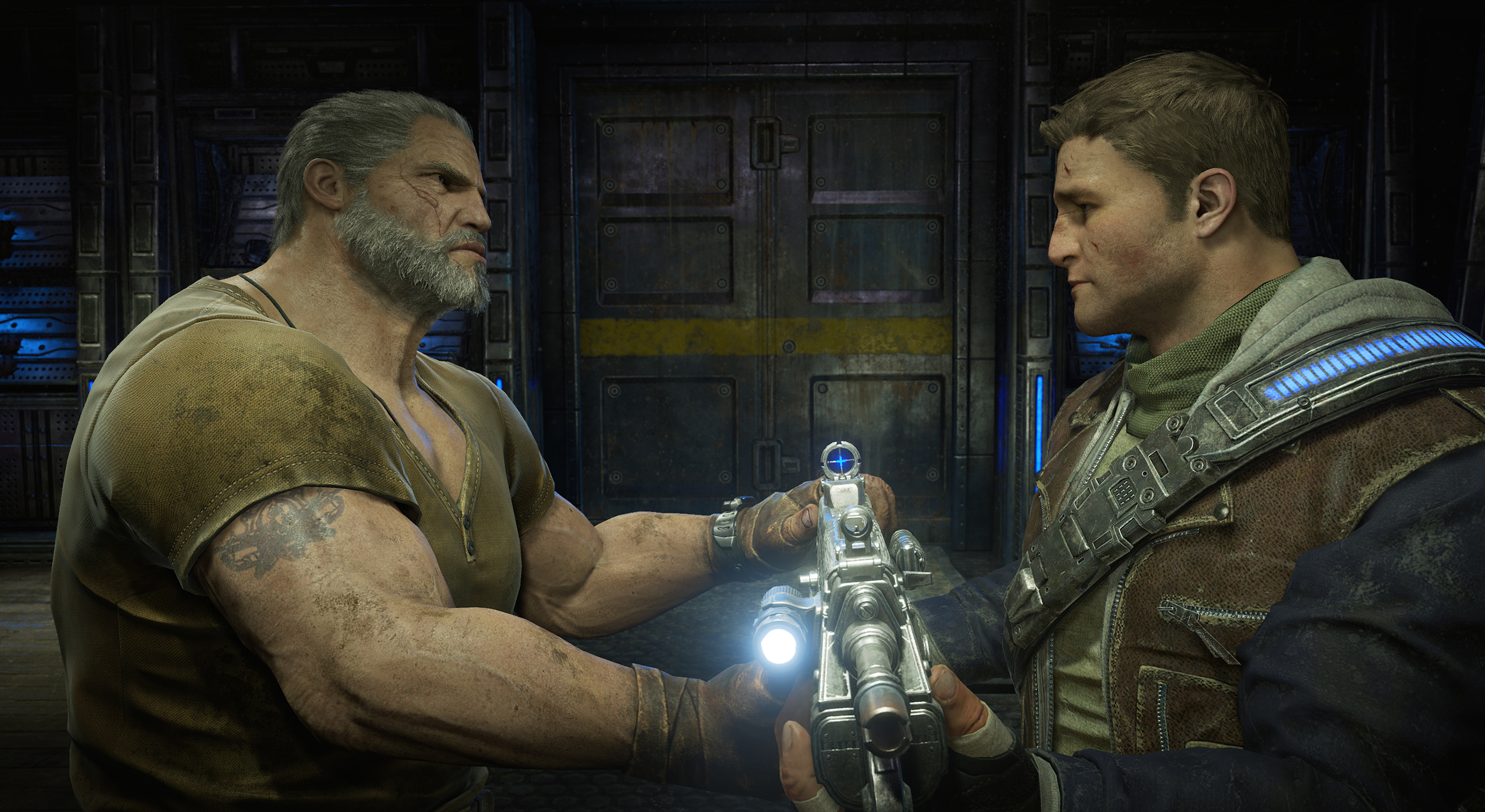 To remind us about Gears of War 4’s impending release on 11 October, Microsoft has released an early launch trailer showcasing some exciting new scenes.

Gears of War 4 takes place 25 years after Marcus Fenix and Delta Squad eliminated the Locust horde, ending the war and the original trilogy. Peace lasted long enough for Sera to rebuild, but not long enough for Marcus to live out the rest of his days in comfort. A new enemy called the Swarm has invaded and it’s up his son, JD, to fight back.

He won’t be going at it alone, though. The trailer always shows JD’s friends, Del and Kait, standing beside him, reinforcing the fact that campaign co-op will be a huge factor for Gears of War 4.

To that end, a PC Gamer interview with technical director Mike Rayner reveals that the PC version of Gears of War 4 will have split-screen co-op, LAN support, as well as cross-play with the Xbox One console.

Rayner said that adding split-screen was a “labor of love” for the development team since they had to consider multiple inputs, UI placement, aspect ratios and more. Nonetheless, they went through with it after hearing feedback for Gears of War Ultimate Edition, the studio’s debut release earlier this year.

The Coalition – Gears of War’s new developers – is clearly intent on a strong release for PC, a move that will no doubt garner them plenty of favor with the PC gaming community. What’s more, it helps demonstrate Microsoft’s current plans for Xbox Live, reaffirming earlier promises of letting PC and console owners play with one another.

Gears of War 4 launches for Windows 10 PCs and Xbox One on 11 October.

Ade thinks there's nothing quite like a good game and a snug headcrab. He grew up with HIDEO KOJIMA's Metal Gear Solid, lives for RPGs, and is waiting for light guns to make their comeback.
Previous post TGS Impression: Jackal Assault in CoD: Infinite Warfare is another PS VR masterpiece
Next post Singaporean team heads to Overwatch World Cup 2016