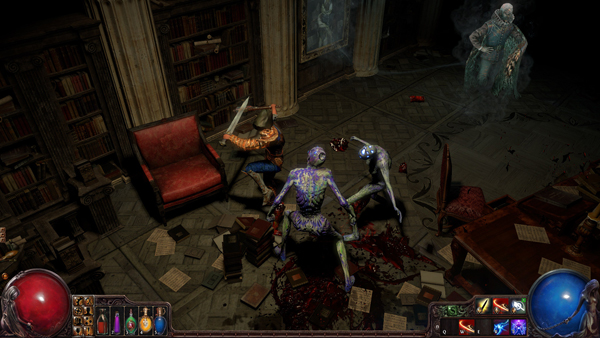 Path of Exile, hosted by Garena for Singapore and Malaysia, will enter Open Beta on 21 November, 12PM. There will be no wipes as the game progresses into a full release, so feel free to hop on-board now.

The action RPG’s stint in Asia has been going really well it seems. Garena’s Director of Strategic Partnership, Jason Ng, shared that, “The response for the Closed Beta was exceptional.”

Chris Wilson of Grinding Gear Games echoed the sentiment. “It has been great getting feedback from this new community and we’re looking forward to seeing a similar level of success in the Open Beta.”

The Open Beta will be accessible via the Garena+ client, which you may download from the official website. Players who’ve participated in the Closed Beta and reached Level 15 will receive a specially designed Garemon pet; an announcement will be made once the pet has been credited to all eligible accounts.

You may visit the official portal at poe.garena.com.

Do bear in mind that you can also play the international version run by GGG instead. I successfully logged in on the Singapore gateway as of time of writing (9AM SGT), so you’re free to decide which service to play on.

We’ll be sharing our thoughts on Path of Exile in the coming days. Do keep a look out for that to learn if there’s any significant difference between the two versions.

Ade thinks there's nothing quite like a good game and a snug headcrab. He grew up with HIDEO KOJIMA's Metal Gear Solid, lives for RPGs, and is waiting for light guns to make their comeback.
Previous post It’s A Huge Seal, Get Your Wallets!
Next post Get Serious on iOS Gaming with Logitech’s PowerShell