Game of Thrones Gets The 8-bit Platformer Treatment 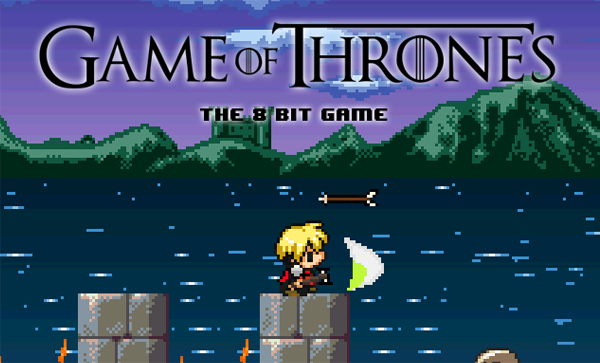 Now this isn’t an official product by any means, but that doesn’t mean it’s not fun.

A Spanish comic artist has taken the time to craft this little gem using Arcade Game Studio, and it even includes 8-bit covers of the “Game of Thrones” and “Rains of Castamere” themes. It’s a simple platformer but really, you’re just playing it for the novelty.

According to its official description:

“In this game you will play with 4 different characters of the TV show (and books, of course), each one with different attacks and [abilities], through 4 levels full of enemies and challenges, based on different parts of the saga.”

Jon Snow has the ability to call forth his adorable direwolf, so does that mean he actually knows something, unlike what Ygritte claims? We won’t spoil the rest of the characters for you so go have a swing at it here – the download comes in at 68.1MB. Since its freeware, go ahead and share it with your friends before the rest of the internet starts overwhelming the server.

Ade thinks there's nothing quite like a good game and a snug headcrab. He grew up with HIDEO KOJIMA's Metal Gear Solid, lives for RPGs, and is waiting for light guns to make their comeback.
Previous post Valve Announces Steam Family Sharing, Closed Beta Next Week
Next post PlayStation 4 Launches Dec 2013 in Singapore and Asia