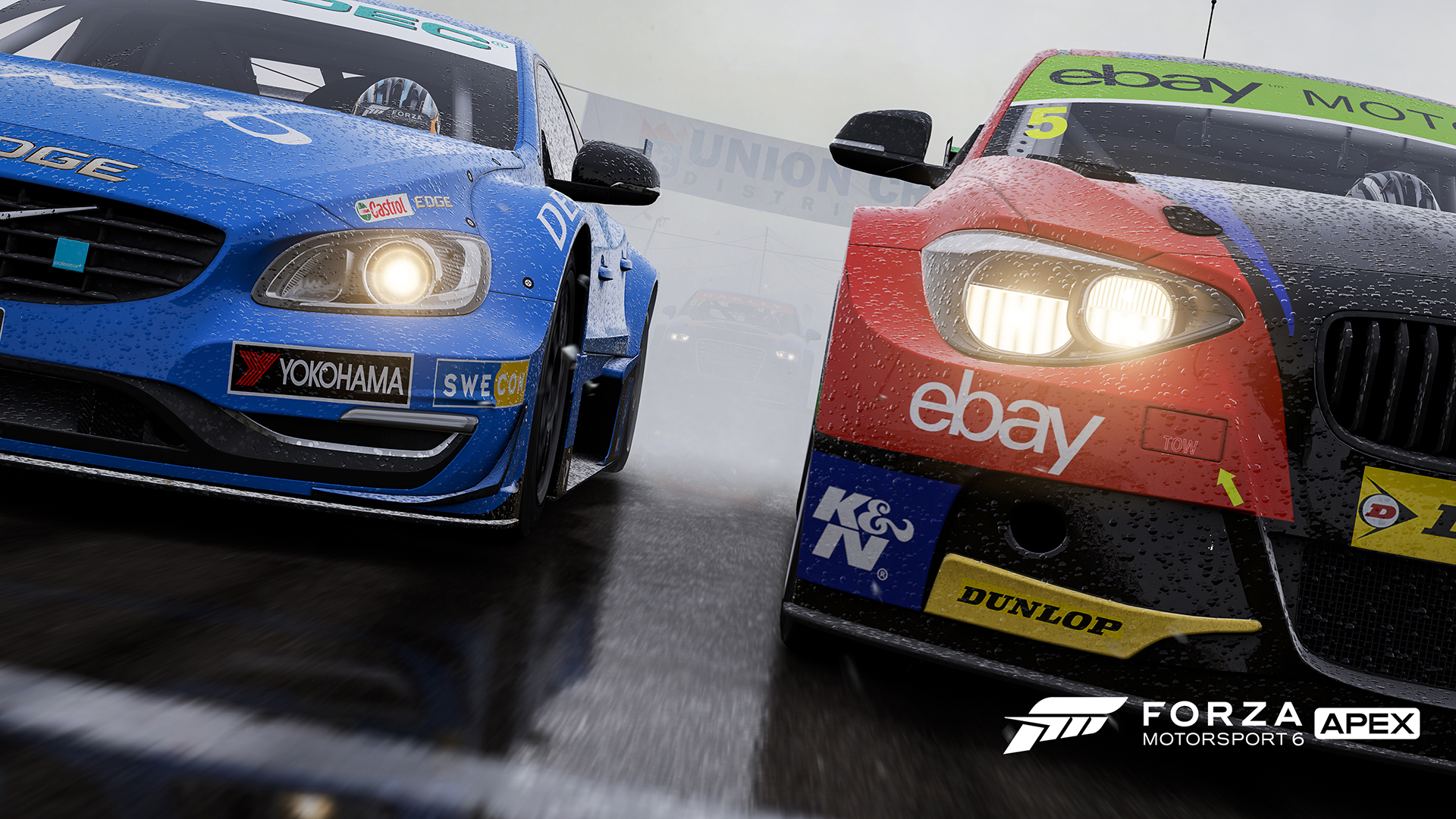 An Open Beta for Forza Motorsport 6: Apex is currently underway, with a slew of updates promised throughout the season.

In terms of numbers, we’re looking at 63 cars, 20 track configurations, six locations, and a 12-event Showcase Tour. Each car sports working headlights, doors and beautifully detailed interiors, with full damage modeling to boot – sure to please automobile enthusiasts of all stripes.

Microsoft is serious about getting back into PC gaming, so long as it involves Windows 10. Taking advantage of DirectX 12, the game will support a wide-range of hardware setups. A suitably beefy machine can expect to run Apex at 4K resolutions with 60fps, whereas most modern systems will be looking at 1080p 60fps.

An option to dynamically modify graphics settings helps to maintain desired framerates during gameplay. That is in addition to more traditional options such as performance or visual quality targeting.

A breakdown of recommended hardware specifications can be found on the announcement page.

This is, however, still a beta so a problem or two may crop up. Turning to the Support forum seems viable enough at this point, with Turn 10 maintaining a list of known issues. In fact, hanging around the forum seems like a good idea in general – after all, some open betas are still about gathering player feedback.

That feedback will also shape the franchise’s future on its new platform. In an interview with PC Gamer, Microsoft’s head of Xbox, Phil Spencer, says “we didn’t build Forza 6 with the idea that it would go to PC, so instead of kind of creating the wrong experience for the PC community that’s there, we chose to do something less expensive for the customer and, to be honest, an experiment by us on what we could do.”

Here’s a link to Forza Motorsport 6: Apex on the Microsoft Store page.

Ade thinks there's nothing quite like a good game and a snug headcrab. He grew up with HIDEO KOJIMA's Metal Gear Solid, lives for RPGs, and is waiting for light guns to make their comeback.
Previous post Review: Uncharted 4 A Thief’s End (PS4)
Next post Gather your friends, co-op adventures await in Battleborn