Forge Weapons in a Shop Manned By Potatoes 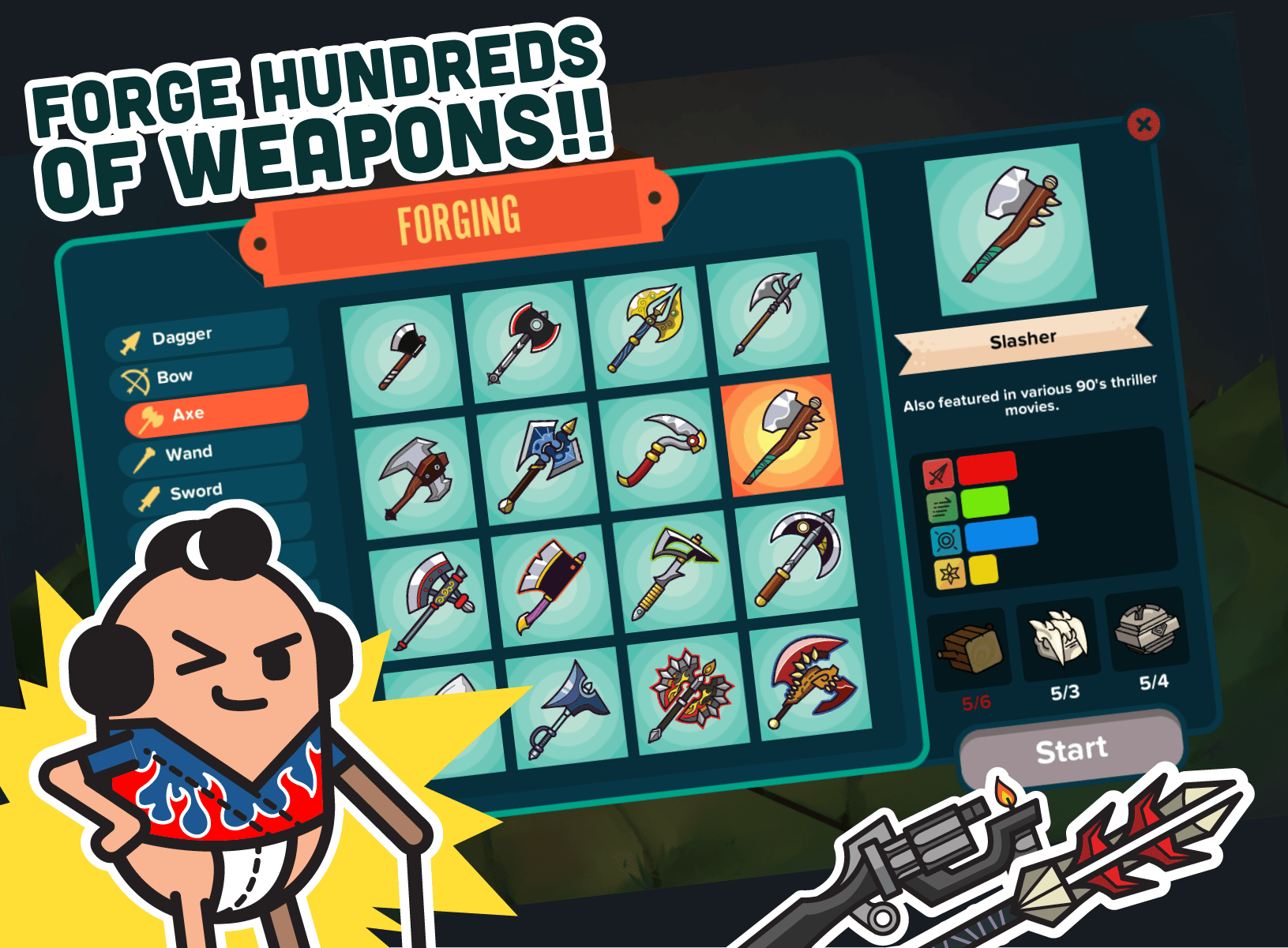 With countless RPGs already on the market and loads more on the way, developers have started looking at the age-old genre from a different perspective. At some point in time, the staff of Singapore-based Daylight Studios sat down and agreed that what the world needed was a game about an NPC weapon shop set in a potato universe. As far as Steam Greenlight is concerned, the world wants it too.

While Greenlight hasn’t exactly been a model for videogame curation, Holy Potatoes! A Weapon Shop?! certainly deserves our attention. This simulation game puts players in the shoes of a blacksmith, selling weapons to questing heroes. While an immediate comparison would be EasyGameStation’s Recettear: An Item Shop’s Tale, this game actually has more in common with Kairosoft’s Game Dev Story.

In Holy Potatoes! players will be responsible for researching and forging said weapons, all the while managing and growing their business.  We’re not talking just daggers and swords but also rifles and cannons because potatoes take their adventures very seriously.  A larger enterprise requires more workers too so yes, there are plenty of opportunities to overwork the hired smiths.

Build up a loyal following and you’ll get to know more about these heroes, as well as receive contracts and special weapon requests. The materials, relics and enchantments required don’t magically appear however, so out into the potato world you go. Apparently there are “10 legendary pop culture heroes” to encounter so here’s hoping for some outrageous weapon requests.

As a blacksmith, the main draw ultimately lies with forging. After picking a blueprint to start with—a total of 200 unlockable via research—there are four unique phases: Design, Craft, Polish, and Enchant, each led by a different smith whose stats and mood affect the outcome.

This may be Daylight Studios’ first foray into PC and Mac but this is in fact their sixth title. They debuted with the mobile game Reign of Heroes and have also collaborated with Konami to produce Hisho Collection Mall Empire. More recently, they’ve raised SG$975,000 in funding to develop Holy Potatoes! as well as to set up their mobile publishing subsidiary, Quest Drop. In short, the game is in very capable hands and players won’t be stranded with an abandoned prototype.

Holy Potatoes! A Weapon Shop?! is currently targeted for a Summer 2015 release. For Steam users that’s synonymous with one of the two largest annual sales, so here’s hoping they manage to get it out the door before then. There are no plans for a mobile port at the moment, according to a discussion post, although that might change once the game is released.

Personally I would love it if we could build a highly-controversial potato gun that splits your staff and customers into two opposing camps. That would make for an entertaining (and morally questionable) late-game event.

Ade thinks there's nothing quite like a good game and a snug headcrab. He grew up with HIDEO KOJIMA's Metal Gear Solid, lives for RPGs, and is waiting for light guns to make their comeback.
Previous post Battlefield Hardline Experiencing Connection Issues for Consoles
Next post Beta Premiere for Mobile ARPG 'Heart Castle' Begins