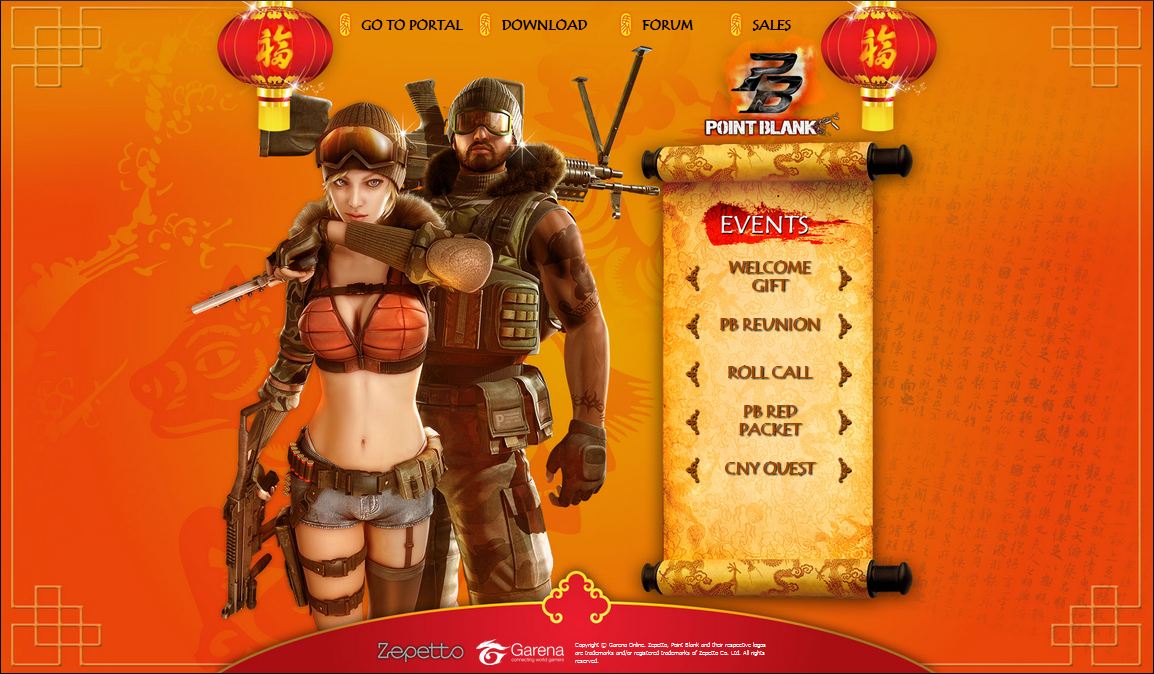 If you’ve been itching for a shooter lately then here’s an option. Point Blank, a free-to-play title by South Korean studio Zepetto, has entered open beta as of 23 January. It’s distributed to Singapore and Malaysia by Garena Online, so if you have their client installed already then you’re good to go.

This shouldn’t be confused with that incredibly fun Japanese arcade game of the mid-90s. Rather, this Point Blank is an online multiplayer shooter that’s not unlike most others when it comes to game modes. There is, however, one that breaks expectation: Escape Mode has one team controlling dinosaurs instead, T-Rex and all.

Being an Asian-developed game, there’s been plenty of thought given in the customization department. If choosing your look right down to the belt and holster sounds appealing then you’re definitely in good hands.

To celebrate the open beta, those who join in the first week get to participate in the Lunar New Year events, where there’ll be themed maps and a Special Weapon Series. Additionally, this latest version of the game features a “new, integral skill and quest system” that should make things more interesting in the long-run.

Point Blank currently operates in 64 countries, so there is a great deal of popularity behind it. For more information on the game or the New Year events, refer to their official site.

Ade thinks there's nothing quite like a good game and a snug headcrab. He grew up with HIDEO KOJIMA's Metal Gear Solid, lives for RPGs, and is waiting for light guns to make their comeback.
Previous post Nation vs. Nation Combat in Next World of Tanks Update
Next post You Can Now Build Your LEGO Dreams With Chrome