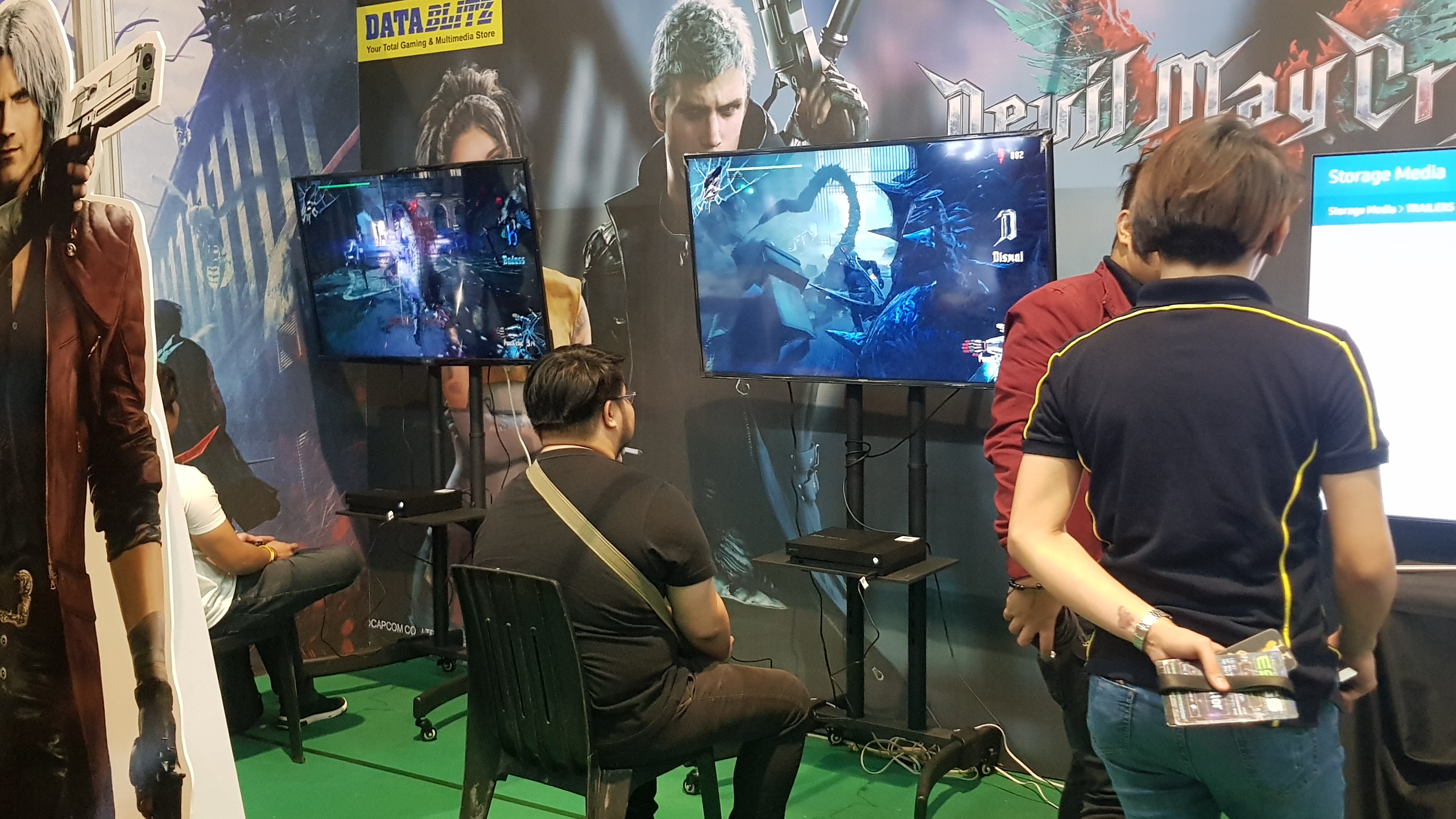 Capcom is letting attendees at the Philippines’ eSports and Gaming Summit (ESGS) experience Devil May Cry 5 (DMC5). I got a chance to play the game as Nero, going up against Goliath, the massive beast of a boss we see on the trailer.

Like the Resident Evil 2 remake, I got to play the game on the Xbox One devkit, so again, this doesn’t seem to be the actual final build.

That being said, DMC5 looks absolutely polished and ready to take over my console for the rest of the year. Seeing previous gameplay videos already had me convinced that the game would look beautiful. Seeing it in action though, on 4K screens, blew my mind.

The game is a lovely marriage of the graphical elements of the classic Devil May Cry series and the not-so-favored reboot. And with so much going on in the background and the foreground as I bash monsters with Nero, it’s amazing to see just how fast and fluid the combat is.

Switching from one demon to another, performing stylish combos, and just getting into the groove of things is a blast. I may not be used to the Xbox One controller, but that didn’t deter me from figuring things out quickly and just going at it. And despite the movement being smooth, fluid, and quick, there’s still that challenge of keeping the combos tight, and keeping the enemies down. It still has the fun and challenging Devil May Cry formula, just injected with even more adrenaline.

The clunky awkwardness of Nero’s arms is still there however and it is as I expected from the gameplay footage. I’m still not convinced about the arm parts just lying around. The way the entire arm mechanic works just seems inconvenient for me. The fact that you have to use up arms to get to the part you want for a big stylish move, and then after a fight, you will have to actively search for the parts as well seems overly complicated.  That one will take some getting used to.

When you’re in combat however, I felt that I could easily ignore the awkwardness of using up arms and essentially switching up abilities once I get into the rhythm of fighting the demons. And it’s a rhythm I strive to reach, especially when you’ve got that ridiculously catchy theme song playing in the background.

It’s also worth mentioning the absolute chaotic design of the levels as you push forward. The buildings look completely trashed, the terrain is uneven, the background is a mix of medieval and modern and cyberpunk. I remember one of the key strengths of the reboot is the trippy level design that shifts as you press on and I’m glad this is one element that Hideaki Itsuno took from the reboot.

That chaos is taken to another level as you battle Goliath. I knew the level would break down during the fight, but I was too immersed to even remember to expect the level changing. Another thing that adds to the chaos is you losing your reserve of arms. There will be some lying around on the third level switch, and that will likely be the case for the rest of the bosses, but that also means that if you use them too early, it would mean a greater challenge for you.

Also, I wasn’t able to do it during my demo, but I have seen it from another attendee that it is definitely possible to grab Goliath by the tail and swing him around like he was just a little stuffed toy. It could be because he picked the right arm and attacked at the right position and moment, but I can’t wait to recreate that when the game is released.

Never talk to Nadine about good games with good narratives. She may never stop talking. Other topics she can't stop talking about: games in general, really, consumer tech, and pop culture.
Previous post First Impressions: Resident Evil 2 at ESGS
Next post The Evil Within 2 just got a bunch of stuff thrown in, including “Akumu” Difficulty.