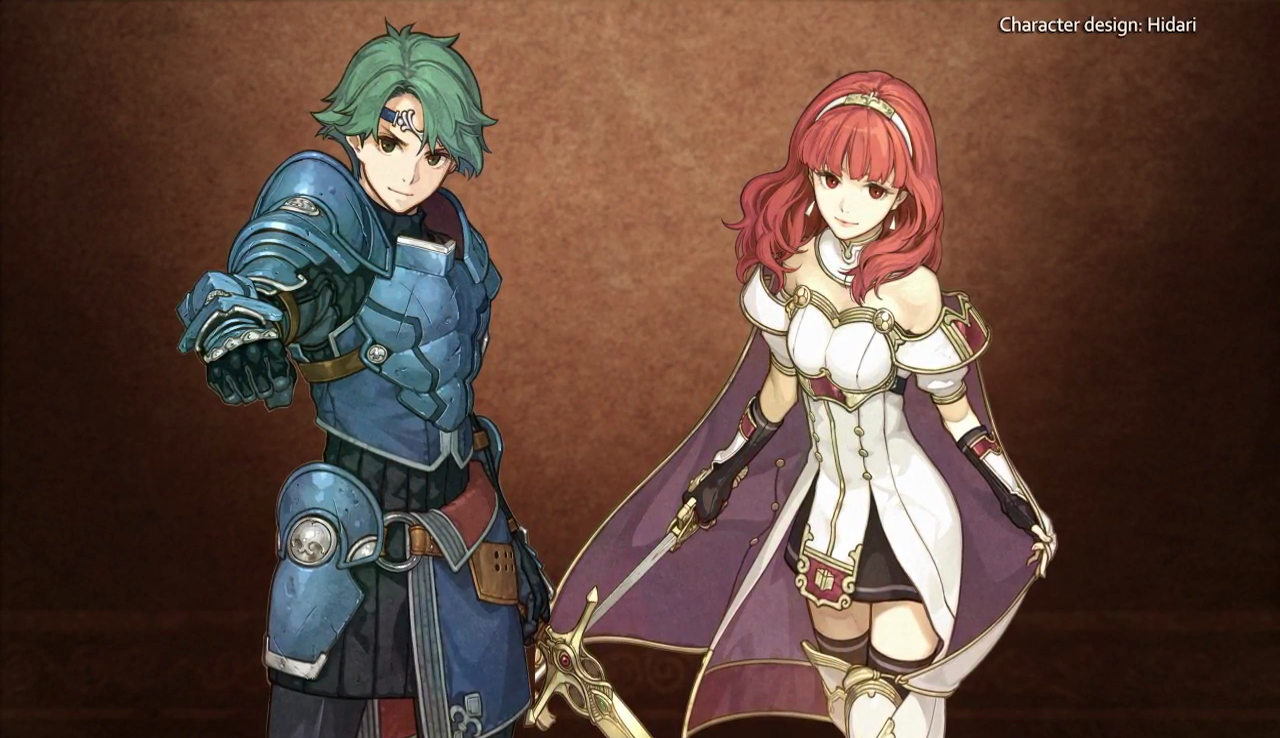 Nintendo ran a Fire Emblem-focused live stream earlier this morning, providing new information for the beloved turn-based tactical RPG franchise. Basically, it’s coming to every platform available to them. We’ve provided timestamps for the relevant announcements unless an official video has already been uploaded.

Next Fire Emblem installment coming to Switch in 2018

And that’s all we know – they haven’t even settled on a name for it. This new Fire Emblem game will be the first on a “home console” since Fire Emblem: Radiant Dawn on the Wii in 2008.

Come May 19, players will get to purchase Fire Emblem Echoes: Shadows of Valentia via the 3DS eShop. It’s a complete remake of 1992’s Fire Emblem Gaiden, the second in the series, which has remained a Japanese exclusive to this day.

Shadows of Valentia stars lifelong friends Alm and Celica, who are caught in a tragic war between two kingdoms on the continent of Valentia. Nintendo says the game will feature story cut scenes from Studio Khara (Rebuild of Evangelion movies) and retain all the systems that made the original unique: free-roaming, dungeons, and a flexible progression system – “It’s Fire Emblem with a twist.”

Amiibo figurines of both protagonists will release as a two-pack on the same day.

The Omega Force adaption of Fire Emblem is coming in fall 2017 and Nintendo gave us a brief glimpse at some gameplay footage – not that we couldn’t imagine what it’d look like.

More pertinent is the reveal that Fire Emblem Warriors is developed for the Switch and New Nintendo 3DS systems.

Fire Emblem Heroes features an original story with new hand drawn art and newly recorded voices. As expected, players can summon various heroes from across franchise history, where battles take place on an “eight-by-six grid designed to fit on a smartphone screen.”

Summoning currency, Orbs, can be acquired through gameplay or purchased via the in-game shop. The player will get five summoning stones each time, the color of which “represents the attribute of the hero you can summon,” making the process a tad bit less random. Consecutive summons will cost less, until all five stones from that session are used up. And yes, there will be star rankings for summons, with levels, evolutions, and everything that entails.

Other modes include a training tower for “experience and rewards”, special maps for seasonal events, and arena duels to get “high scores through successive battles.”

All in all, it’s everything one would expect from a smartphone game, only steeped in Fire Emblem lore.

A special pre-launch event called “Choose Your Legends” is now live, allowing players to vote for their favorite characters.

The full stream is 19 minutes long, which we recommend watching if you have the time.

Ade thinks there's nothing quite like a good game and a snug headcrab. He grew up with HIDEO KOJIMA's Metal Gear Solid, lives for RPGs, and is waiting for light guns to make their comeback.
Previous post 10 exclusives to consider for the PlayStation 4 Pro
Next post Team Flash replaces entire LoL line-up with Rigel