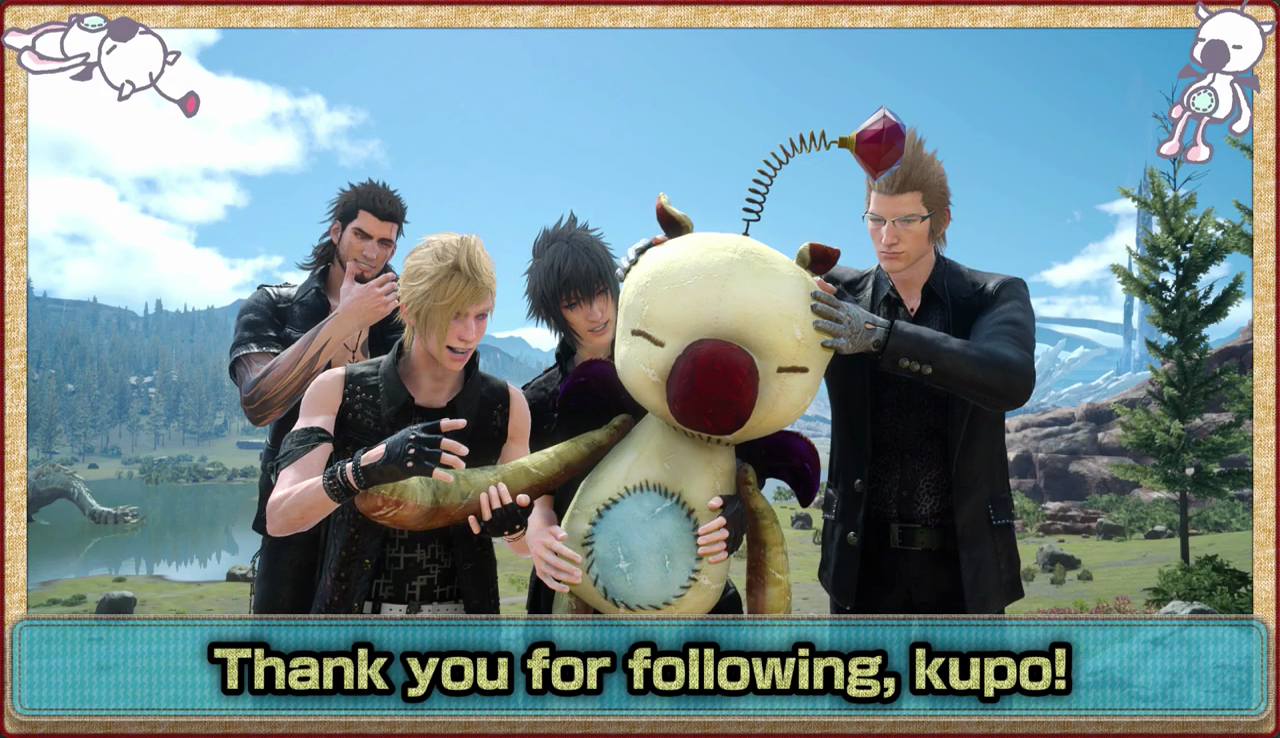 As part of an ongoing Twitter campaign, Square Enix have published a short video where Noctis and crew use a poor Moogle plush toy as a decoy in Final Fantasy XV.

Called Moogle Collection, the Twitter campaign simply calls for new followers for both its English and Japanese accounts. Past rewards include desktop wallpapers and a sound pack for iOS and Android devices, with this video being the second-last milestone.

In the game, the Moogle decoy is as straightforward as it gets: throw the squeaky toy on the ground and all enemies promptly divert their attention to it, for as long as it lasts. The Moogle doesn’t work on harder encounters such as the Behemoth but it’s a great tool for clumping weaker mobs together or for emergency getaways.

The silliness of it all does juxtapose the serious undertones that the main trailers portray, although it shouldn’t come as a surprise to avid followers or long-time fans of the franchise – the games have had playful elements for as long as Moogles, Chocobos, and Cactuars have been around.

Of course, the real question now is whether Square Enix merchandising already have these stuffed Moogles in production.

Final Fantasy XV releases on PlayStation 4 and Xbox One on 29 November.

Ade thinks there's nothing quite like a good game and a snug headcrab. He grew up with HIDEO KOJIMA's Metal Gear Solid, lives for RPGs, and is waiting for light guns to make their comeback.
Previous post Battlefield 1 (PS4) Review – Battlefield is back!
Next post Razer and Nacon to make licensed pro-gaming PS4 controllers