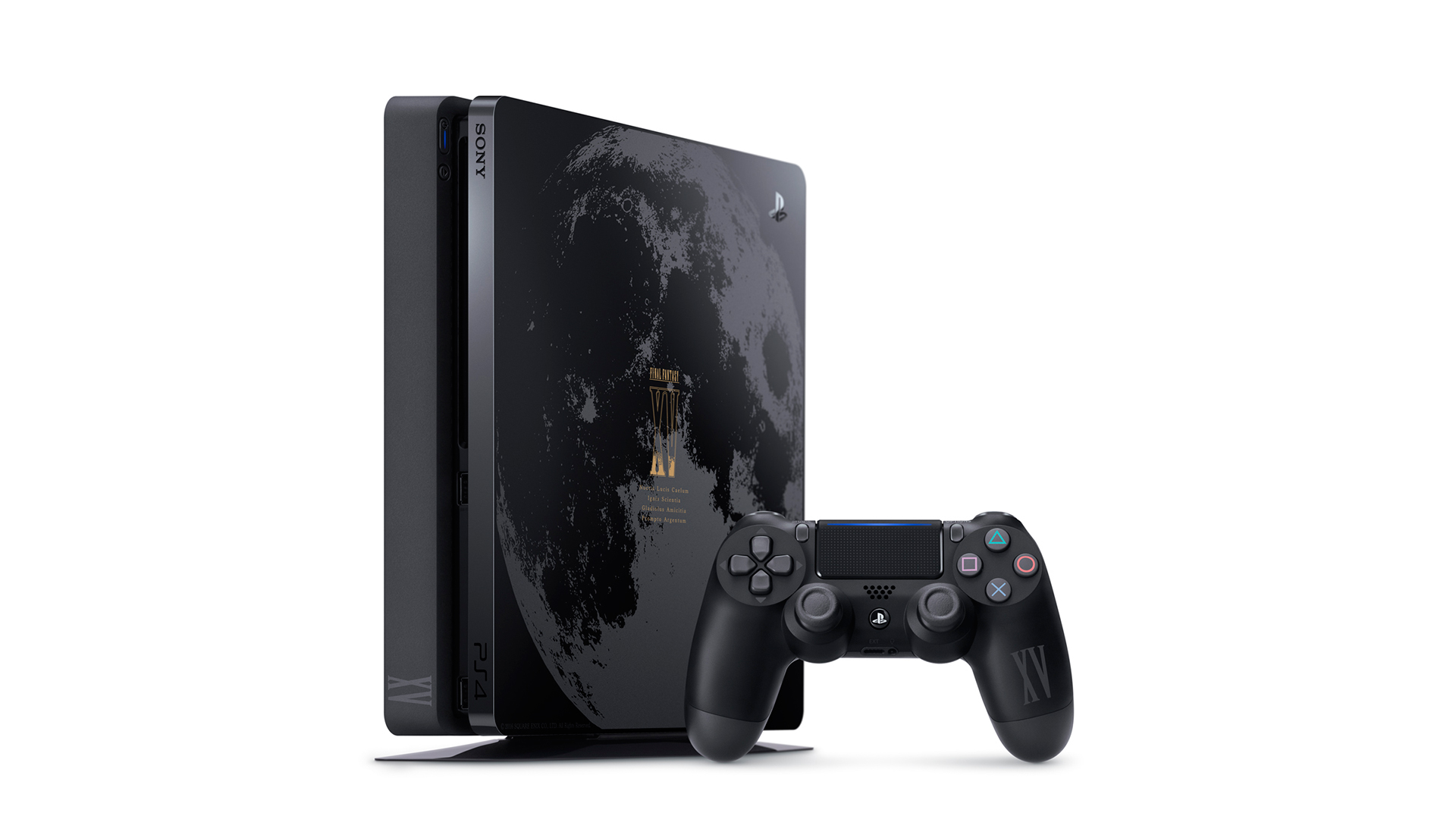 There’s so much riding on Final Fantasy XV that it’s still hard to believe it releases later this year. To help root us all in reality, Sony have announced the PlayStation 4 Final Fantasy XV Luna Edition set, available in limited quantities at a suggested retail price of $549.

Based on the new PlayStation 4 slim model (CUH-2000 series), the top surface of this limited edition console features a large royal grey print of the moon. At its centre is the main FF XV logo as well as the names of its four main characters, all printed in a bright gold.

Along the front-facing side is another print of the XV logo, this time in grey. A matching pair can be found on the bundled new DualShock 4 controller. 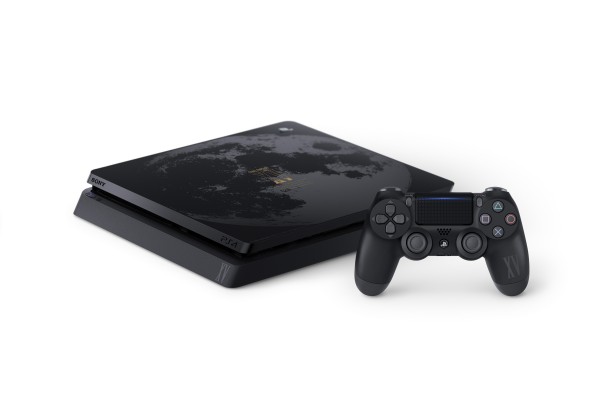 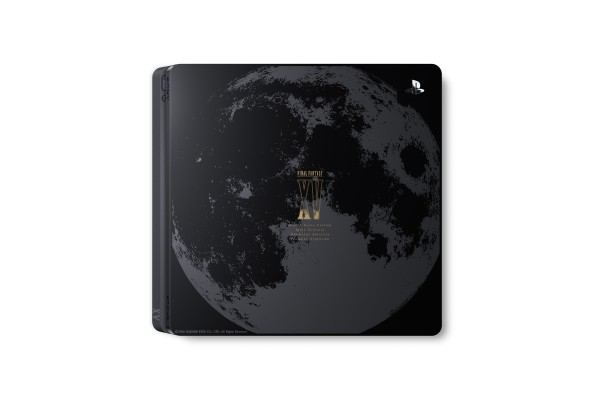 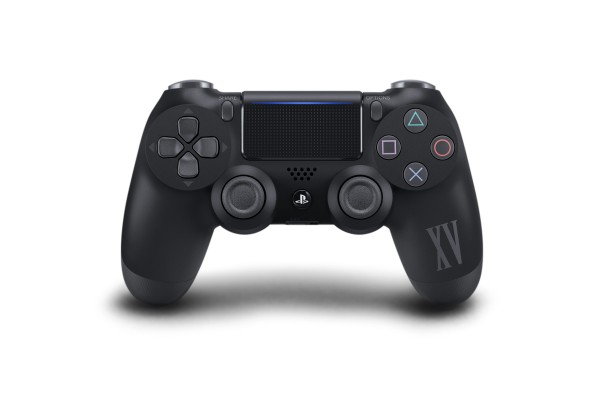 So why the moon? According to game director Hajime Tabata during Sony’s TGS 2016 press conference, it represents Noctis’ constant gazing at it. Of course, with this being Final Fantasy and the main heroine named Lunafreya, I’m sure there’s more to the story.

The full contents for this limited edition package, according to SIE Singapore, are as follows:

If there’s anything missing then it’s a copy of Kingsglaive: Final Fantasy XV, the full-length CG movie that’s essentially a precursor to the game.

By comparison, the Japanese version comes with a rental copy of Kingsglaive whereas the US gets a pricier bundle that swaps out FF XV for the Deluxe Edition (steelbook case containing a copy of the game and Kingsglaive, and a handful of DLC).

The latter actually makes sense – if someone’s going to buy a console decked out in Final Fantasy XV then, chances are, they want the movie too.

The PlayStation 4 Final Fantasy XV Luna Edition set will be available on 29 November 2016.

Ade thinks there's nothing quite like a good game and a snug headcrab. He grew up with HIDEO KOJIMA's Metal Gear Solid, lives for RPGs, and is waiting for light guns to make their comeback.
Previous post Close-up look at the new PlayStation 4 ‘Slim’
Next post Mafia III’s DLCs, expansions, and system requirements