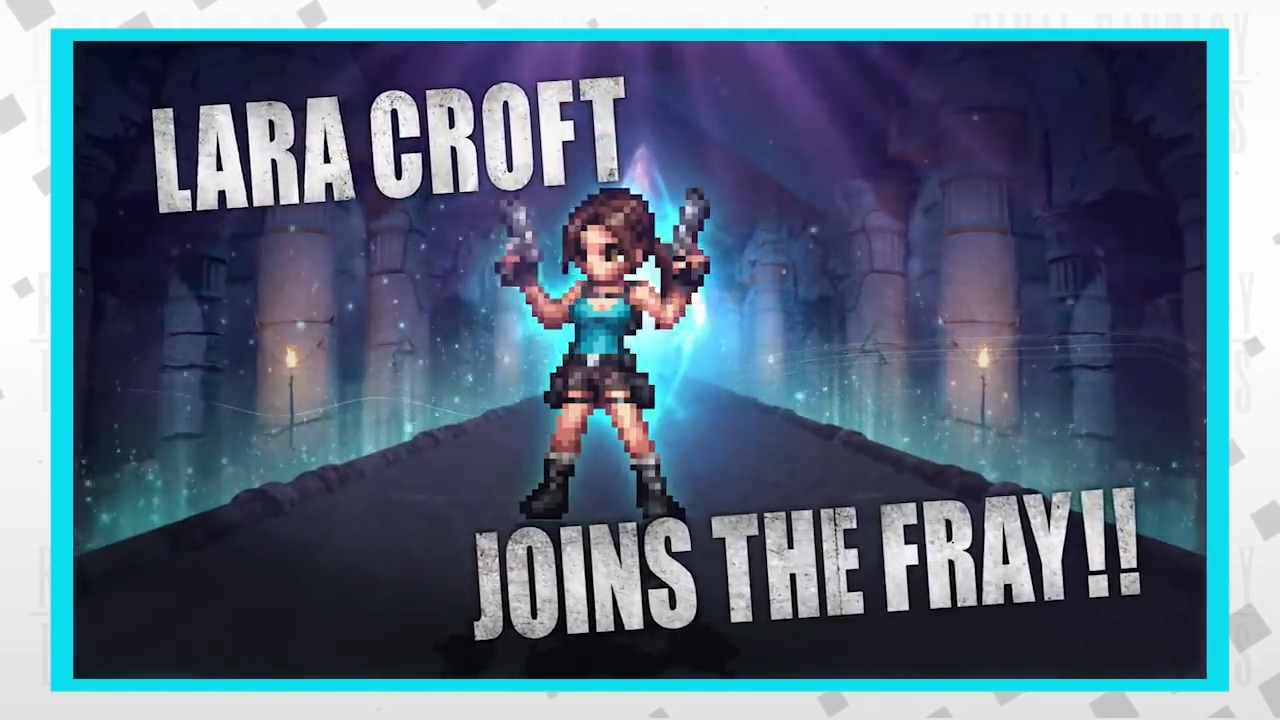 Square Enix and gumi Asia’s Final Fantasy Brave Exvius has no qualms about looking westward for its in-game collaborations. This time, they’ve turned to gaming icon Lara Croft for a new character, event, and raid, just as the game celebrates hitting 30 million downloads.

The crossover is tied to the upcoming theatrical release of Tomb Raider, an adaptation of Crystal Dynamic’s 2013 video game reboot.

From 9 to 22 March 2018, players will have access to the Temple of Osiris themed event, where clearing the first stage awards the new Lara Croft character. She’s a base 5-star unit with a penchant for treasure and guns, and a TM mastery that boosts stats and resistances.

gumi has rendered sprite Lara in her classic blue top and cropped shorts. You’ll get to see her showing off her gun-fu in the trailer below, once all the Temple of Osiris footage is over.

Separately, players can pick up a five-star Ashe and Lightning for free via the tutorial gacha and Rookie Mission respectively. That only goes to show how far the latter has fallen down the tree compared to Brave Exvius’ early months, although power scaling is almost always inevitable in such games.

As for the 30 million celebrations, gumi have several things in store. We’ve summarized them below in order of start dates:

If you’re looking for something else to play during those timer cooldowns, Square Enix also has Dissidia Final Fantasy: Opera Omnia and Final Fantasy XV: Pocket Edition that are worth trying.

Ade thinks there's nothing quite like a good game and a snug headcrab. He grew up with HIDEO KOJIMA's Metal Gear Solid, lives for RPGs, and is waiting for light guns to make their comeback.
Previous post Surface in Singapore: Microsoft expands device line-up and opens dedicated store
Next post Dig up Sea of Thieves’ Flameheart in the next Loot Gaming Crate