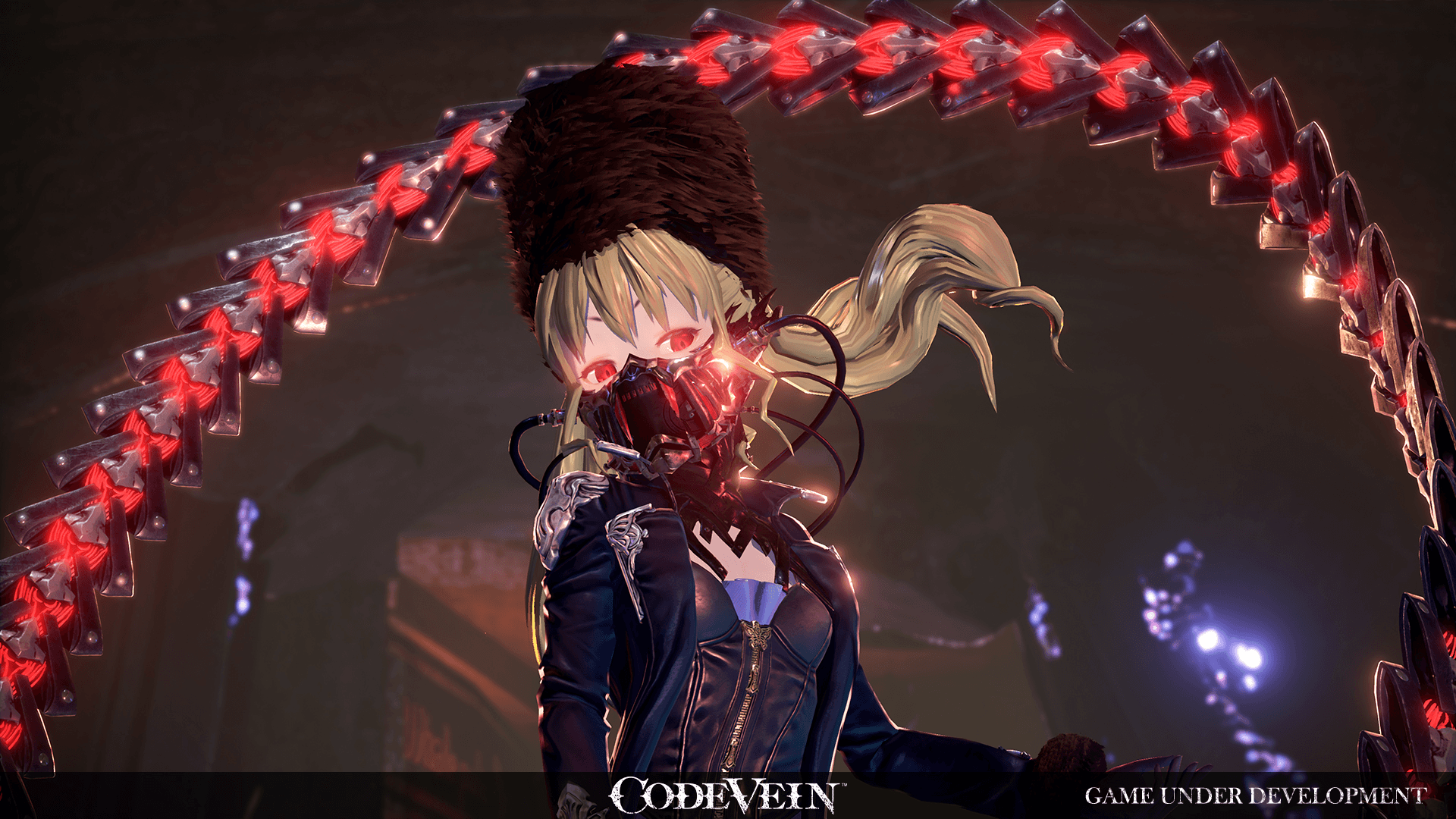 The official announcement for Bandai Namco’s Code Vein has dropped. The upcoming action RPG has players fill the role of a Revenant, who can enhance their abilities by draining the blood of their enemies with the Blood Veil. Developed by the team behind God Eater, it’s scheduled to release for “major home consoles” in 2018.

“In the not too distant future, a mysterious disaster has brought collapse to the world, as we know it. Towering skyscrapers, once symbols of prosperity, are now lifeless graves of humanity’s past pierced by the Thorns of Judgment. At the center of the destruction lies a hidden society of Revenants called Vein. This final stronghold is where the remaining few fight to survive, blessed with Gifts of power in exchange for their memories and a thirst for blood. Give into the bloodlust fully and risk becoming one of the Lost, fiendish ghouls devoid of any remaining humanity.” 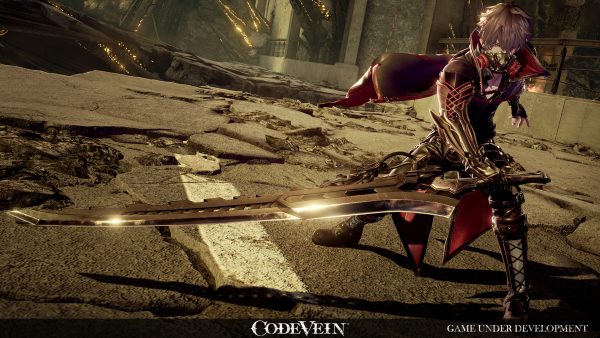 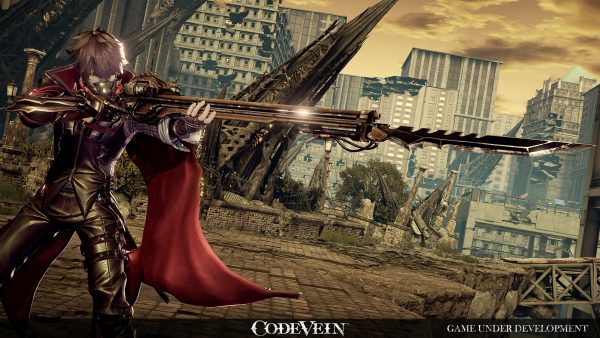 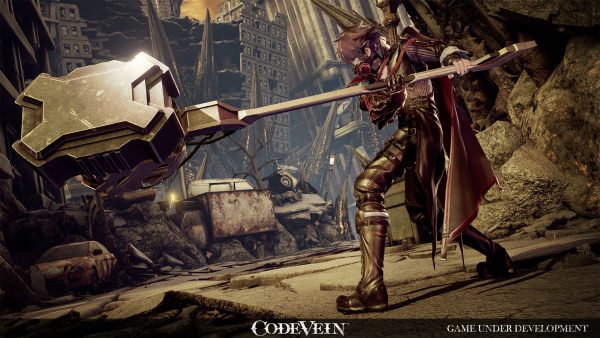 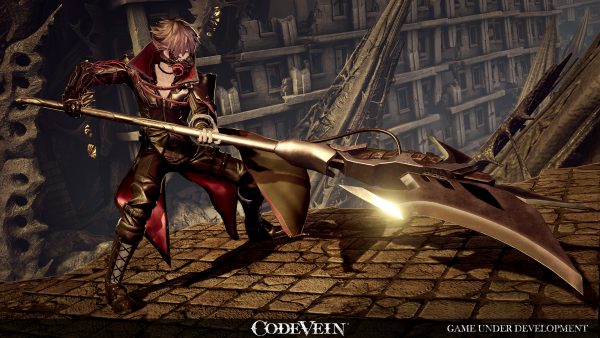 We’re told that the player character stumbles into this desolate world so, naturally, you’re looking for the way out. Accompanying us on the journey is a companion of our choosing, picked “from the various residents of Vein.” There appears to be a healthy selection of weapons to choose from, working in conjunction with Gifts to grant players the freedom to adapt and strategize. 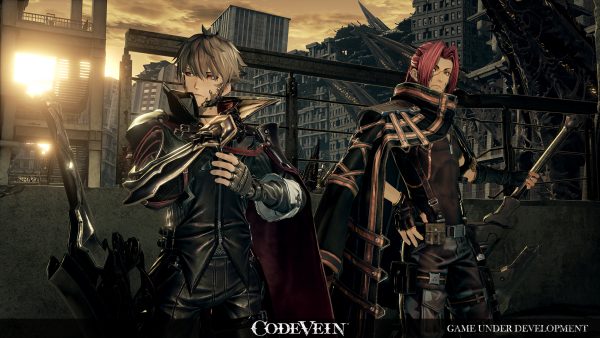 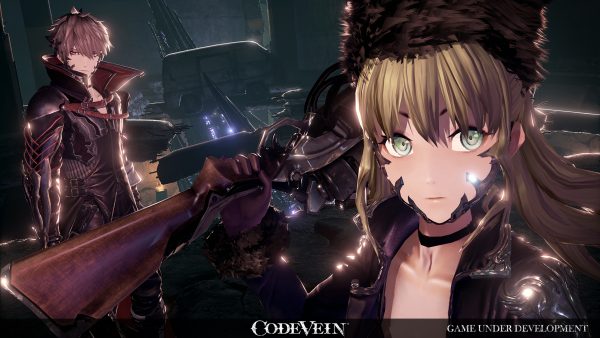 As for the whole vampirism aspect, it’s apparently done through blood draining devices called Blood Veils – we assume it’s the cool-looking masks the characters are wearing. 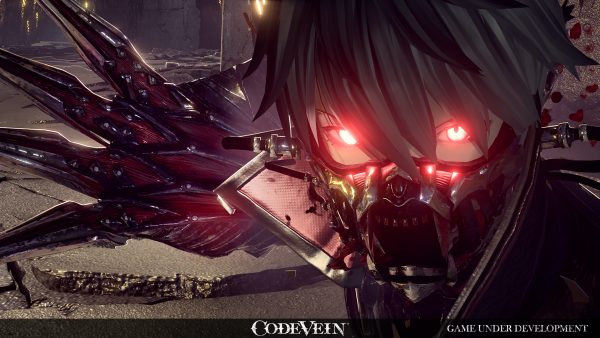 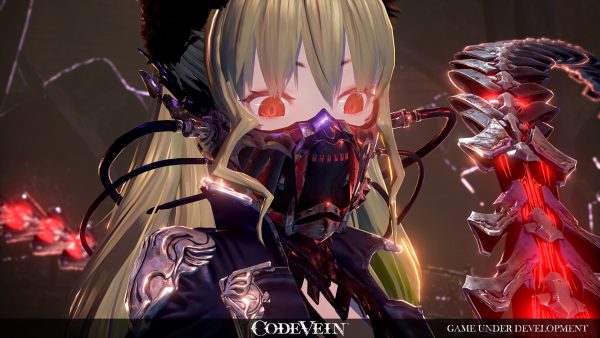 Code Vein is helmed by the same lead developers that made Bandai Namco’s God Eater series. Siliconera picked through a Famitsu interview to learn that the game is built on Unreal Engine 4 and is designed to be a “dramatic dungeon-exploring action RPG,” highlighted by its tense explorations.

Given that the announcement mentioned how enemies and monster bosses will “put players’ combat skills to the test” we’re likely looking at a game inspired by the difficulty of Dark Souls. The teaser trailer certainly points to it, both aesthetically and with the blatant #PrepareToDine messaging.

According to that Famitsu interview, a new trailer is expected for early May.

Ade thinks there's nothing quite like a good game and a snug headcrab. He grew up with HIDEO KOJIMA's Metal Gear Solid, lives for RPGs, and is waiting for light guns to make their comeback.
Previous post We may get the SNES Classic this Christmas
Next post Game of Thrones – Winter has arrived (15 new photos revealed)