Home / Latest / Games / Fear Not, Troy Baker as the Joker Is Actually Good

Fear Not, Troy Baker as the Joker Is Actually Good 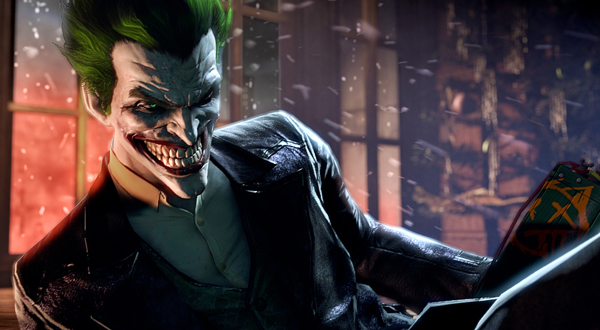 Eric Johnson replaces Michael Ironside as Sam Fisher. Kiefer Sutherland takes over David Hayter as Snake. Gaming legacies are swapping out their iconic voice actors and these two are not alone, with the upcoming Batman: Arkham Origins doing just the same.

Mark Hamil has been famously voicing the Joker since the early ‘90s, but in Arkham Origins it’ll be Troy Baker in the sound booth instead. You may recognize Baker for his recent roles as Joel in The Last of Us and Booker DeWitt in BioShock Infinite, both of which have been performed admirably. However, the Joker is in an entirely different ballpark from grizzled male protagonists, so here’s a panel from New York Comic Con that eases our collective fears.

I think that settles it, then.

Batman: Arkham Origins is set to release later this month for the PC, PlayStation 3, Xbox 360 and the Wii U.

Ade thinks there's nothing quite like a good game and a snug headcrab. He grew up with HIDEO KOJIMA's Metal Gear Solid, lives for RPGs, and is waiting for light guns to make their comeback.
Previous post Keep that PS3, Kingdom Hearts HD 2.5 ReMIX Releases in 2014
Next post Watch Dogs Shoved To Spring 2014 Release