Home / Latest / Games / Fable Anniversary to be released this February

Fable Anniversary to be released this February 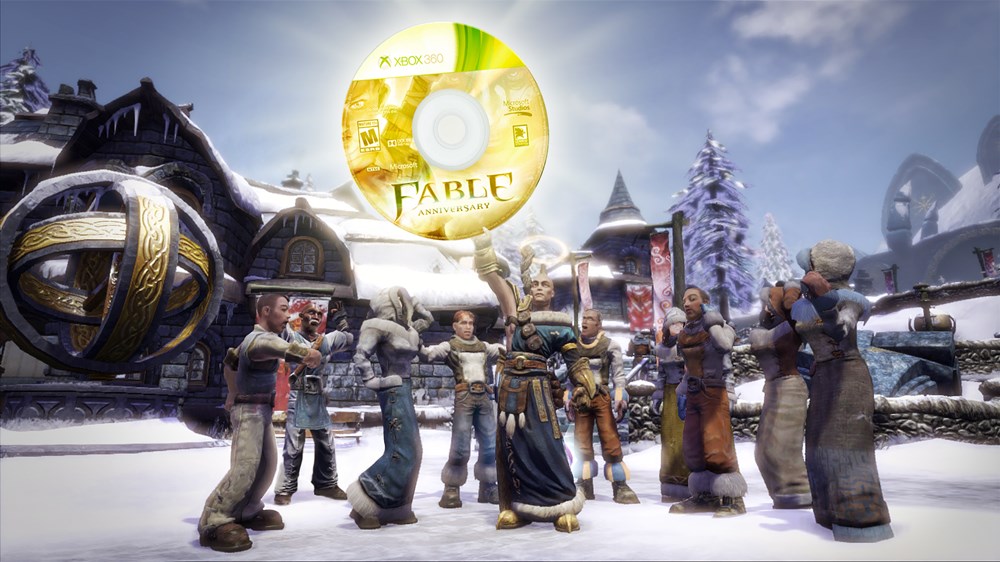 The game, which is a HD remake of Fable: The Lost Chapters, promises a new user interface, save system, remastered audio, 1080p graphics and leaderboards. Furthermore, the game boasts SmartGlass support!

Developer of Fable Anniversary, Lionhead, announced three pre-order packs earlier this year. Each pack comes with an outfit and a weapon:

Peiratēs Outfit: “Peiratēs was a famous plunderer, known for travelling uncharted waters to take entire cargo ships hostage for their most expensive items. He was also known by the name “Pete” in less formal circles.”
Peiratēs Cutlass: “A weapon used at sea needs to be both practical and effective. Peiratēs spent years refining this weapon so that the hook could be used to catch fish, the tip could be used to eat fish, and the blade could be used to slit a man’s throat.”

Snowspire Guard Outfit: “Made from genuine horse hair, this outfit is said to calm even the most vocal of criminals.”
The Jackarse: “An age-old popular pasttime was run by a chap named Jack, who used to slap people around the face with a dead fish until they fell onto their arse. The rest, as they say, is history…”

Apollo’s Outfit: “Apollo is the pseudonym for the leader of The Grey Company, the man responsible for monitoring Lady Grey’s financial investments. As fearsome as that may sound, he had a reputation for being incredibly nice, often using his own money to bail out any villager that couldn’t afford that months rent.”
Apollo’s Crossbow: “Based on a centuries old concept, Apollo wanted to create a modern crossbow with the feel of a relic from the past – and thus this crossbow was born. Dependable in combat, but also pretty tasty to look at.