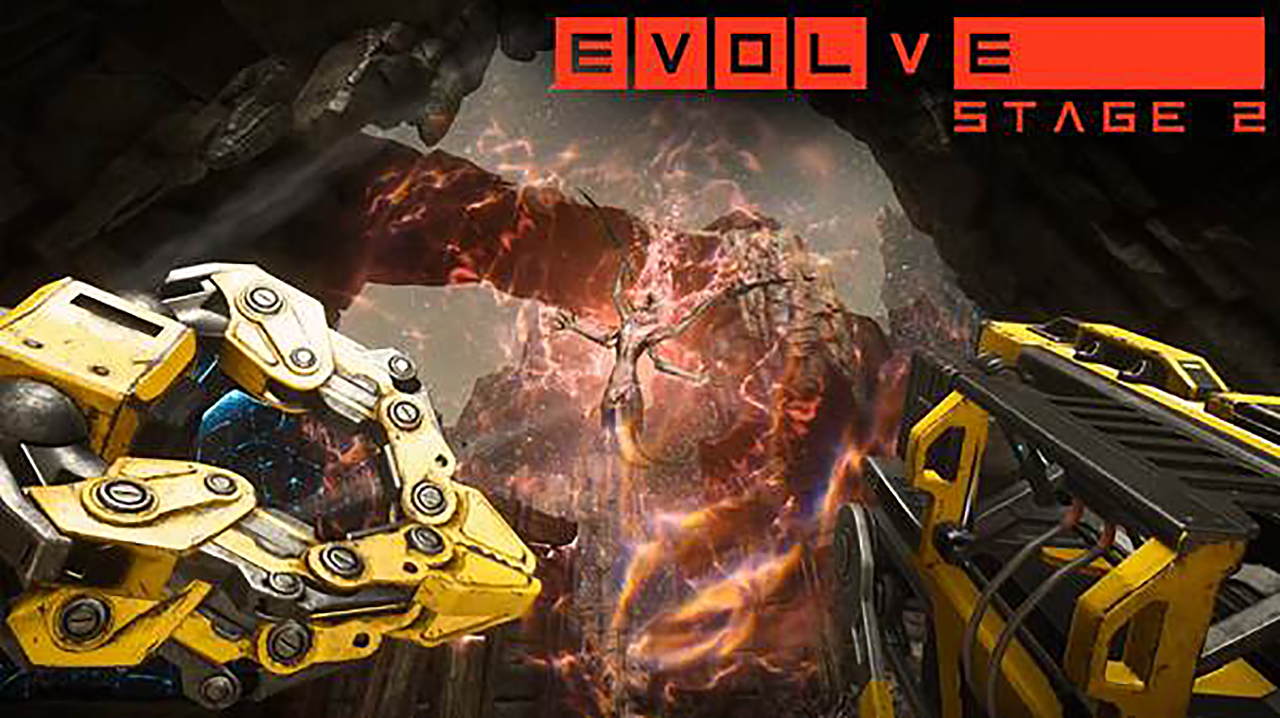 In what could be a much-needed second wind, Turtle Rock Studios and 2K have re-launched Evolve as a free-to-play title on PC. Renamed as Evolve Stage 2, the game is now in beta after undergoing a large list of changes, some of which significantly alter gameplay.

“Then, when Evolve launched, the reception wasn’t what we expected. Sure, there were some good reviews. There were also bad reviews. Yes, there was excitement. There was also disappointment – for players and for us. The DLC shitstorm hit full force and washed away people’s enthusiasm, dragging us further and further from that first magical pick-up-and-play experience.”

Evolve was one of those tragic games that saw good ideas mired in bad decisions. Within months of launch, the active player population plummeted to less than a thousand, a debilitating blow to what is primarily a multiplayer game. According to SteamDB figures, that figure had dwindled to the 200-mark by June 2016.

Which brings Stage 2 into the picture. The new build sets out to address common player feedback and complaints, reworking elements such as the user interface, progression system, and loading times. They’ve even managed to reduce download sizes to approximately 19GB, 50% lower than before, with a “Minimum” video setting for low-end PCs.

Full patch notes are available here and this is definitely one you shouldn’t miss. Highlights include the mobile arena now being a shared, team-wide ability; hunters getting out-of-combat health regeneration; monsters starting with four ability points; a more consistent wildlife spawning system; and match durations reduced to 12 minutes.

Seriously, go look at it.

It paints a faster-paced picture of Evolve, adopting concepts from MOBAs for increased familiarity. They’ve even added an in-game announcer to declare when the hunter shared dome is ready or when the monster is evolving, taking out a lot of the mystery and prediction.

There’s no doubt it’ll upset fans who fell in love with the more measured, stealthy approach the game initially had, but it’s a necessary cost to strengthen active player numbers. There’s a legacy version to go back to, should anyone miss it too much.

As always, this puts players who’ve purchased the game in a tight spot, especially when Evolve had not one but two season passes. So far, these players will be awarded the Founders status, which means in-game currency and unlocks.

Silver Keys, the in-game currency, are pretty important since they’re the only way to unlock hunters, monsters, perks, and skins. Turtle Rock and 2K have completely abandoned any further monetization, as explained in a FAQ.

“There is no monetization in the game. The only thing we care about right now is making the best game we can make so we can grow the healthiest playerbase possible.”

Unfortunately, console players are out of luck, at least for now. Evolve Stage 2 is only limited to PC since it allows them to push out weekly updates. If the beta works out and nothing breaks, they’ll release an update for the PlayStation 4 and Xbox One.

Evolve Stage 2 is available on Steam right now, as expected, the player population is positively skyrocketing.

Ade thinks there's nothing quite like a good game and a snug headcrab. He grew up with HIDEO KOJIMA's Metal Gear Solid, lives for RPGs, and is waiting for light guns to make their comeback.
Previous post Kingdom Come: Deliverance lets you pack on four layers of armor
Next post Review: NVIDIA GeForce GTX 1060 – A great budget gaming card