EndWar Online’s Battles to Take “No More Than 5 Minutes” 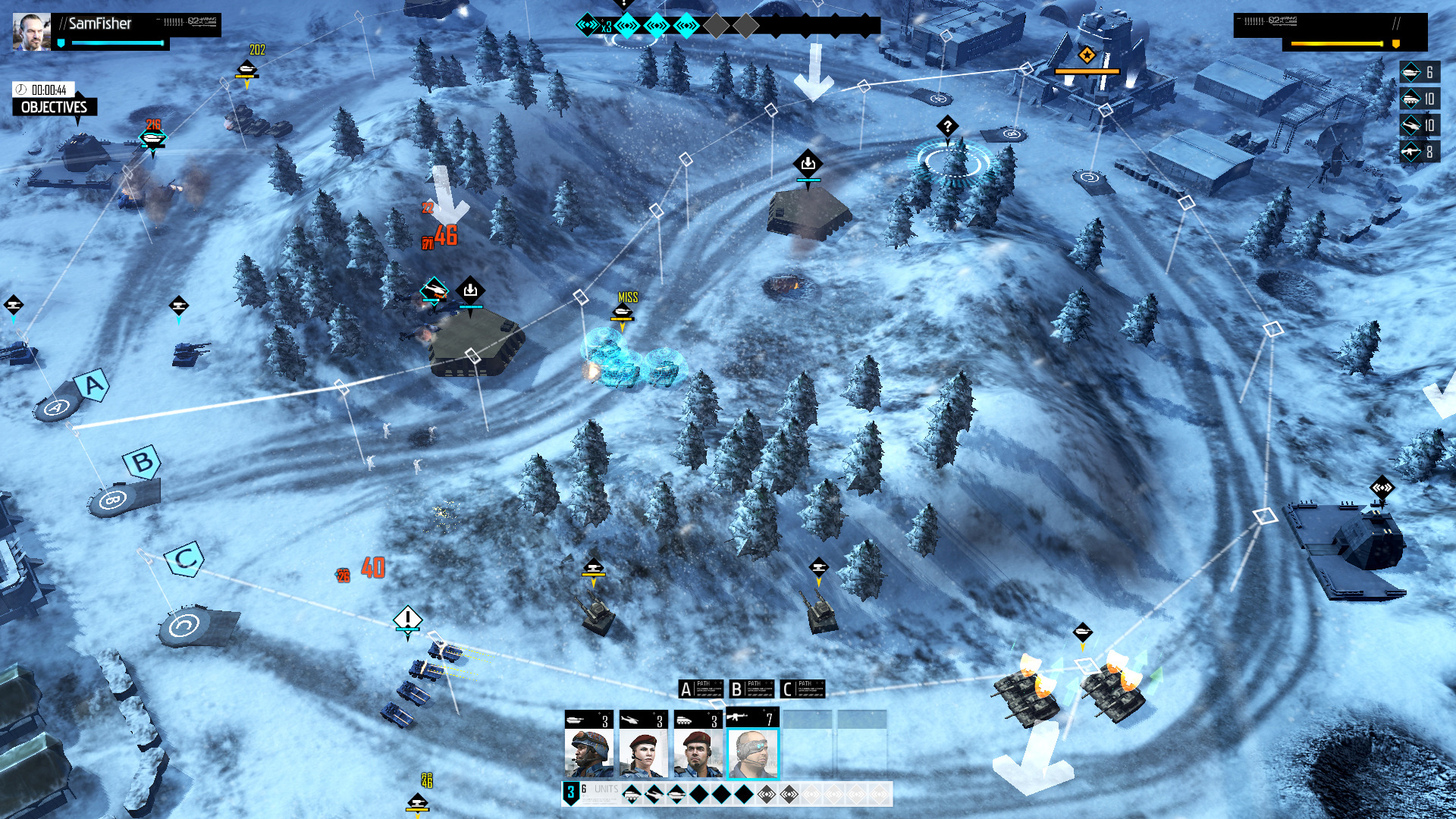 “Our goal was to create deeply tactical battles that take no more than 5 minutes and can be fought just by pointing and clicking. This was a challenge. We needed to reduce the size of maps and minimize time wasted on unnecessary micromanagement.”

He explains that this limited the amount of tactical maneuvers normally available to real-time strategy games. Thus, EndWar Online focuses on three gameplay layers to provide depth: a “rock-paper-scissors” unit design from its predecessor, classes with specific roles, and Heroes with special abilities.

At the core of it is the player’s ability to customize their own Faction’s units and battalions, allowing for a greater variation in play styles. While the emphasis is on Theatre of War, a global faction-vs-faction mode, Ubisoft will also be including a single-player campaign. A rare feature among games of its breed though I wouldn’t be surprised if its other purpose is to serve as a tutorial.

Madej also shares why the studio opted to go with a browser game rather than a direct sequel to the 2008 release. “Our team was very much focused on making a high quality browser-based game for the core gaming community, and we wanted to bring the EndWar universe to as many gamers as possible. The two desires seemed like a perfect fit, so we pitched the idea and went about creating EndWar Online.”

So far there have been a couple of SITREP videos to provide on-going updates from the studio. For a real snippet of gameplay, however, you can watch this segment featuring Thom Clancy. Any guesses on who his father is?

Gameplay itself begins at the 6:42 mark. The map’s three lanes makes it painfully obvious where inspiration came from, though the military themes and airstrikes does set it apart.

As is the trend these days, you can sign up for beta testing chances at EndWar Online.

Ade thinks there's nothing quite like a good game and a snug headcrab. He grew up with HIDEO KOJIMA's Metal Gear Solid, lives for RPGs, and is waiting for light guns to make their comeback.
Previous post GPL 2014 Winter Grand Finals Dated For Saturday, 11 January
Next post Metal Gear Rising: Revengeance for PC Region Locked [Updated]