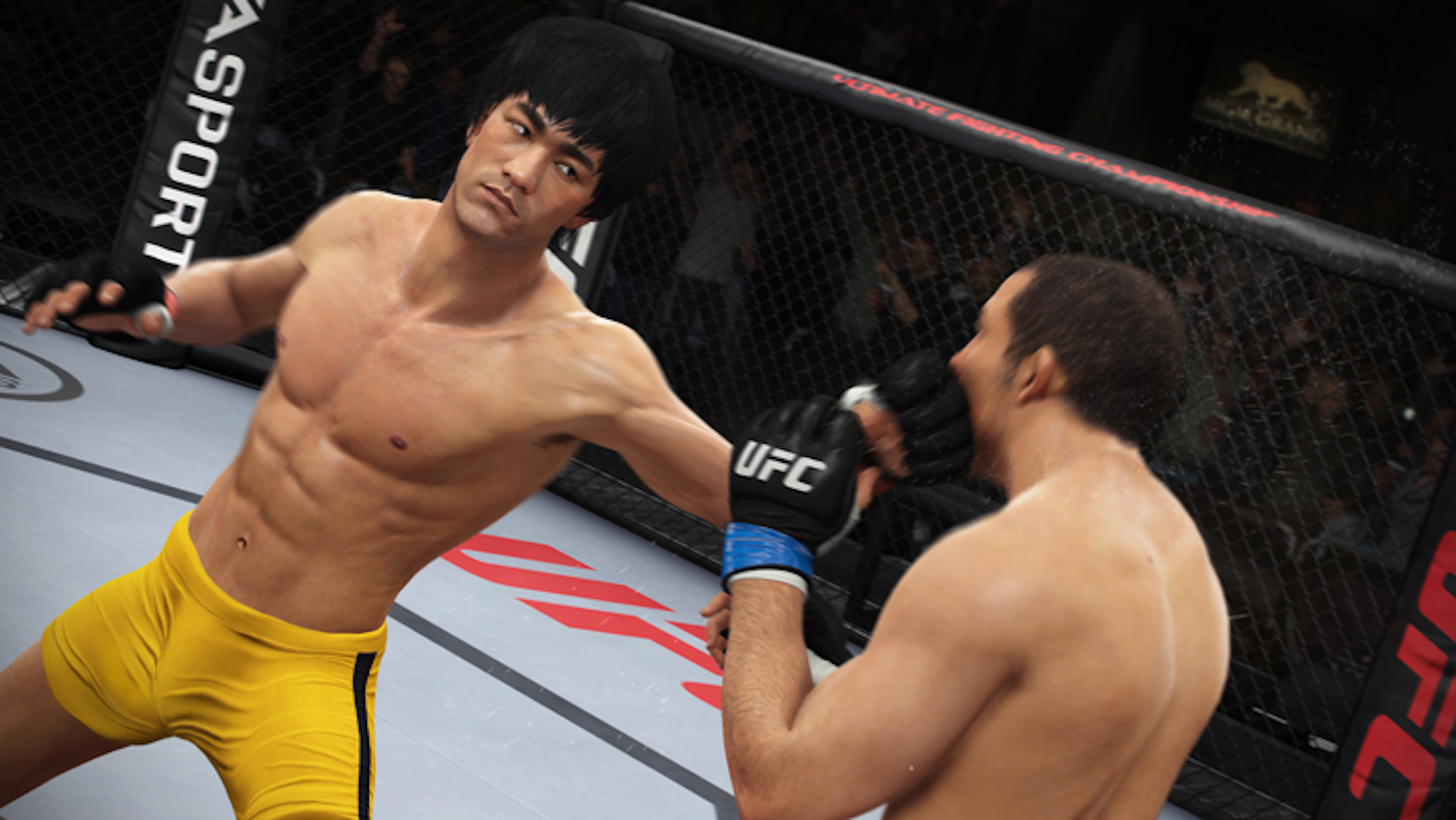 I can’t conceive of a universe where bringing these two things together doesn’t make sense. I know there are going to be countless fans that feel the exact same way and they will be eager play with such a legend in the UFC Octagon…

There were many eager artists who wanted the chance to tackle this once-in-a-lifetime opportunity but Stephen Chan was our man (..) He had built several UFC fighters from scratch and relished the challenge.

Who, may you ask, is this mysterious fighter? It is none other than Bruce Lee. This was revealed by EA Sports, along with sneak-peaks of EA Bruce Lee:

According to Art Director Ian Lloyd, EA Sports worked together with Bruce Lee Enterprises to produce the brilliant animation. EA Sports was provided with a catalogue of digital references, along with many behind-the-scenes and candid shorts of Bruce Lee. Most amazingly, a Bruce Lee life-cast now stands in the studio of EA Sports.

Llyod, proud of his achievement, said that “This does not just look like Bruce Lee. It is Bruce Lee. The way he carries himself, his fighting stance, his rippling physique, devastating speed, signature strikes and accompanying yells, whoops and shrieks.”

EA Sports UFC is available for pre-order now from the EA Sports website.