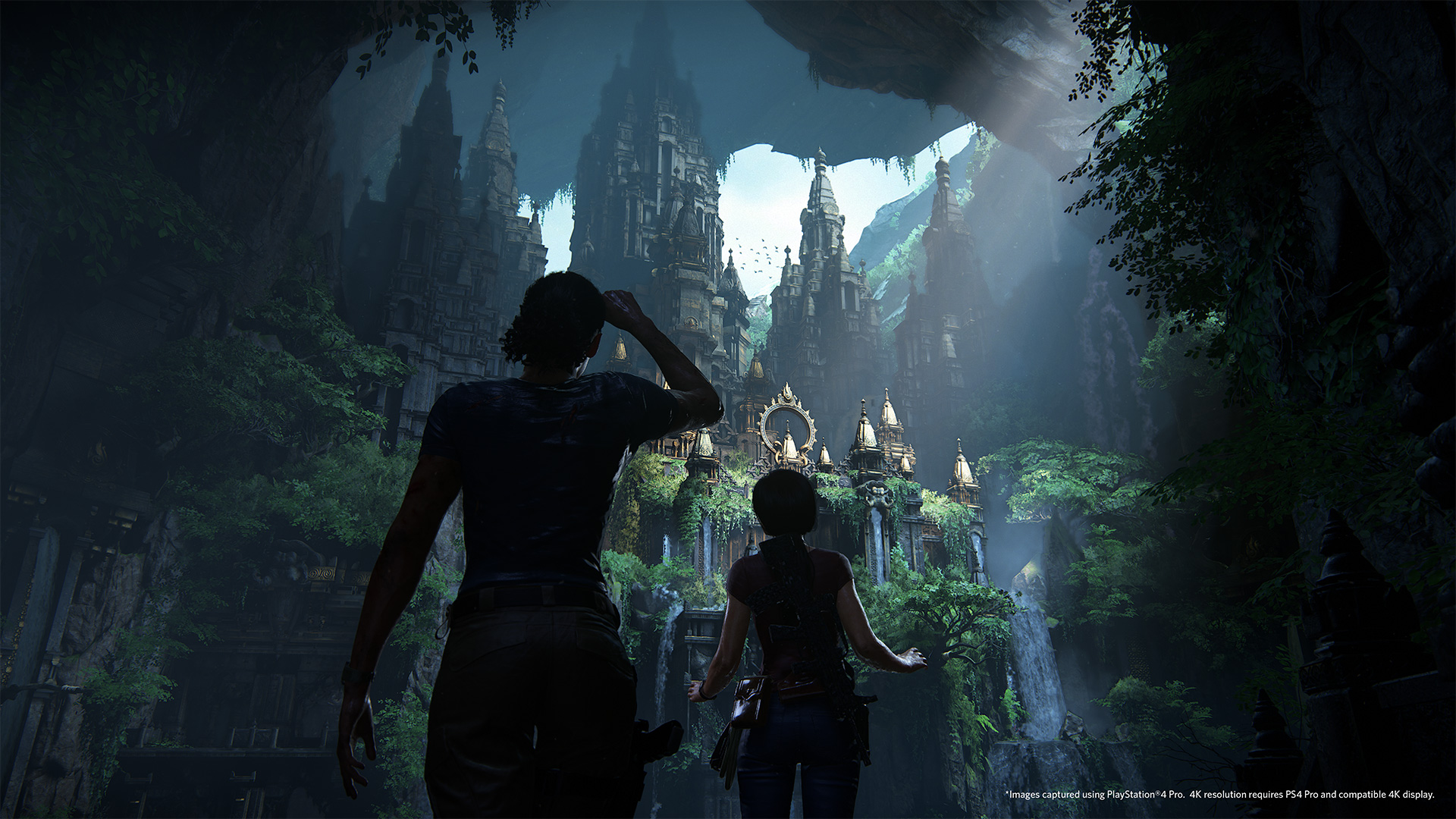 Uncharted: The Lost Legacy is a standalone adventure set after Uncharted 4: A Thief’s End, the final chapter in Nathan Drake’s story. Thus, players control treasure hunter Chloe Frazer instead, who we first met in Uncharted 2: Among Thieves. Rather than hoofing it alone, Chloe reluctantly teams up with mercenary leader Nadine Ross, an antagonist from Uncharted 4, to locate the mythical Tusk of Ganesha in India.

We already know that Chloe and Nadine are in for a bumpy relationship, one that may sour at the end, so it’s up to Naughty Dog to surprise us in other ways.

First on the list of updates is this action-packed story trailer:

Next, we got to see some gameplay snippets during PlayStation’s Day 1 live stream, which begins at the 06:58:24 mark.

While The Lost Legacy is purely a single-player expansion, creative director Shaun Escayg reiterated that it bundles the same multiplayer component released with Uncharted 4. Most prospective buyers likely have the latter already – why else would they purchase a story-based DLC? –  yet it’s a nice inclusion nonetheless.

Previously announced information include the fact that Nathan Drake won’t be making an appearance. Also, the levels build upon the “wide-linear” design from Uncharted 4, and that an armored jeep will be around to make life hell once again. Oh and supposedly there are silenced pistols too, though we haven’t seen it in action yet.

Ade thinks there's nothing quite like a good game and a snug headcrab. He grew up with HIDEO KOJIMA's Metal Gear Solid, lives for RPGs, and is waiting for light guns to make their comeback.
Previous post E3 2017: Interview with Destiny 2’s Executive Producer
Next post E3 2017: Ni no Kuni II Revenant Kingdom comes to PC and PS4 on 10 Nov