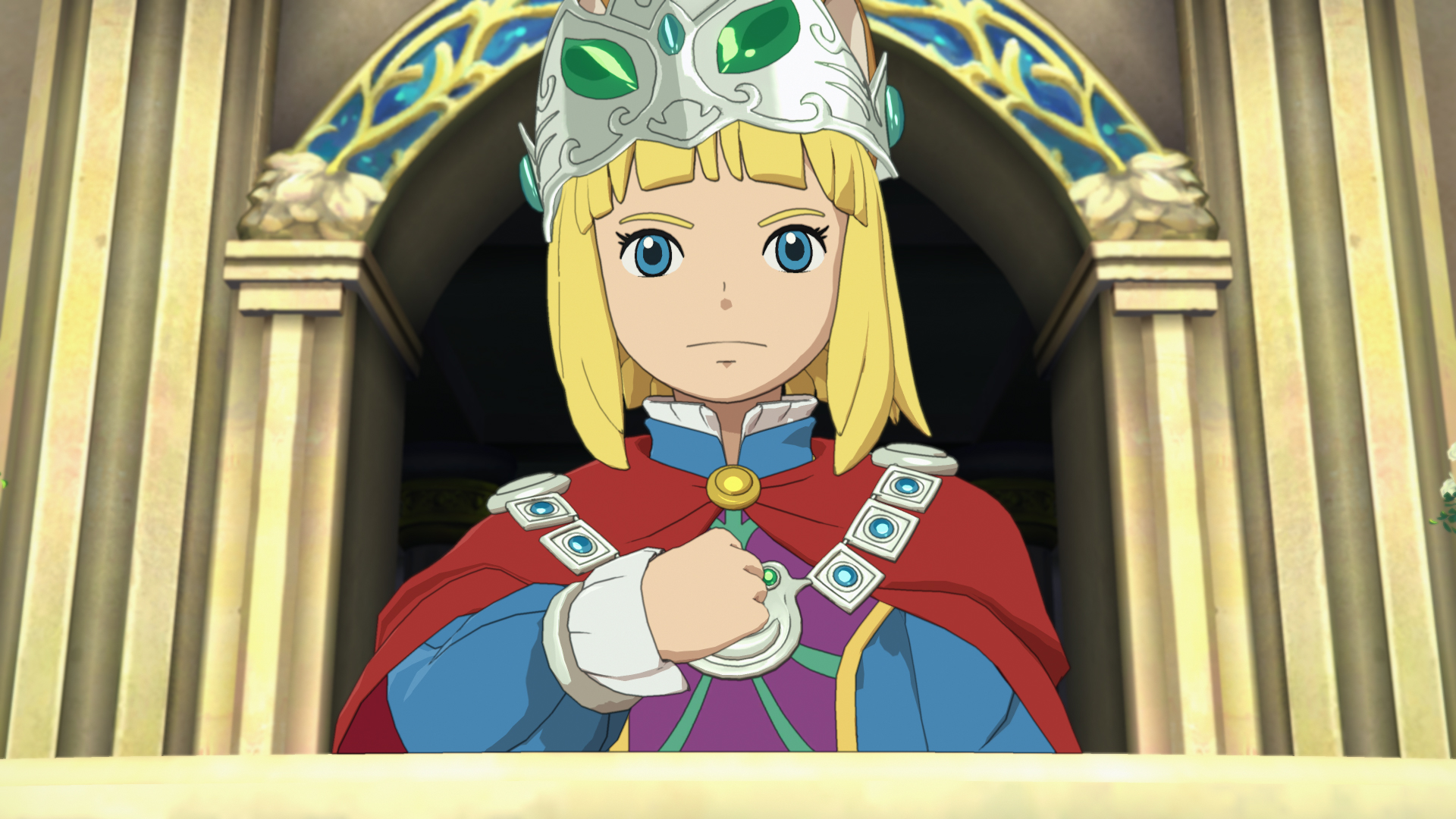 The beautiful world of Ni no Kuni II: Revenant Kingdom comes to life on 10 November for PC and PlayStation 4. Bandai Namco Entertainment dropped the news early during the E3 week, along with a trailer starring the game’s side characters.

The description states that our hero must first “forge a Kingsbond with a unique creature called the Kingmaker.” Presumably, it involves the royal twig we saw at the end, which is both silly and fantastical enough to be a Ghibli-esque adventure.

To clarify, Studio Ghibli is not involved in this installment – they’re busy as-is with Hayao Miyazaki’s next movie. Instead, developers Level-5 managed to secure the studio’s former animator, Yoshiyuki Momose, as well as the iconic composer Joe Hisaishi.

Momose held the role of animation director in the previous game, with a respected industry resume extending all the way to the early ‘70s. Hisaishi should need no introduction; his works grace so many acclaimed productions that Japan awarded him with a Medal of Honor in 2009.

All that’s to say we’re still in for a magical treat this holiday season.

Around the 3:35 mark we can see the new, menu-free battles in action, shifting away from the hybrid system of it’s predecessor. Now that it’s real-time, Evan can run, roll, and combo his way to victory. There’s still a tactical element, though, thanks to the elemental Higgledies that scurry around to provide assistance.

Here’s shorter, direct-capture footage of the different skills and spells that party members can pull off:

Wondering what on earth all this is about?

Ni no Kuni II: Revenant Kingdom is a JRPG set in “the kingdom of Ding Dong Dell, where cats, mice, and humans once lived in harmony.” Players control the young Evan Pettiwhisker Tildrum who, after a coup, must journey across the land to reclaim his title and unite the world. Of course, joining him are a colorful cast of characters such as the off-worlder Roland and sky pirate Tani.

The first game, Ni no Kuni: Wrath of the White Witch, was a gem of an adventure on PlayStation 3. While its luster was clouded by the somewhat underwhelming story and pacing (it could have used a more focused direction), it stil bathed in praise for everything else it did right. In particular, the artwork and soundtrack – no surprises there.

Ade thinks there's nothing quite like a good game and a snug headcrab. He grew up with HIDEO KOJIMA's Metal Gear Solid, lives for RPGs, and is waiting for light guns to make their comeback.
Previous post E3 2017: Glimpse new footage in Uncharted: The Lost Legacy
Next post What if Blizzard makes a turn-based Overwatch RPG?