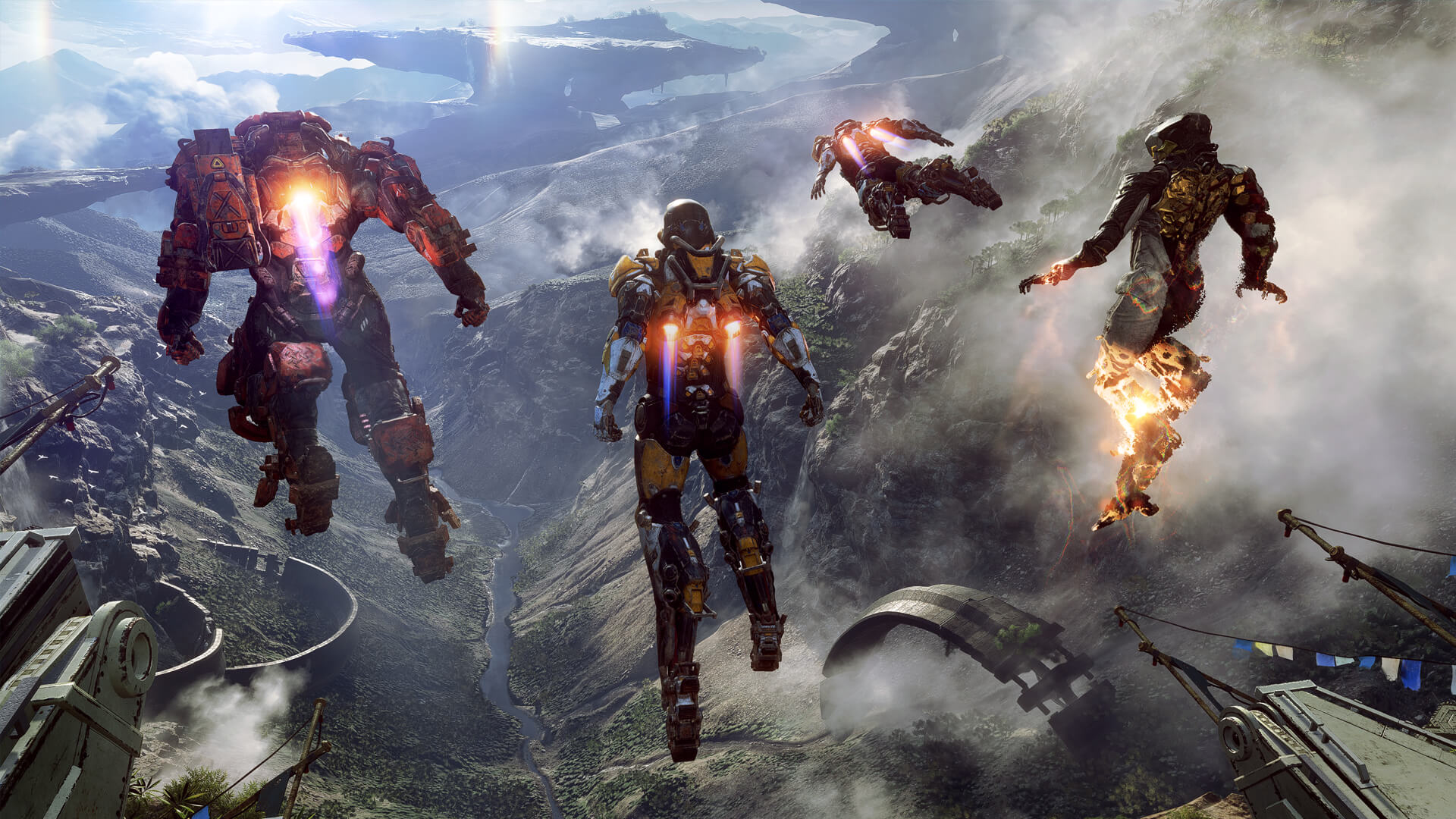 BioWare’s new IP may not be what fans had been hoping for. Announced at EA’s E3 press conference and fully revealed during Microsoft’s, Anthem is a huge departure from the single-player RPGs that the developer is best known for. Instead, what we have is a sci-fi, third-person shooter set in a shared, online world.

“You and your friends are Freelancers – the bold few with the courage to leave civilization behind,” explains the official website. “Explore a landscape of primeval beauty, and confront the dangers you find.”

The intent is clear: Anthem is EA’s response to Activison’s Destiny and Ubisoft’s The Division. While the locations may be vastly different, with BioWare’s world being the lushest, all three are designed as multiplayer-first experiences. Here’s the reveal trailer, complete with scripted voice chat:

Gorgeous visuals, drop-in multiplayer, and dynamic events all paint a promising co-op picture, yet for a six-minute video there’s still plenty of questions left unanswered. What does progression and character management look like? To what extent will the exosuits play off each other’s strengths and weaknesses? Is there open-world PvP? What’s in store after the campaign? And perhaps most important of all, especially since it’s BioWare we’re talking about: how is the story?

That last bit is going to prove pivotal in the eventual fight between Anthem and Destiny 2, which seems to be cleaning up its act in the story department. Bungie is already ahead in terms of multiplayer shooter experience, so BioWare needs to leverage their strength in order to retain their fanbase and attract curious onlookers.

In that regard, Anthem may be in safe hands. Drew Karpyshyn, the lead writer for the first two Mass Effect games and Knights of the Old Republic, is confirmed to be on-board (via GamesRadar). It’s still no guarantee, however, as delivering a compelling narrative in a multiplayer setting is no easy feat. It’s a brave new world and we’re extremely curious to see how BioWare approaches things.

Anthem is being developed for the PlayStation 4, Xbox One, and PC, with an announced release date of Fall 2018.

Ade thinks there's nothing quite like a good game and a snug headcrab. He grew up with HIDEO KOJIMA's Metal Gear Solid, lives for RPGs, and is waiting for light guns to make their comeback.
Previous post E3 2017: Destiny 2 beta kicks off in mid-July, new release dates announced
Next post E3 2017: Playing Destiny 2 Story Mode at 60fps