E3 2017: Ace Combat 7 Skies Unknown gameplay will blow you off the sky 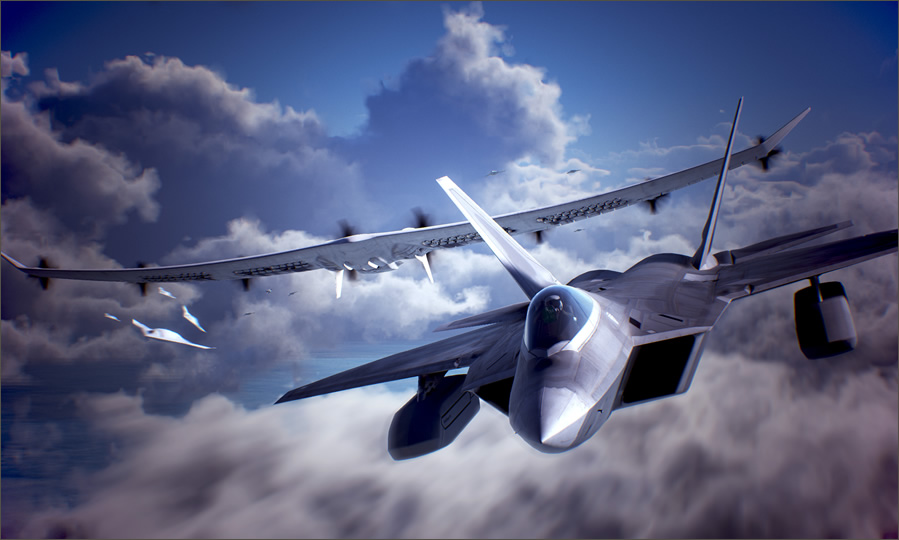 For the first time, Ace Combat 7 Skies Unknown will feature an optional separate set of missions that will be exclusive to the Playstation 4 VR. These exclusive missions will only be playable through the PS4 VR Headset, although the main campaign won’t support VR. Also, only the cockpit view is available for these missions – first and third person views are restricted to the main non-VR campaign.

Clouds will be the newest addition in Ace Combat 7 Skies Unknown, and will offer stealth to anyone that flies inside it. However, staying in the clouds for too long will also cause the your fighter plane to freeze and eventually stall. Clouds also gives players close to zero visibility there’s a real risk of you crashing into another plane.

Skies Unknown is returning to the ‘Strangereal’ alternate history and has brought back the writer of AC 4 & 5, sidestepping the whole mess of Assault Horizon.

Ace Combat 7 Skies Unknown is developed by Project Aces and published by Bandai Namco Entertainment and will be released on PC, PlayStation 4 and Xbox One in 2018.