Home / Latest / Games / Dungeon Sim ‘War for the Overworld’ Is Out

Dungeon Sim ‘War for the Overworld’ Is Out 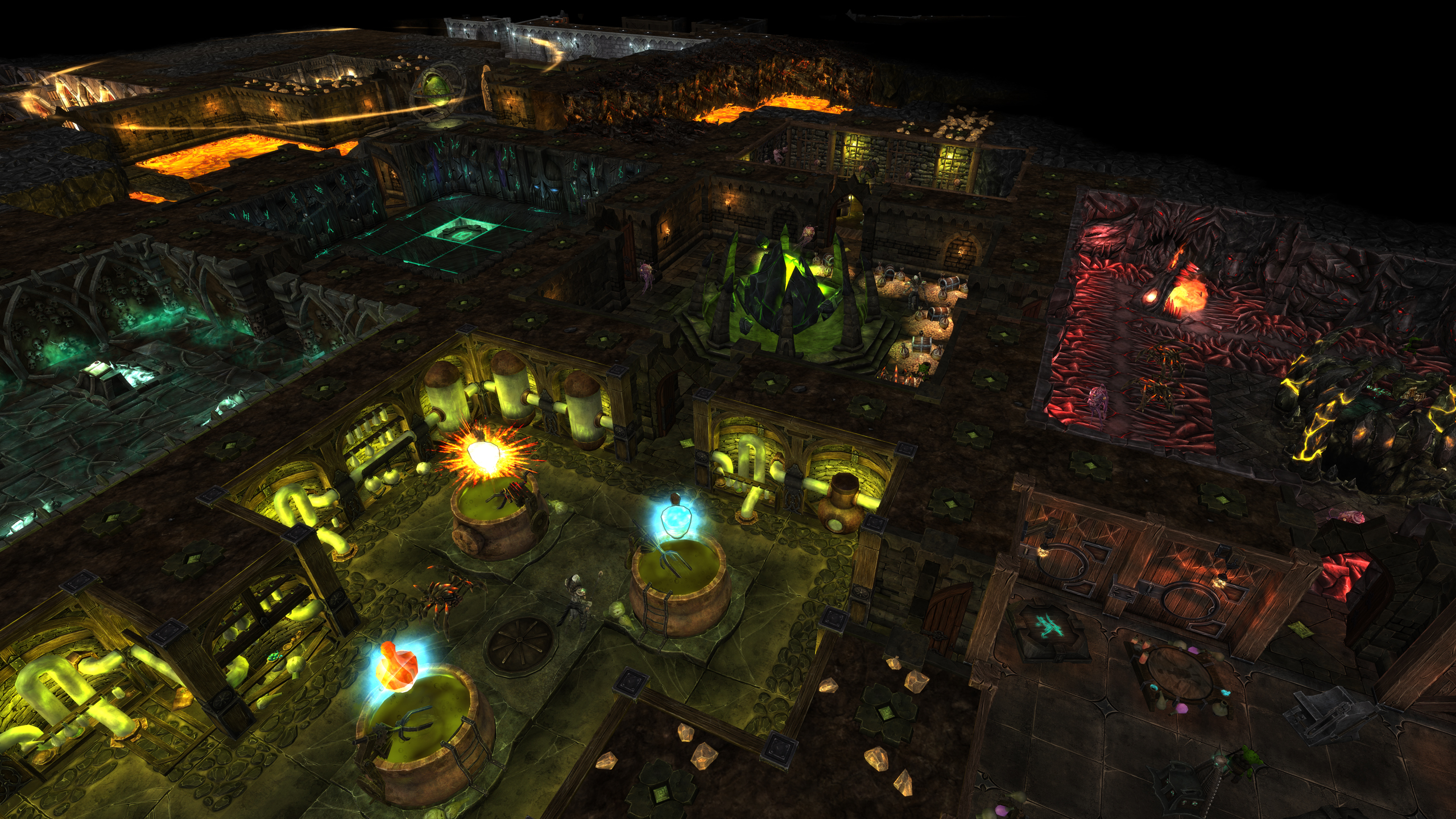 Successfully crowdfunded in 2013 to the tune of £211k, War for the Overworld bills itself as a “next-generation Dungeon Management game” with Dungeon Keeper, Overlord, and Evil Genius being its inspirations. Indie developer Subterranean Games released version 1.0 today and are now busying themselves with Kickstarter rewards, updates, as well as work on the first DLC.

The game is currently in its Early Adopter Bonus period, something the developers say is a counter to non-consumer-friendly pre-orders.

“Our hope with this offer is that players will feel encouraged to pick up the game at full price (ie: before any big sales) whilst still giving them plenty of time to consult reviews, YouTube videos, and friends for general impressions and information about the game before they make a commitment to purchase it.”

That period is a month, meaning all purchases of War for the Overworld made up to 2 May will receive the first campaign DLC for free once it’s out later this year.

Furthermore, there’s the 10% discount that Steam and Humble applies to newly released games. For reference, It’s now SG$26.10 on Steam versus the usual $29.

While it may have “very positive” ratings, do be aware that a number of people have raised concerns about whether the current build is fit for release. Community Manager Noontide addressed the matter in a discussion post, stating that they couldn’t delay the launch due to a few reasons, one of which being “financial implications” should they miss this critical period.

[War for the Overworld Kickstarter via Eurogamer]

Ade thinks there's nothing quite like a good game and a snug headcrab. He grew up with HIDEO KOJIMA's Metal Gear Solid, lives for RPGs, and is waiting for light guns to make their comeback.
Previous post Nintendo Opens Public Ballot for Super Smash Bros.
Next post It’s Here: Grand Theft Auto V’s 60FPS PC Trailer