Dragon Quest XI: Echoes of an Elusive Age releases on 4 Sep for PS4 and PC 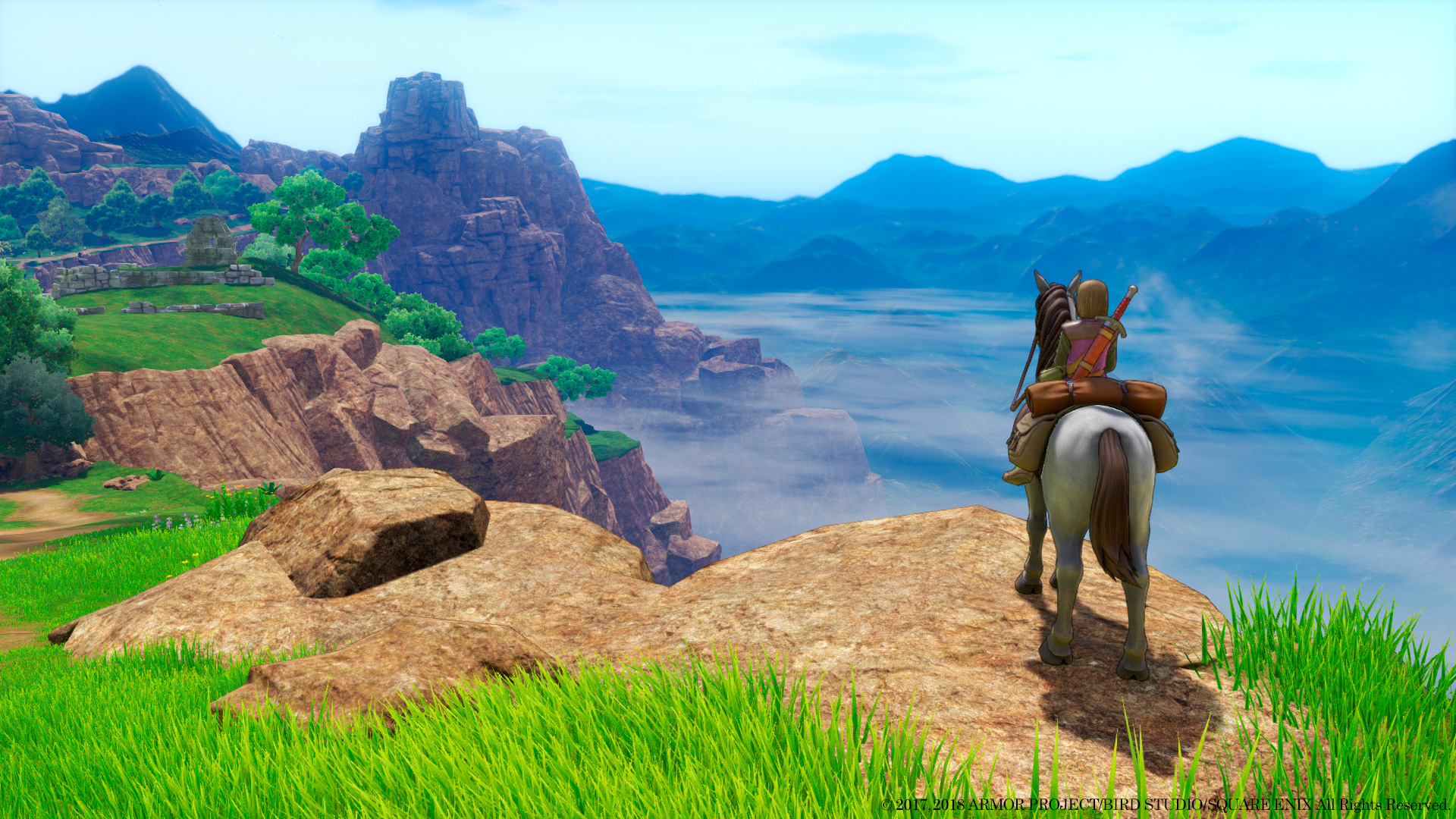 The English release of Square Enix’s Dragon Quest XI: Echoes of an Elusive Age lands on 4 September 2018 for PlayStation 4 and PC.

While a massive adventure on its own, the English version will see additional content alongside the English voiceovers. They’ve added a hard mode called Draconian Quest to challenge older and veteran players, while overhauling the menus and user interface. What’s more, they’ve added a free-look camera mode, a dash function, and other system improvements such as character movement.

Dragon Quest XI tells the tale of a young boy who, at his coming-of-age ceremony, learns he is the reincarnation of a a world-saving hero. Answering the call of destiny, he sets off on his mission, befriending new allies along the way. It’s a simple premise, but freeing themselves from the demands of a complex story allows the creators to focus on the characters and their journeys.

Featured on the development team are series creator Yuji Horii, character designer Akira Toriyama, and series composer Koichi Sugiyama — members who’ve shaped the franchise since the very first Dragon Quest in 1986. Testament to their capabilities, Horii and Toriyama also created the widely-acclaimed Chrono Trigger, while many will recognize the latter for creating Dragon Ball.

Built on Unreal Engine 4, Dragon Quest XI saw an immense response for its Japanese release on PS4 and Nintendo 3DS last year, bowling over fans and critics alike. The RPG has long been popular in its home market, rivaling Square Enix’s own Final Fantasy. Both feature standalone titles so a player is free to jump in at any point in the franchise. Where they differ is in the formula — Dragon Quest has largely stayed true to its simple, turn-based battle system, whereas Final Fantasy has now evolved into a real-time action game.

A Nintendo Switch version is also in the works, though no release date has been announced.

Ade thinks there's nothing quite like a good game and a snug headcrab. He grew up with HIDEO KOJIMA's Metal Gear Solid, lives for RPGs, and is waiting for light guns to make their comeback.
Previous post New Gundam Breaker deploys for PS4 and PC on 22 June
Next post Take to the stars in this year’s World of Warships’ April Fool’s event