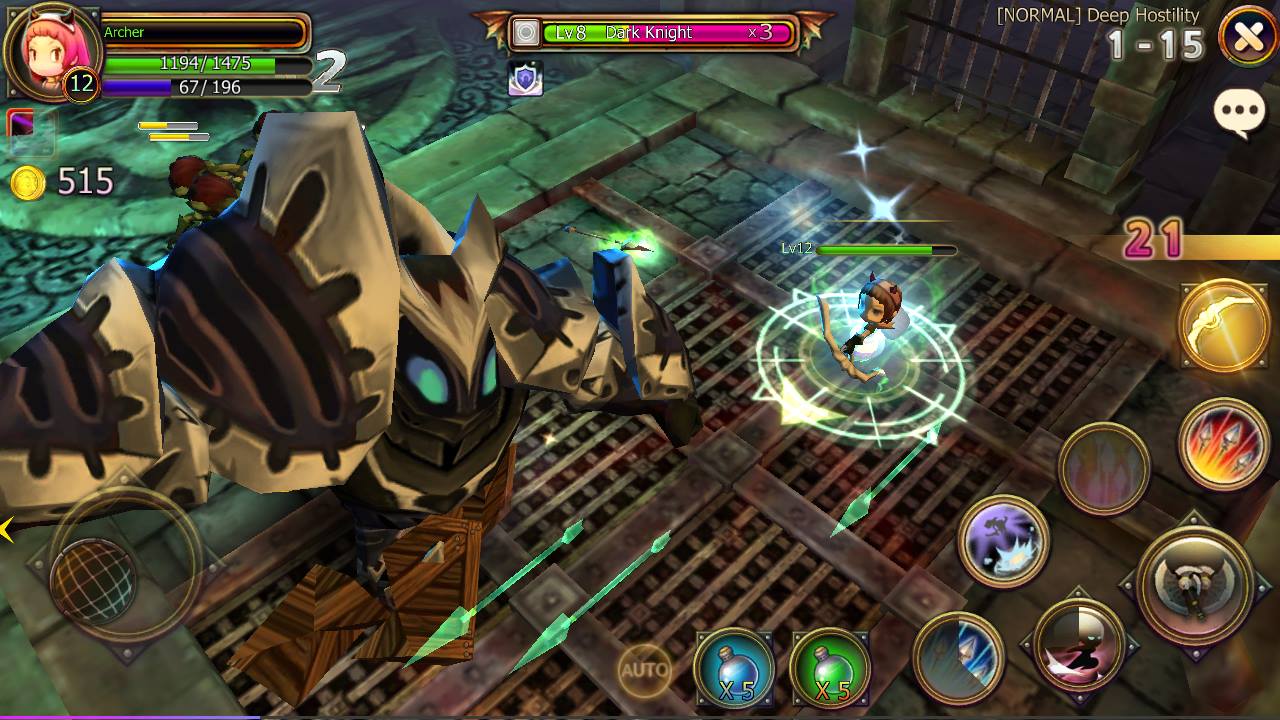 South Korea and Japan are doing pretty well for themselves in the cut-world realm of mobile games so it pays to see what’s popular over there. PlayPark seems to think so too, as they’ve scored a publishing deal to bring Dragon Encounter to Southeast Asia.

Developed by Korean studio SnowPopcorn (what does that taste like?), Dragon Encounter features over 200 stages as well as various dungeons for you and your friends to liberate. There’s a real-time party system, random matchmaking, and other mobile RPG mainstays such as endless towers, enchanting, gear progression, and more.

If you’ve played enough mobile RPGs then all that doesn’t sound too remarkable. Yet the game topped domestic app stores on launch day for a reason, and I think that reason is succinctly provided in the following video.

That’s impressive! It doesn’t look like there’s much class synergy going on, some people may not dig the super-deformed character style, and we don’t know what the monetization model is, but going by gameplay alone I’m already looking forward to it.

Residents in Singapore, Malaysia, Thailand, Indonesia, Vietnam, and the Philippines can now pre-register on Facebook to earn 500 rubies. Just be aware that you’re going to have to share your friends list, since you can earn an additional 1,000 rubies for five successful referrals.

No release date has been announced.

Ade thinks there's nothing quite like a good game and a snug headcrab. He grew up with HIDEO KOJIMA's Metal Gear Solid, lives for RPGs, and is waiting for light guns to make their comeback.
Previous post You can try the PlayStation VR at GameStart 2015
Next post Deepen friendships with Nintendo's mobile game