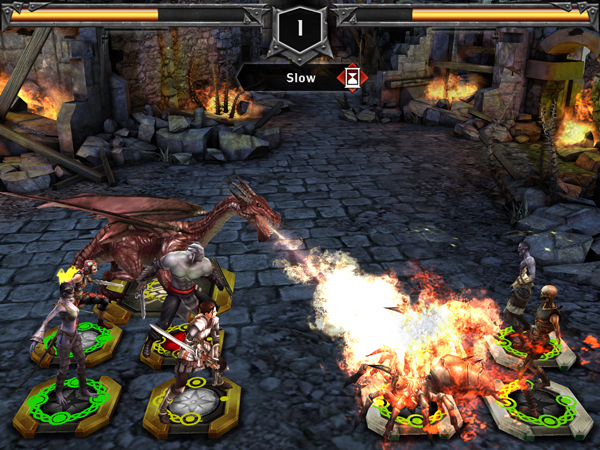 EA’s inexorable march on the free-to-play mobile market continues with Heroes of Dragon Age, coming to phones and tablets sooner rather than later.

Based on BioWare’s dark fantasy RPG, Heroes of Dragon Age is described as a “squad-based combat game” consisting of hero collection and quests. Players will run across familiar characters and monsters so fans of the series have something to look out for. The press release didn’t reveal much else but if you’ve played enough mobile games, then the screenshots are enough to speculate on.

Interesting observations include the lack of player trading, a squad health bar (as opposed to individual units) and a linear quest line. The last one brings up an important question: will Heroes of Dragon Age have a participating role in the franchise’s storyline? As for new squad members, they’ll be acquired via booster packs that’ll likely be purchased using either real money or in-game currency.

The cross-platform game launches on iOS and Android this fall, which translates to the September–December period for this side of the globe. If mobile games aren’t up your Darkspawn-riddled alley, then you might want to shift your attention to Dragon Age III: Inquisition instead.

Ade thinks there's nothing quite like a good game and a snug headcrab. He grew up with HIDEO KOJIMA's Metal Gear Solid, lives for RPGs, and is waiting for light guns to make their comeback.
Previous post Rockstar Pushes Forward With Grand Theft Auto Online
Next post Origin Introduces Digital Refunds