Doors open for PlayerUnknown’s Battlegrounds on Xbox One 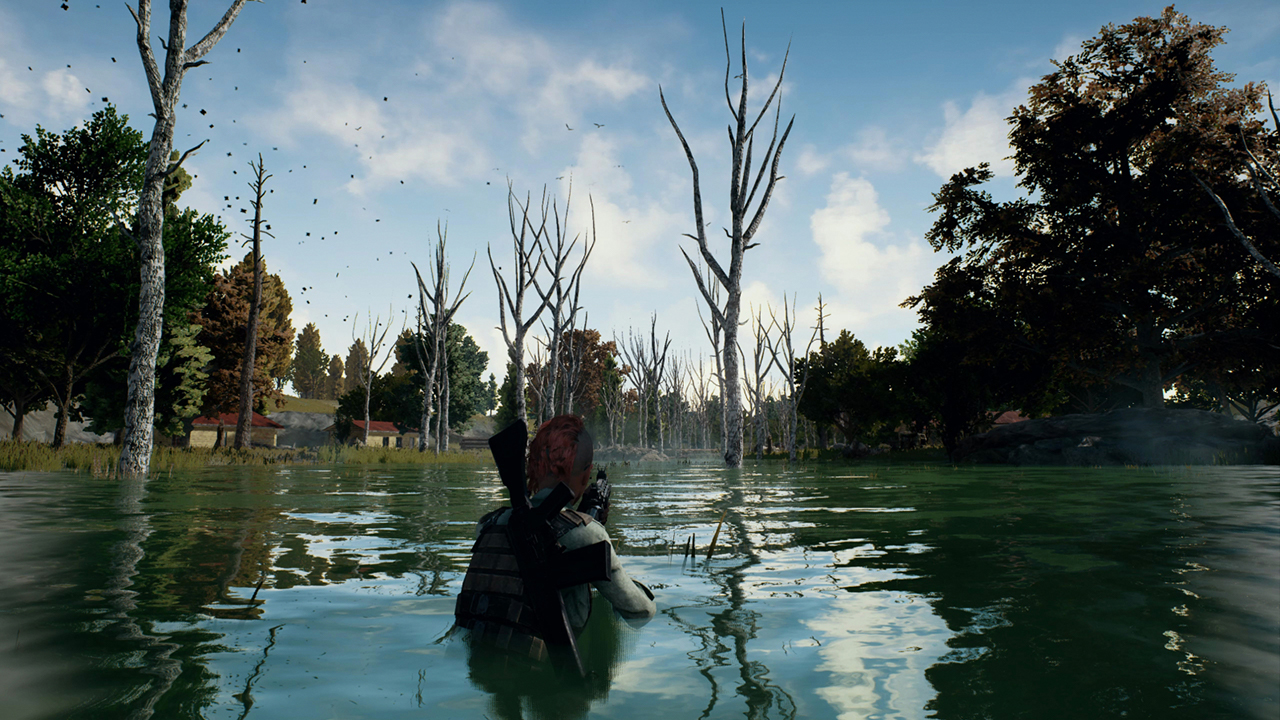 Survivalists may now chase after their highly-sought chicken dinners on console. Thanks to Game Preview, an early access program, PlayerUnknown’s Battlegrounds is currently up for sale on the Xbox Store as a timed exclusive. While they’re at it, fans may also grab the first of three limited-edition cosmetic packs, which includes an exclusive balaclava, camo t-shirt, pants, and tennis shoes.

After selecting a drop zone and inserting via parachute, players must scavenge and hunt as they race from zone to zone in a bid to avoid death by player or radiation. It’s a drawn out race for survival as up to 100 players outsmart and out-shoot one another on the large, open map. The terrain is home to both open fields and urban environments, with swamps, forests, and vehicles all added into the mix.

While there are players who come to an impromptu cooperative agreement, it’s ultimately a dog-eat-dog world out there with trigger-happy fingers and plenty of snipers.

According to SteamDB, PlayerUnknown’s Battlegrounds has sold more than 25 million copies as of writing. Of those numbers, 2.5 million people are playing as you read this. Those stellar figures are even more impressive when you consider that the game only launched in March 2017, a mere nine months ago, and is set to soar even higher now that it’s breaking into consoles.

The game’s success isn’t a complete surprise to anybody following the survival-shooter and king of the hill trend, a genre that had been plagued with incomplete, buggy, and downright shoddy messes for years. The audience had been jumping from game to game, herded along by YouTube and Twitch stars, desperate for the one game that could finally scratch a very particular itch. PlayerUnknown’s Battlegrounds was the right product at the right time, and now the Xbox family will get to scavenge and hit the dirt too.

PlayerUnknown’s Battlegrounds is also enhanced for the One X, with HDR bestowed upon the 8×8-kilometer island — something even the PC gaming public hasn’t been able to see.

While there’s no word for when the game will leave Game Preview on Xbox One, the PC version is already in place to leave Steam Early Access on 21 December. We might even see cross-play functionality, as the developers expressed a desire to do so back in a July interview with VG24/7.

PlayerUknown’s Battlegrounds is currently available on PC and all Xbox One consoles.

Ade thinks there's nothing quite like a good game and a snug headcrab. He grew up with HIDEO KOJIMA's Metal Gear Solid, lives for RPGs, and is waiting for light guns to make their comeback.
Previous post Kat, Trico, and Sebastian get their PS4 Greatest Hits badges
Next post Review – Kamen Rider: Climax Fighters (PS4) is one for the fans