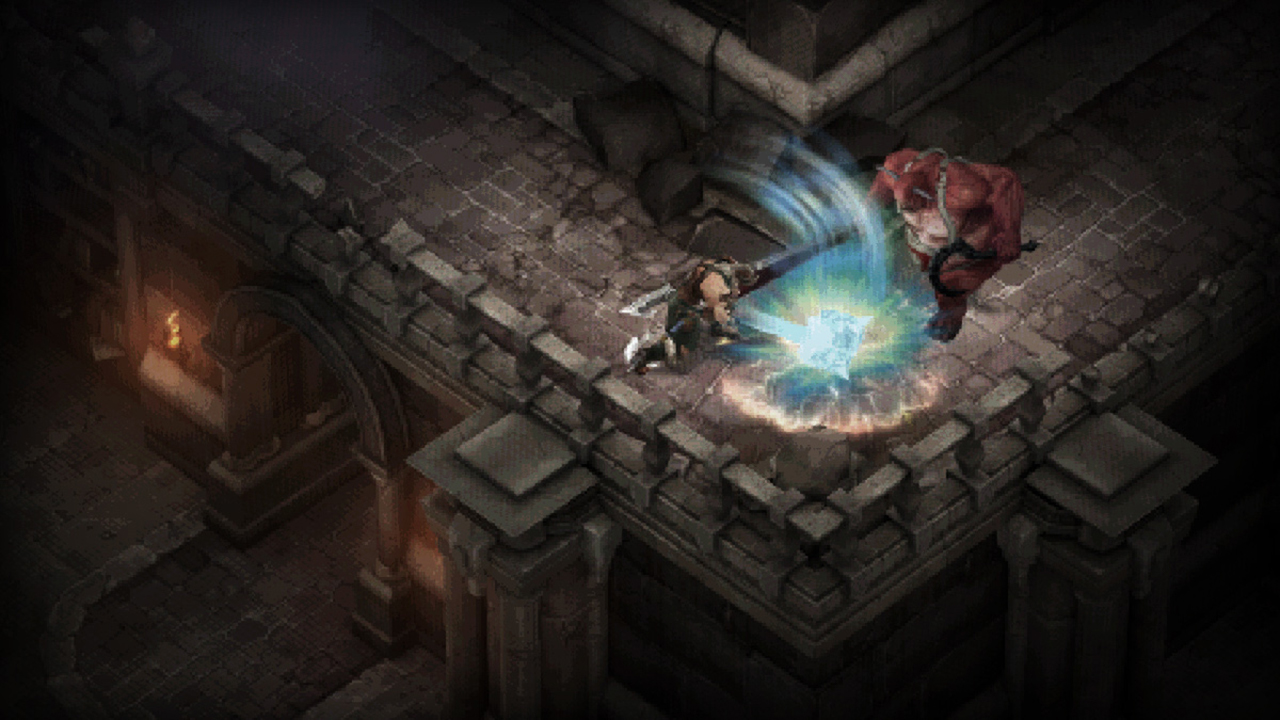 With Diablo III content pretty much on the back burner, Blizzard Entertainment have opted to bring back the The Darkening of Tristram for the whole month of January 2018. For those that don’t remember, this was an anniversary event where players got to revisit the franchise’s birthing grounds: Old Tristram’s cathedral dungeon.

The event revives most of the levels and bosses from the original Diablo, from the iconic The Butcher to Archbishop Lazarus and, of course, The Lord of Terror himself. What’s more, all of it is rendered in a pixelated “retro vision” filter to mimic 1997 PC gaming, though it doesn’t quite recreate the mystery and gut-sinking atmosphere.

To participate, you’ll have to hunt down “a group of mysterious cultists causing trouble” in Adventure Mode. Following the quest trail will then lead you to a portal that opens up right in bleak Old Tristram. Exclusive rewards and loot await inside, clearly appealing for new players who missed the initial run.

Here’s a video released for the event’s initial run in January 2017:

While returning players may try to pick up whatever is missing from their collection, Blizzard didn’t mention if they’ve added anything new for the return.

There’s still time to pick up the Diablo III: Battle Chest at a discount. If you’re on the fence about it, try the free Starter Edition that’s currently available for Windows and OS X.

Ade thinks there's nothing quite like a good game and a snug headcrab. He grew up with HIDEO KOJIMA's Metal Gear Solid, lives for RPGs, and is waiting for light guns to make their comeback.
Previous post Double Dragon 4 out now for smartphones
Next post Team Flash’s newly minted Dota 2 team takes their first regional win