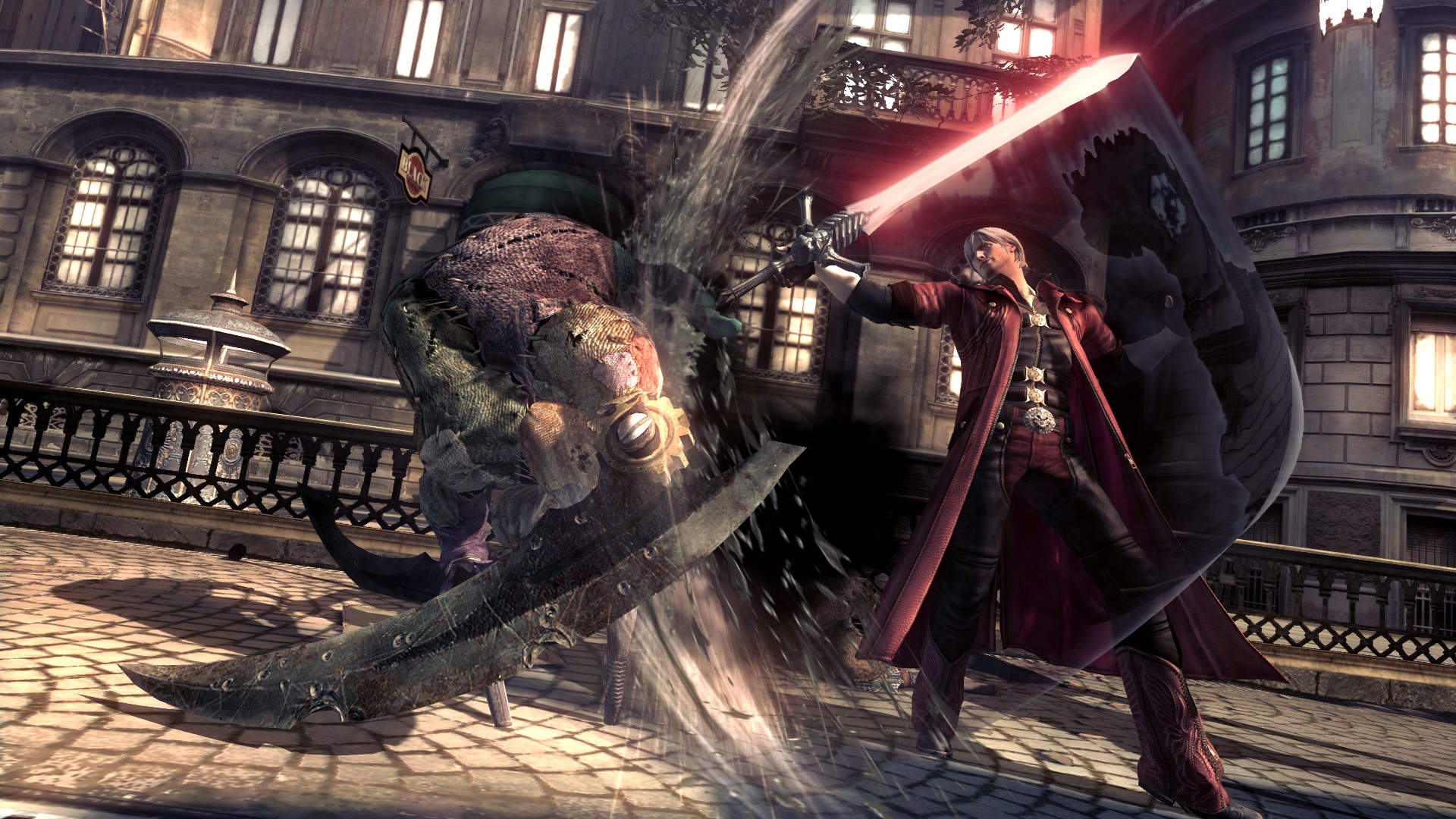 The last we’ve heard of the Devil May Cry series (not counting the DmC reboot by Ninja Theory) was way back in 2008, when Dante and Nero were stylishly hacking up demons in Devil May Cry 4. Now that was for last generation’s hardware so Capcom, continuing their remasters trend, announced a Special Edition re-release headed for the PlayStation 4, Xbox One, and Windows PC in June.

First and foremost, Capcom managed to retain the 60fps framerate for all three platforms. That’s after bumping up the resolution to 1080p with high-res textures, so fans of the flashy yet complex fighting system can set aside some concerns.

What may spark debate, however, is the rebalanced combat system. Apparently Capcom has made some changes to “improve the game tempo and gameplay balance.” They don’t say what exactly they’ve changed, whether it’s the combos, timings, damage values, enemy AI, enemy spawns or the many other factors that come into play for such an iconic fighting system.

Thankfully the other new features add content rather than revise them. Vergil, Trish, and Lady are now playable characters in addition to the game’s original duo, Dante and Nero. Vergil is based on his Devil May Cry 3 Special Edition rendition along with some new combat mechanics, and will be available for all missions; Trish will use a combination of the Sparda sword, her pistols, and her firsts for Dante’s missions; and Lady specializes in long-range shooting, complete with a grappling hook to help traverse Nero’s missions.

Accompanying the new characters are bonus costumes that will also render during in-game cutscenes. Doesn’t sound too impressive on paper but it helps to keep things entertaining when you’re playing through multiple times.

However, no Devil May Cry game would be complete without some sort of open challenge to the players, which is why we’ll also get the Legendary Dark Knight Mode. Here “enemies spawn in greater numbers and with more strength and vitality,” which basically gives a chance to see how high a combo you can rack up before dying.

Devil May Cry 4 Special Edition releases digitally on 18 June for the PlayStation 4 and Xbox One, and on 24 June for Windows PC through Steam.

Ade thinks there's nothing quite like a good game and a snug headcrab. He grew up with HIDEO KOJIMA's Metal Gear Solid, lives for RPGs, and is waiting for light guns to make their comeback.
Previous post Dragon Age: Inquisition DLC Available Now For SG$19.90
Next post Crowdfunded RPG 'Pillars of Eternity' Is Nearly Upon Us