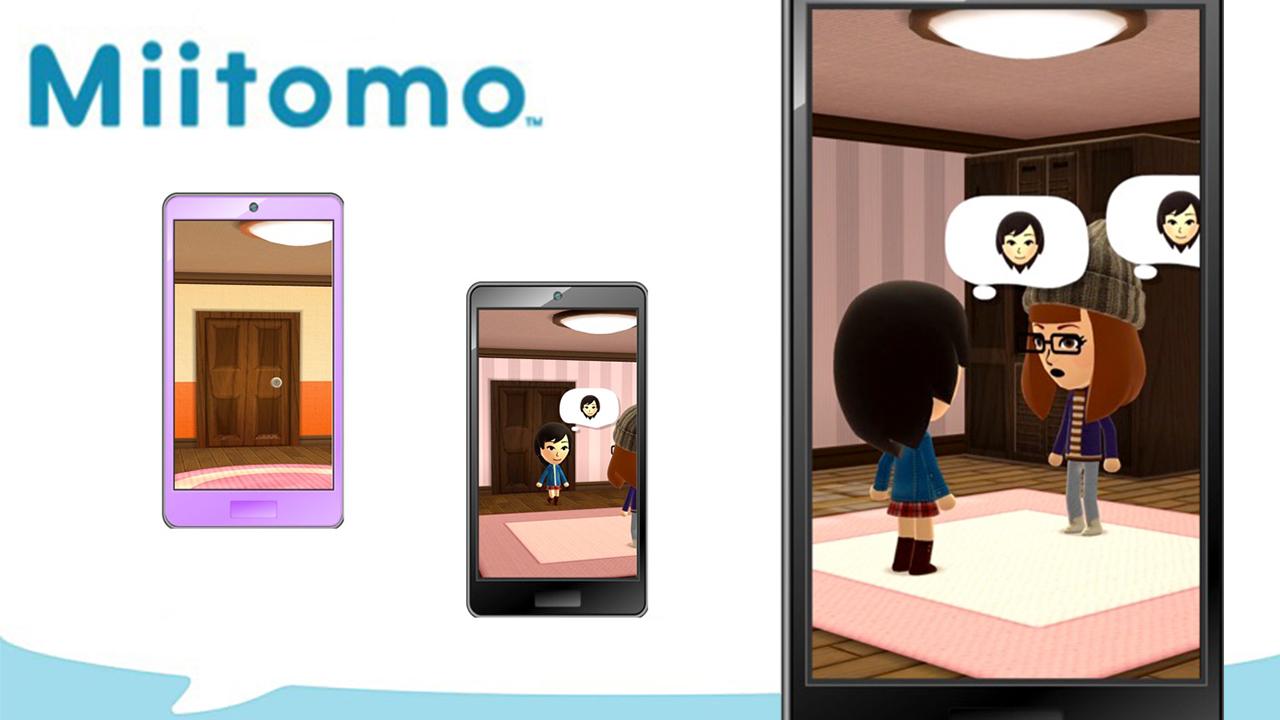 Is it any surprise that Nintendo’s first mobile game revolves around Miis?

Revealed during an investor briefing, Miitomo is designed to be a “friendly communication starter” between friends, sharing information that the player has chosen to share. Once your digital avatars have broken the ice you may carry on chatting just like any messaging app; there are presentation slides you can look at if you’d like.

You’ll be able to design your Miis in-game, although importing one from the Nintendo 3DS or Wii U should be possible since over 200 million already exist. What little gameplay segment it has looks awfully similar to Tomodachi Life, and communication will be strictly limited to people registered as friends.

While Tomodachi Life doesn’t have much content, or even gameplay depth for that matter, it’s a fun bit of distraction that injects life into the Miis people love creating – my Arnold Schwarzenegger absolutely detests macadamia nuts. One of its selling points was getting to further customize said Miis with rooms, clothes, and accessories, so we can probably expect Nintendo to take the same approach with Miitomo. Naturally, fans and observers alike speculate that this aspect will be provided for via microtransactions.

What Nintendo hasn’t mentioned is whether you can discover new friends, if there’ll be events, or what content updates would look like.

Hopefully the push to mobile grants profits that are funneled back into their core game divisions, particularly the future Nintendo NX platform.

The investor briefing also revealed a new account system that utilizes social media logins, as well as a peek at upcoming 3DS, Wii U, and amiibo products.

Miitomo hits smartphones in March 2016 and will be the first of approximately five mobile titles scheduled to release by March 2017.

Ade thinks there's nothing quite like a good game and a snug headcrab. He grew up with HIDEO KOJIMA's Metal Gear Solid, lives for RPGs, and is waiting for light guns to make their comeback.
Previous post Dragon Encounter Pre-Registrations Now Open
Next post November’s PlayStation Plus Games (Updated for Asia)