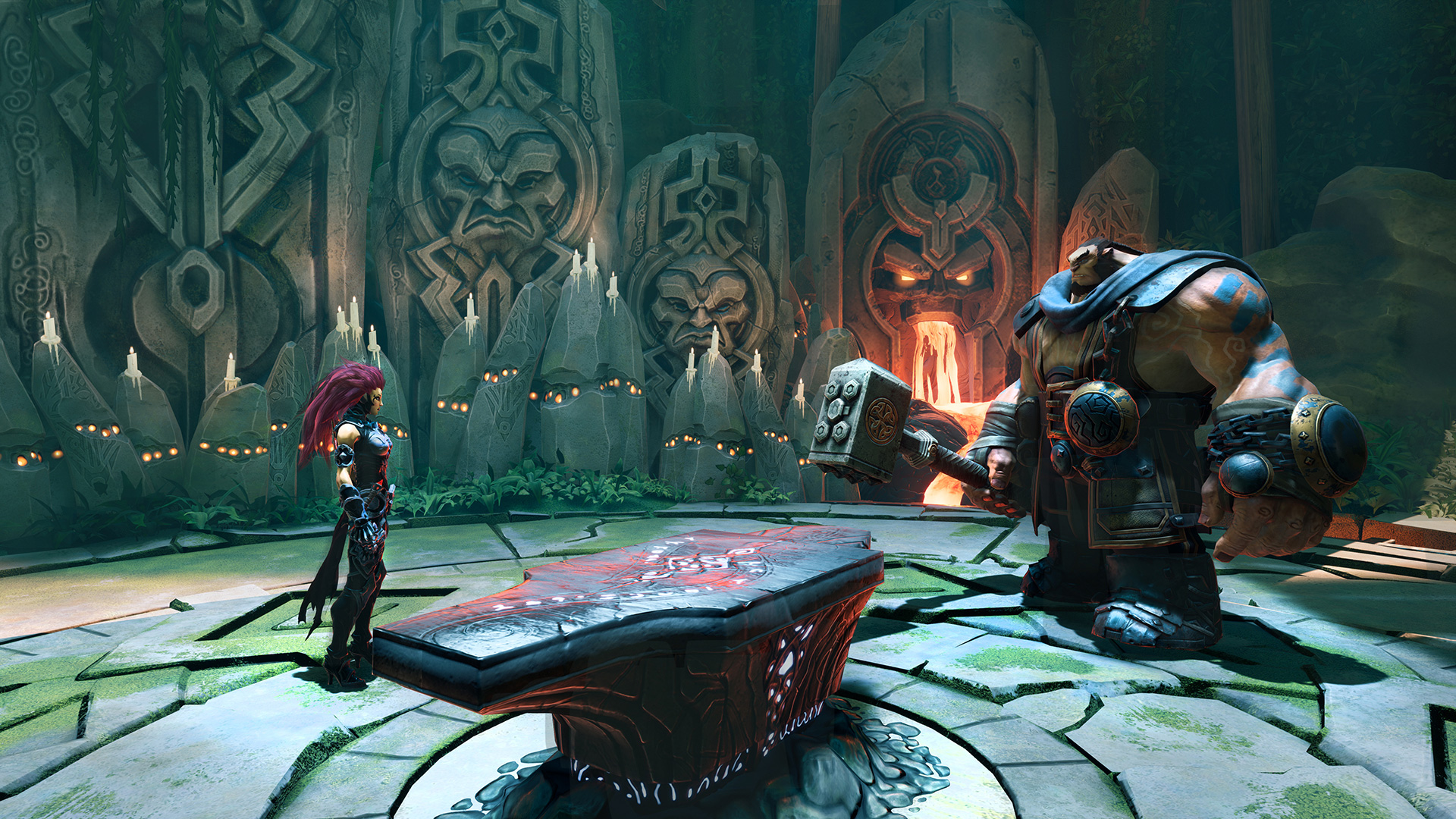 After an accidental leak via Amazon, THQ Nordic has formally announced the existence of Darksiders III. The hack-and-slash action-adventure game will follow a new protagonist, Fury, and is scheduled to release on PC, PlayStation 4, and Xbox One in 2018.

“Earth is now overrun by the Seven Deadly Sins and the mystical creatures and degenerated beings that serve them. The Charred Council calls upon Fury to battle from the heights of heaven down through the depths of hell in a quest to restore the balance and prove that she is the most powerful of the Horsemen.”

Unlike her siblings, War, Strife, and Death, Fury is described as a mage. She utilizes magic in conjunction with a fiery whip, which you’ll get to see in the pre-rendered trailer below. Occupying her secondary weapon slot are claws.

Darksiders III is being developed by Gunfire Games, a studio composed of former Vigil Games staff – the creators behind the first two titles. IGN reports that these members include “the Game Director, Executive Producer, Technical Director, Lead Environment Artist, and more.”

For those unfamiliar with the series, Darksiders is inspired by the Book of Revelation, starring the Four Horsemen of the Apocalypse. The game is set on Earth, albeit one wrecked from a premature apocalypse, with the resulting war between angels and demons rendering the world unrecognizable. It’s a fascinating tale, backed up by some great combo-heavy combat and an open-world design – the latter helped distinguish the series from God of War.

The games’ fate seemed uncertain following the collapse of publisher THQ in 2013, making this announcement a welcome pre-E3 surprise.

Ade thinks there's nothing quite like a good game and a snug headcrab. He grew up with HIDEO KOJIMA's Metal Gear Solid, lives for RPGs, and is waiting for light guns to make their comeback.
Previous post Gears of War movie picks up Ghost Recon Wildlands’ writer
Next post Google Play jumps on the Star Wars May The 4th party