‘Copper’ Dual Shock 4 and 2TB PS4 Pro headed to Japan — will it head our way? 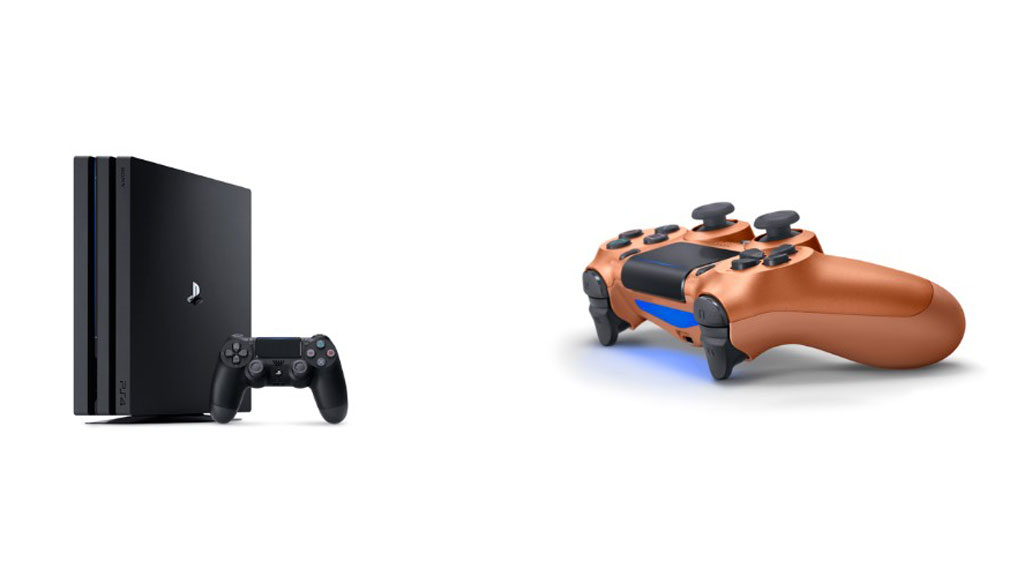 Japan is getting a new 2TB model of the PS4 Pro that has twice the storage of the existing base set, Sony Interactive Entertainment has announced.

The new model is seen as Sony’s response to PlayStation gamers’ increasing needs for storage space in their PS4 for downloaded demos, recorded gameplay videos, and entire free blockbuster games from the PlayStation Plus’s monthly catalogue.

While gamers can simply plug in a compatible external hard disk drive to expand their PS4’s storage capability, many gamers have expressed their interest in a new base model that comes with more storage to begin with.

By providing both 1TB and 2TB storage options for their flagship PS4 Pro gaming console, Sony believes that they will now be able to better cater to gamers’ varying needs and lifestyle choices — the extra storage makes a big difference if you prefer to buy games digitally, rather than pick up a packaged copy from retail, for instance.

This is not the first time Sony has announced a 2TB storae model of the PS4 Pro.

Back in August, Sony unveiled a limited-edition PS4 Pro that sported a translucent blue design — created to commemorate the 500 million PlayStation consoles sold milestone (across all iterations of PlayStation hardware) — and 2TB storage. It went on sale on August 24, and only 50,000 sets were available worldwide.

The new 2TB base model of the PS4 Pro will go on sale in Japan beginning November 21.

In addition to the new 2TB base model of the PS4 Pro, Sony is also introducing a new “Copper” metallic colour option to their lineup of Dual Shock 4 controllers.

This is the third metallic colour option for the Dual Shock 4; back in December 2016, Sony released “Gold” and “Silver” controllers, previously available for a limited period.

Like the new 2TB PS4 Pro, the Copper Dual Shock 4 controller will go on sale in Japan starting November 21. To commemorate the new metallic colour’s release, both the Gold and Silver editions will also be making a return to store shelves. All three colours will be available in unspecified limited quantities.

But Will It Head Our Way?

Although the current announcements are for the Japanese market, it is quite likely that the 2TB base model of the PS4 Pro will be rolled out to the rest of world at some point in the near future. After all, Japanese gamers aren’t the only ones with an increasingly larger appetite for digitally-downloaded content.

As for the Copper Dual Shock 4 controller, it’s anyone’s guess if there will be enough demand for it for Sony to release them here. Even if they do, there’s no telling how easy it would be to find them — many shops in Singapore currently do not have the Gold or Silver colour options in stock. So if you’re keen on the new Copper controllers, it might be a good idea to grab them wherever you find them.

Previous post Review – Breaking the mold with Thronebreaker: The Witcher Tales
Next post Football Manager 2019 gets a free PC demo!