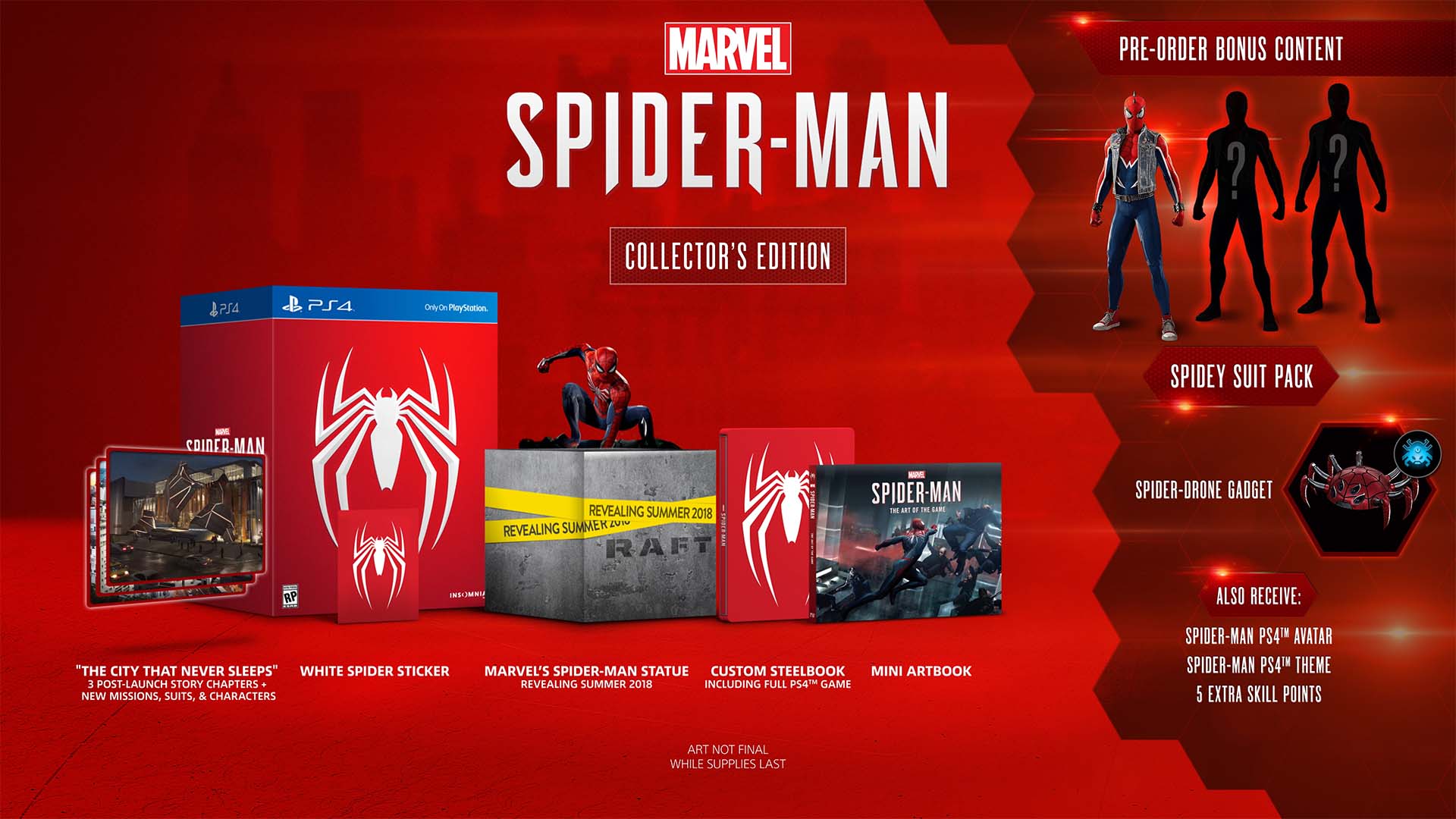 The Singaporean branch of Sony Interactive Entertainment has announced the local prices for the various physical and digital editions of Marvel’s Spider-Man. Expect to set aside S$229 if you’re hoping to pick up the collector’s edition, a subject of some curiosity for its half-revealed statue.

Details on the different editions were first released earlier this month on the US and EU PlayStation Blogs, when developer Insomniac Games finally dropped the launch date of the PlayStation 4 exclusive. The Singapore release has no differences in either contents or pre-order premiums, listed below:

Pre-orders start today, 27 April. Those listed premiums are applicable to both the digital editions and the initial wave of physical copies.

The Digital Deluxe, which adds post-launch DLC “Marvel’s Spider-Man: The City That Never Sleeps,” is priced at $74.90.

The Collector’s Edition includes said DLC as well as a mini artbook, a custom SteelBook, a sticker, and the mysterious statue. Insomniac are saving the full reveal for summer 2018, so whatever it is Spidey is perching on is anybody’s guess.

Marvel’s Spider-Man is an open-world action adventure with its own, original story. The game has you zipping around New York City as usual, but there’s a greater focus on Peter Parker’s personal life and his struggles as a veteran crime-fighter. He’s got an all-new suit, too, with the Iron Spider Suit from the Avengers: Infinity War movie confirmed as a pre-order bonus.

PlayStation fans already have their hands full with God of War (or “Dad of Boy” if you prefer) and the Detroit: Become Human demo, but we all know that the web-slinger is simply biding for his time to shine.

Ade thinks there's nothing quite like a good game and a snug headcrab. He grew up with HIDEO KOJIMA's Metal Gear Solid, lives for RPGs, and is waiting for light guns to make their comeback.
Previous post PUBG Southeast Asia Championship announced; SG/MY qualifiers take place May 5 – 27
Next post Microsoft are giving away a custom Xbox One X signed by Real Madrid players