Code Giveaway: Get a Free Pet Summon for Heart Castle 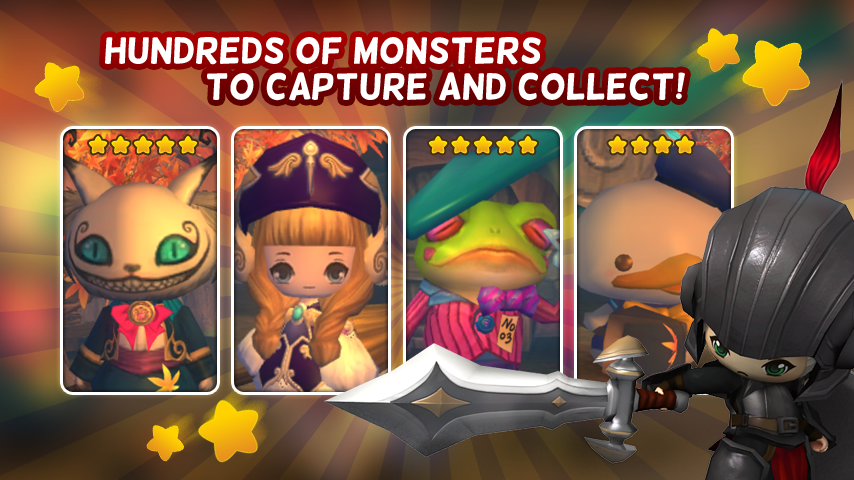 Playpark’s Heart Castle has been out for nearly two weeks now. With inspirations froms Alice in Wonderland, it’s essentially a cute monster-collecting game featuring real-time 3D combat, with plenty of customization and dungeon-exploring doled in for good measure.

There have been a number of events rolled out since launch, either to reward players or attract newcomers. Currently, Asiasoft are holding a “Rate and Review” milestone campaign until 20 April 2015, where the total number of reviews received on iTunes and on Google Play translate into free rubies for everyone.

They’ve also reached out to media outlets to distribute codes for a random pet summon. Turns out we have 150 of those, so come grab one. First-come, first-served!

Note: GameAxis does not receive a copy of your email. Godankey will delete all records on their end after the codes have been delivered.

To redeem the code in-game, simply select “Coupon” followed by “Select Redemption” and then “SG Reader Package.” There you’ll be prompted to enter the code and voilà, one free pet summon coming right up!

Heart Castle is free-to-play so give it a whirl on iOS or Android.

Ade thinks there's nothing quite like a good game and a snug headcrab. He grew up with HIDEO KOJIMA's Metal Gear Solid, lives for RPGs, and is waiting for light guns to make their comeback.
Previous post Hearthstone Now on Mobile, Get a Free Classic Pack
Next post Guitar Hero Live Reboots Franchise with Huge Changes