Code-breaking in the Call of Duty: WWII beta 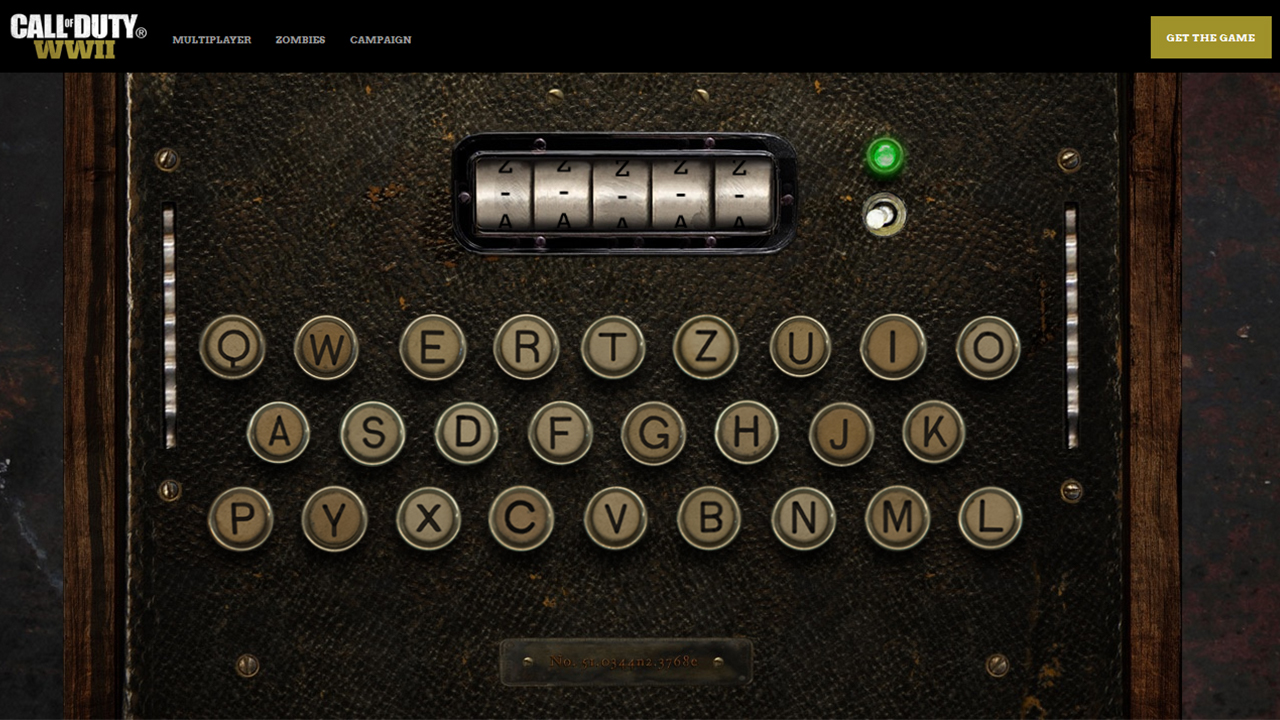 With the Call of Duty: WWII PC beta coming later this month, can fans expect to uncover a new round of Easter eggs?

During the private beta weekends for consoles, players discovered exceedingly suspicious barcodes dotted across various maps. They were shaped like audio waveforms and entirely out of place – in short, they screamed ARG (alternate reality game) and, what do you know, it was one.

Imagine a group of Allied and Axis soldiers in the middle of a small ceasefire, puzzling over something that looks right out of CoD: Infinite Warfare.

Through either sheer luck or mild astroturfing, the community discovered these were barcodes you could scan with the Spotify app. The audio messages themselves contained separate Morse code, which had to be deciphered at the Call of Duty: WWII Classified site (it’s an Enigma machine) to access some history and an exclusive Calling Card for launch. The entire process has been logged at the Call of Duty fan wiki for anyone curious about the details.

It’s a nice promotional touch for the game, seeing how both Morse code and the Enigma machine played huge roles in World War II – the former in secret transmissions and the latter in Nazi Germany’s encryption of those codes.

What’s more, these Spotify codes are merely the latest in a string of code-breaking ARGs surrounding the game, most of which point back to the Classified site. Developers Sledgehammer Games are revisiting World War II because they wanted to keep the memory alive for a new generation (it’s been ten years since we went Modern Warfare, after all) so giving players snippets of history complements that desire nicely.

Well, until we go back to our man-shooting and scorestreak rampages at launch, that is.

The Call of Duty: WWII PC beta kicks off on 29 September, while the full game launches on 3 November (PlayStation 4 and Xbox One included).

Ade thinks there's nothing quite like a good game and a snug headcrab. He grew up with HIDEO KOJIMA's Metal Gear Solid, lives for RPGs, and is waiting for light guns to make their comeback.
Previous post Impressions — Forza Motorsport 7 a proper next-gen leap for the series
Next post The livestreaming battle: How Mixer differs from the rest