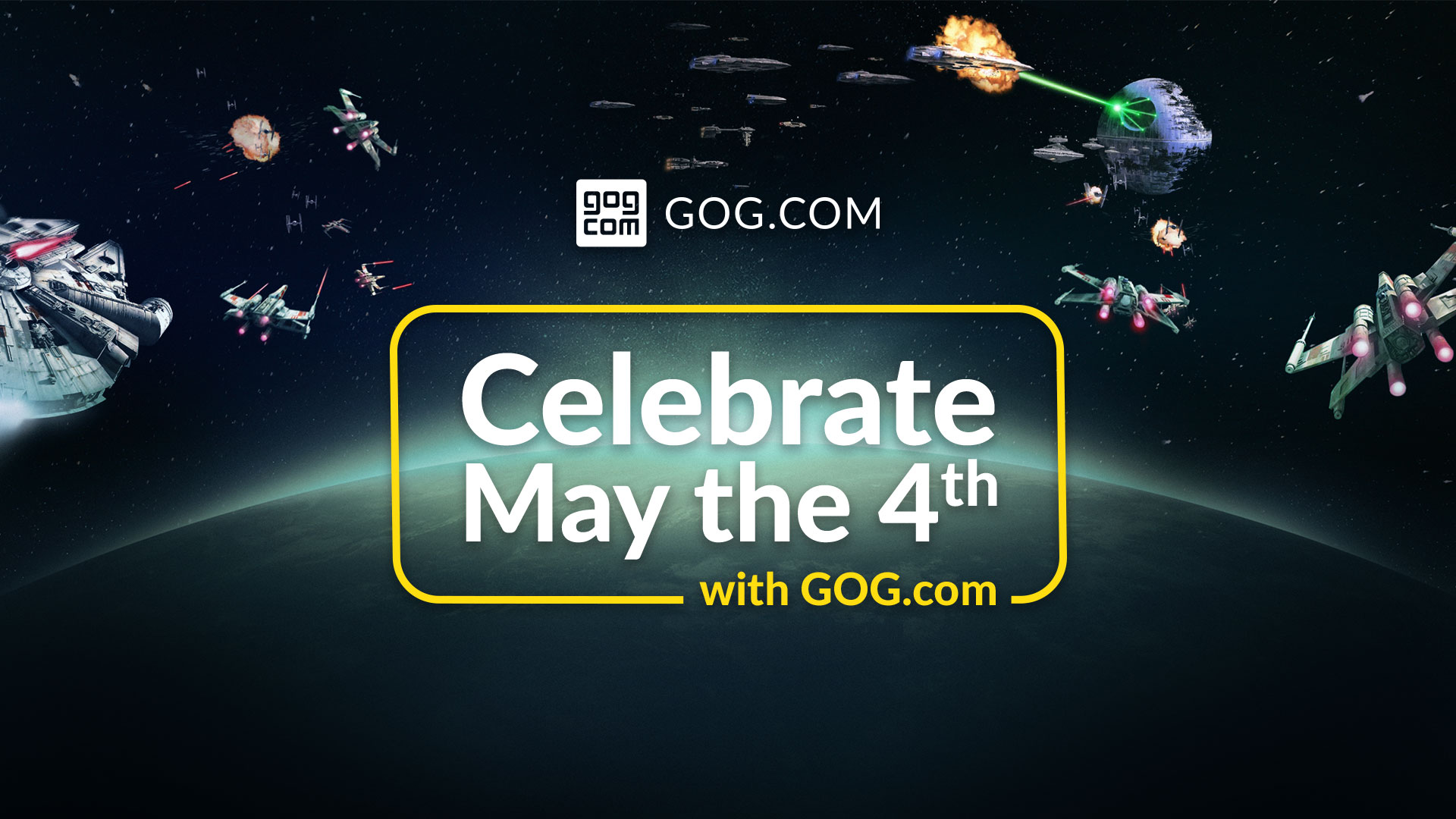 It’s a special month for Star Wars fans, with a giddying array of events lined up all over the world. Although gamers already have Battlefront II to look forward to, its November release date doesn’t quite line up with “May the 4th” celebrations. That’s why GOG.com have stepped up with their own The Star Wars Sale, where a bunch of classic titles can be yours for up to 77% off.

We’ve been fortunate in getting a long line of memorable Star Wars games under the stewardship of LucasArts, covering all manner of genres and timelines.

In the shooter category, we have games such as Star Wars Republic Commando, the original Battlefront II (released in 2005), and the Jedi Knight series, covering everything from the movies to the expanded universe. The Jedi Knight games also happen to be shining examples of what good lightsaber combat played like, boasting various combat styles.

For real-time strategy, one can turn to Galactic Battlegrounds Saga or Empire at War, the latter home to some great space battles.

Role-playing fans will already recognize the Knights of the Old Republic series developed in BioWare’s earlier days, both of which were highly regarded even outside of the Star Wars fandom.

Think Star Wars and PC gaming, however, and one always falls back to the golden era of space sims. Cue the X-Wing series and Rogue Squadron 3D. While terribly dated in the graphics department, they remain a hotbed of nostalgia for many.

All the games we’ve highlighted above can be had for less than $10 each. Furthermore, GOG.com takes out most of the hassle in getting these games working on modern systems, which in some cases may end up being a nightmare. It isn’t entirely foolproof – crashes and bugs still plague certain releases and users – but it is one of the more viable options in legally acquiring these classics.

Ade thinks there's nothing quite like a good game and a snug headcrab. He grew up with HIDEO KOJIMA's Metal Gear Solid, lives for RPGs, and is waiting for light guns to make their comeback.
Previous post A recap on Ubisoft Singapore’s involvement with Assassin’s Creed
Next post Kazuya kicking Heihachi immortalized in Tekken 7 Collector’s Edition statue