Civilization VI homes in on SEA with Khmer and Indonesia 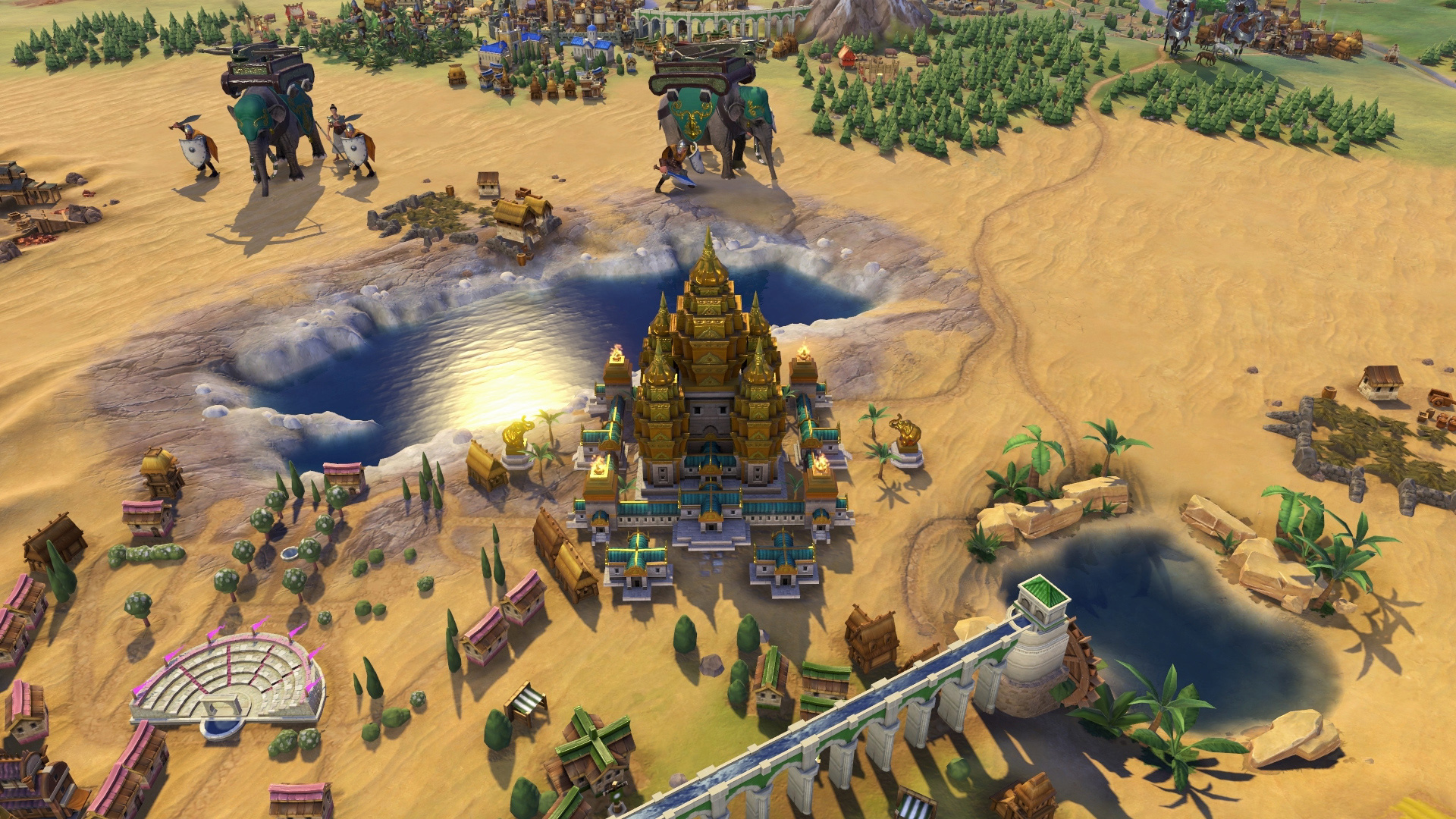 Southeast Asia gets the spotlight in the latest Civilization VI seasonal update. Available now for all PC players (“coming soon for Mac and Linux”), Firaxis has introduced the Khmer and Indonesia Civs to the turn-based strategy game, bringing with them new uniques, Wonders, and a scenario that plays on the accompanying religion overhaul.

The following items are part of the Civilization VI – Khmer and Indonesia Civilization & Scenario Pack, currently priced at S$12.50 on Steam.

“Between the Ninth and Fifteenth Centuries, the god-warrior-kings of the Khmer Empire dominated Southeast Asia. Theirs was a formidable agricultural-martial kingdom whose wealth impressed even the mighty Chinese to the North. Unfortunately, all of that gold and rice would prove too attractive for their regional rivals, ultimately making the conquerors of the Suvarnabhumi the conquered.”

The Khmer Empire, succeeded by present-day Cambodia, was as much a religious powerhouse as it was a hotbed of power, wealth, and culture. After all, their greatest monument lives on today as the world-famous Angkor Wat temple city.

Serving as the Civ’s leader is King Jayavarman VII. He displayed immense military skill by reclaiming the capital from the neighboring Chams, fending off the northern invaders before ultimately claiming their territory for his own. With that 22-year war out of the way, Jayavarman VII then turned his attention to the people – unifying the empire, building infrastructure, and overthrowing four centuries of Khmer Hinduism for Mahayavana Buddhism.

“At its height, the Buddhist-Hindu kingdom of Majapahit (in what is now Indonesia) flexed its might across 98 regional tributaries, a formidable state which once resisted the mighty Mongol Empire. Here, the monarch was not only its ruler, but its guardian, empowered by the people. But what if the people felt the leader no longer deserved being empowered?”

One of the last major empires in the region, the Majapahit’s influence stretched throughout present-day Singapore and Malaysia all the way to southern Thailand, the Philippines, and New Guinea. Just as impressive was its turbulent history, from a founding rooted in betrayal to a golden age bookmarked by rebellions and civil war.

Civ leader Dyah Gitarja ascended to power after her half-brother was assassinated by his own physician. Her first order of business was to address the revolts, with legend stating that that the warrior-queen personally rode into battle with her cousin to face rebels in Sadeng and Keta. However, she is better known for kickstarting the expansion that turned the kingdom into an empire, her conquests culminating with the island of Bali.

Now that Indonesia is a full-fledged Civ, the Jarkarta city-state is replaced by Bandar Brunei.

“The lands around the Indian Ocean flourish with many religions and many people. Heaven has chosen you to bring the light to all these lands. Is your faith up to the challenge? Can you convince the people of Southeast Asia to follow your religion? In this 50 turn scenario, compete to have the most followers of your religion, the most faith per turn, and the most foreign cities following your religion.”

Accompanying the new content is the free Fall 2017 update, which overhauls religion while also bringing enhancements and changes to the overall game.

Civilization VI players may be happy to hear that religious units now move in their own layer, with Zone of Control and Flank and Support bonuses applicable in religious combat. In other words, encounters will now be a tad more tactical rather than simply flooding the map with missionaries and apostles.

Firaxis meant business when they say “overhaul”, so here are the other notable revisions:

The balance changes, bug fixes, and AI tuning are also just as long, so head on over to the official post for a full breakdown.

Civilization VI is a bold and brilliant step forward for the series – read our review to learn more. Lots have changed in the past year with all these seasonal updates but, at its core, it’s still a devious trap built to leave you clinging onto the next turn button. And should you ever get tired of it (hah), there’s a wealth of mods to keep players entertained for weeks and months afterward.

Ade thinks there's nothing quite like a good game and a snug headcrab. He grew up with HIDEO KOJIMA's Metal Gear Solid, lives for RPGs, and is waiting for light guns to make their comeback.
Previous post Steam’s Halloween sale coming this weekend
Next post Review – Project CARS 2 (PS4) is equal parts brilliant and frustrating