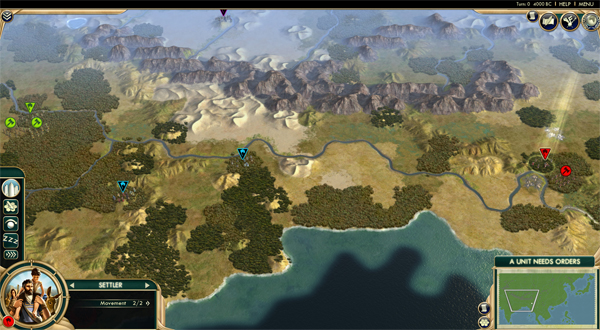 The studio behind Civilization V has announced two new map packs for their time-devouring monster. Titled “Scrambled Continents” and “Scrambled Nations”, both are priced at US$4.99 (SG$6) and introduce real-world locations to the game. While the outlines will be geographically accurate, what happens within those borders will be randomised with each new game.

Scrambled Nations will only arrive on 5 November though, so you have some time to mess around with the other release. Maps included in this add-on are Canada, Australia, Japan, Scandinavia, Great Britain and China.

Now we’ll finally get to see Gandhi nuke us from a geographically correct continent! Andall I wanted was for trade routes to reach his neighbours.

In grim 2K-related news, the Marin studio has gotten a round of lay-offs.

Ade thinks there's nothing quite like a good game and a snug headcrab. He grew up with HIDEO KOJIMA's Metal Gear Solid, lives for RPGs, and is waiting for light guns to make their comeback.
Previous post NSFs Get a $15,000 World of Tanks Championship for License2Play
Next post Blizzard All-Stars Is Now ‘Heroes of the Storm’