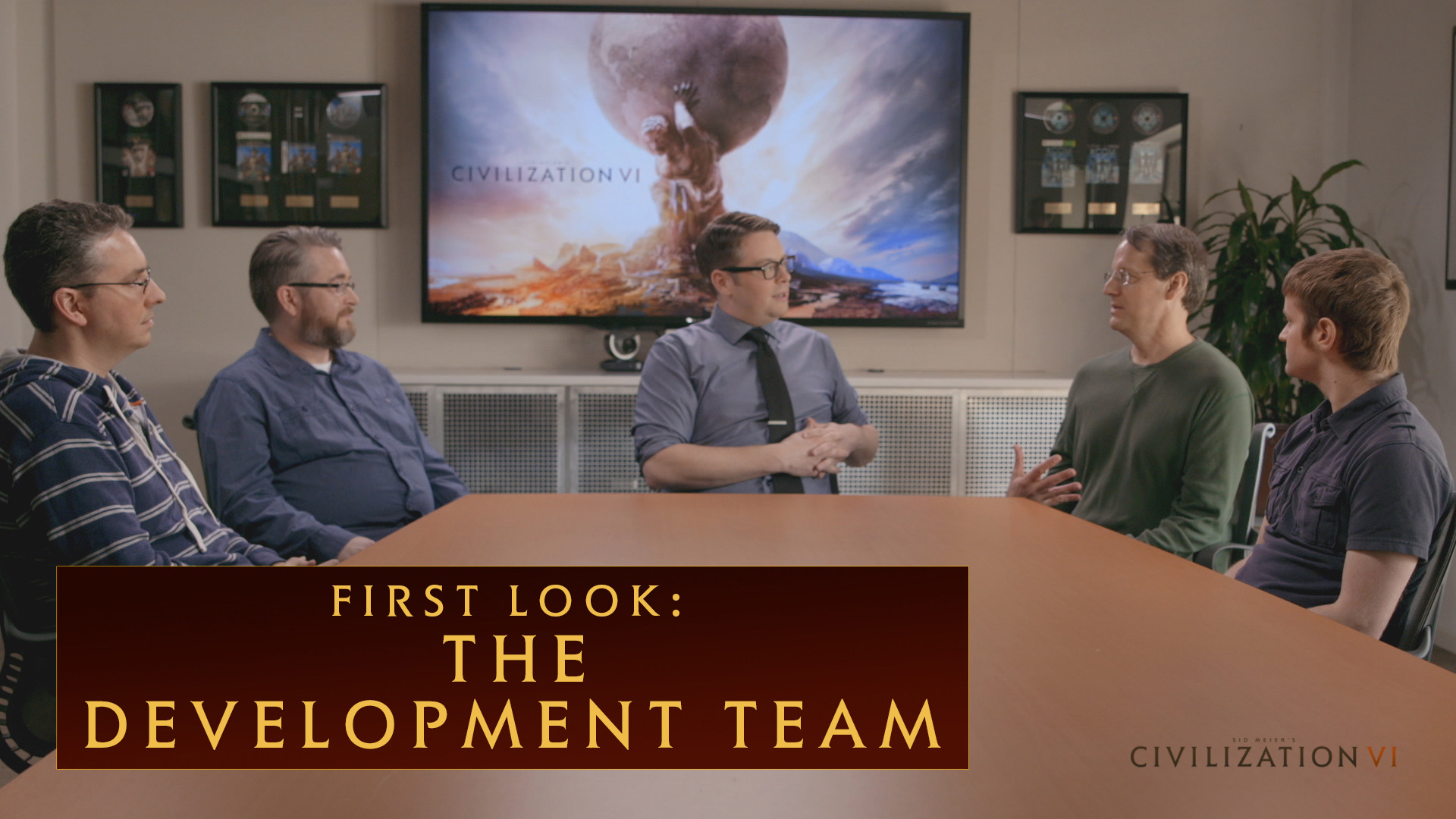 Firaxis Games’ Civilization VI has a lot to live up to after the rousing success that is post-expansion Civilization V, a game that still commands over 26,000 active players as of writing – a figure that easily doubles on weekends.

Naturally, there’s plenty of curiosity on how Civilization VI will take the series forward and, for their part, the developers have been happy to oblige, supplying a constant stream of updates. In the latest blog post we’re introduced to the creative leads steering the ship, one of whom is Lead Designer Ed Beach. While they don’t reveal anything new, it’s always great to see developers talking about their work.

Beach led the design teams on Gods & Kings and Brave New World, two Civ 5 expansions often credited for the game’s rise to the top. In a brief Q&A, he explains that their approach for Civilization VI is to” give players more meaningful and interesting choices.” We’ve seen that translate into districts and technology boosts, features that incentivize players to plan and diversify instead of going through rote build orders.

Yet what he’s most curious about isn’t the reception to those changes, but rather the selection of leaders and Civs: “There’s always a lot of excitement from players about how different cultures get represented in Civilization. We’ve brought some familiar faces back, but there are some new Civs and leaders that I think people will be anxious to get some time with.”

Similarly, Lead Producer Dennis Shirk is most excited about the changes to culture. The 11-year Firaxis veteran professes to be “a huge culture player and builder” and finds that it “feels so much more active than it has before.”

This joins the recent news of Christopher Tin returning to compose Civilization VI’s title theme, “Sogno di Volare” (The Dream of Flight). Lest anyone forget, he also composed “Baba Yetu” for Civilization IV, the first piece of videogame music to win a Grammy Award.

In that same award show, Tin won another two Grammys for his debut album “Calling All Dawns”, a musical masterpiece that serves as great accompaniment to the Civ games – each of the 12 songs are sung in a different language, transitioning seamlessly from one to another. If you’ve never heard of it before then you certainly have no excuse now.

All that’s left is to see whether the game manages to take flight. Civilization VI releases on October 21 for Windows PC.

Ade thinks there's nothing quite like a good game and a snug headcrab. He grew up with HIDEO KOJIMA's Metal Gear Solid, lives for RPGs, and is waiting for light guns to make their comeback.
Previous post Online beat-em-up Zone 4 brings Muay Thai, Sambo and more
Next post Impressions: Stifled