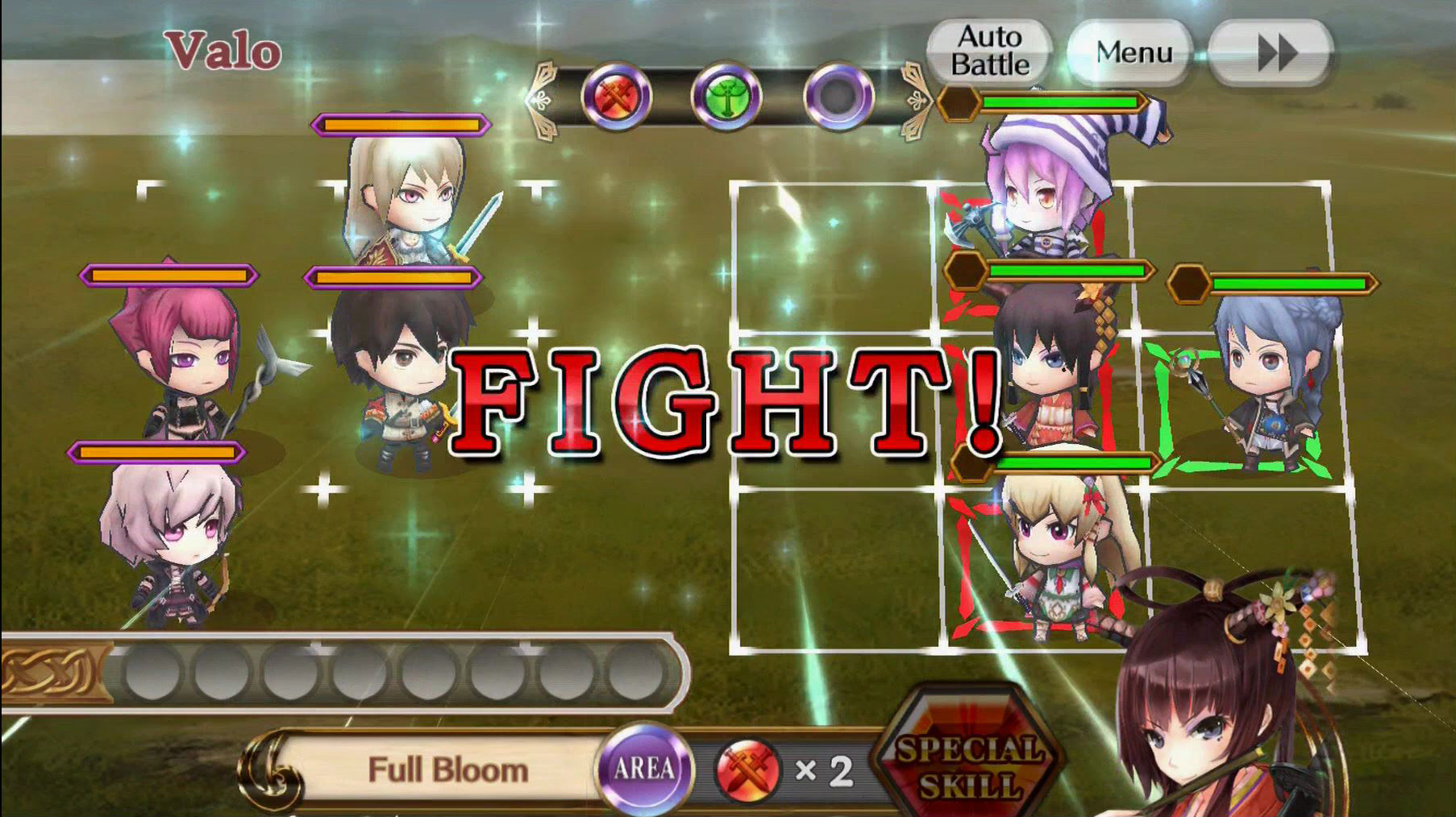 How’s your Chain Chronicle journey coming along? I hope you haven’t been inundated by events and dailies to play those story missions because things are coming to an end! Well, in the narrative department at least.

Today’s update adds the final chapter in the Volunteer Army’s quest to save Yggdra. It’s no big deal: Just have to infiltrate the Royal Capital and fend off waves of Black Army goons before facing the Black King himself. Yup, all in a day’s work for a bunch of volunteers. Just make sure said volunteers are at least level 38 if you’d like them to come back.

Naturally, Chain Chronicle as a game doesn’t just end there. There are still side and character missions to go on, and we may just get more story content in the future. More pressingly, however, is that we now have multiple large and capable military forces wandering the country, so how do we occupy their time? Why, by making them fight each other!

The Sage’s Gauntlet is an all-new player-versus-player mode. Rather than going against someone else directly, players will fight “waves of AI-controlled squads based on the parties of other online opponents.” The Gauntlet itself is a randomly-generated pathway filled with both opponents and prizes, so you’ll want the very best party members – ten of them, to be exact – if you want any hope of scoring fabulous loot and Honor Tokens.

The Gauntlet isn’t a linear affair so pick your opponent wisely! Prysma crystals can’t resurrect any downed members either, only heal them. And since you’re up against other parties, your opponents get their own mana orbs to unleash special attacks of their own. Victory’s only declared when an entire party, that is the four starters and two subs, have all been defeated. One can still carry on after losing but it’ll be with a much smaller pool of members now. Remember: No resurrecting!

Will all that in-fighting and broken friendships be worth it? Honor Tokens can be used to draw for rare characters (three-to-five stars) or exchanged for enhancers, so the answer is probably yes.

I just hope Pirika gets a feast before all this – she’s got plenty more mana orbs to carry.