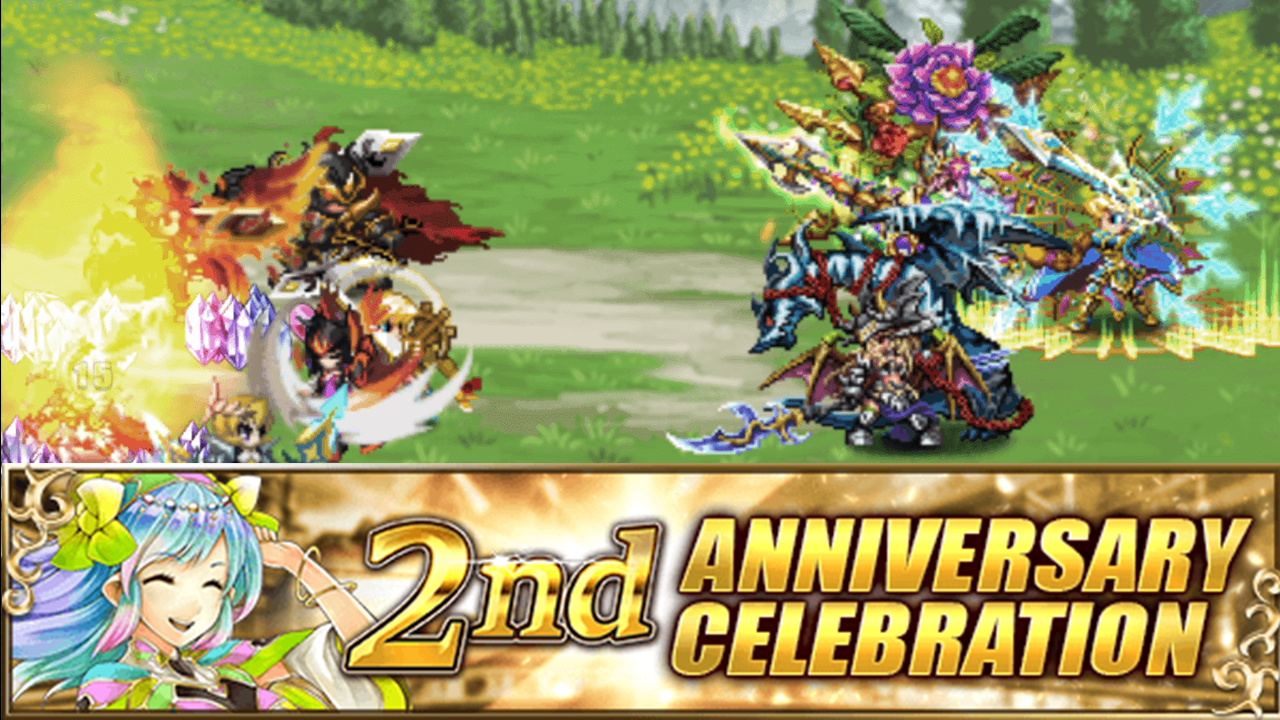 Would you look at that? It’s already been two years since Brave Frontier stirred up the mobile gaming realm with its debut. After all the success the hero-summoning RPG has seen it’s little wonder that gumi Asia are letting the celebratory fireworks fly all month long.

You don’t have to work terribly hard to score some rewards. For instance, just clicking Like on their Facebook page goes towards a series of milestone prizes.

Of course, if you prefer something a little more substantial then the The Anniversary Login Campaign may be up your alley. Running from now until 4 December, players will get free daily rewards as well as the opportunity to pick up two free units.

Login for 20 days within this period to get Lucia (the ridiculously impressive winning entry for the Brave Frontier Fan Art Contest), whereas bumping that record up to 30 days adds a free unit of your choice. While it doesn’t have to be consecutive logins you do need to be registered.

Beyond the login screen, fans can take advantage of increased quest experience and honor points by 2.5× and 10× respectively. On the other end of the spectrum, summon tickets are now going at discounted rates.

All that is simply the first out of five event phases gumi has lined up. There’s a new batch of hero units arriving, a bunch of global exclusive content such as quests and the Challenge Arena, as well as a number of time-limited promotions. Keep track of it all over on the official forums.

New to the game or ready to come back? Here’s where you can download Brave Frontier on iOS, Android, and Windows Phone.

Ade thinks there's nothing quite like a good game and a snug headcrab. He grew up with HIDEO KOJIMA's Metal Gear Solid, lives for RPGs, and is waiting for light guns to make their comeback.
Previous post PlayStation Vita gets Civilization Revolution 2 Plus on 3 Dec
Next post Spring comes early for Plants Vs. Zombies Garden Warfare 2