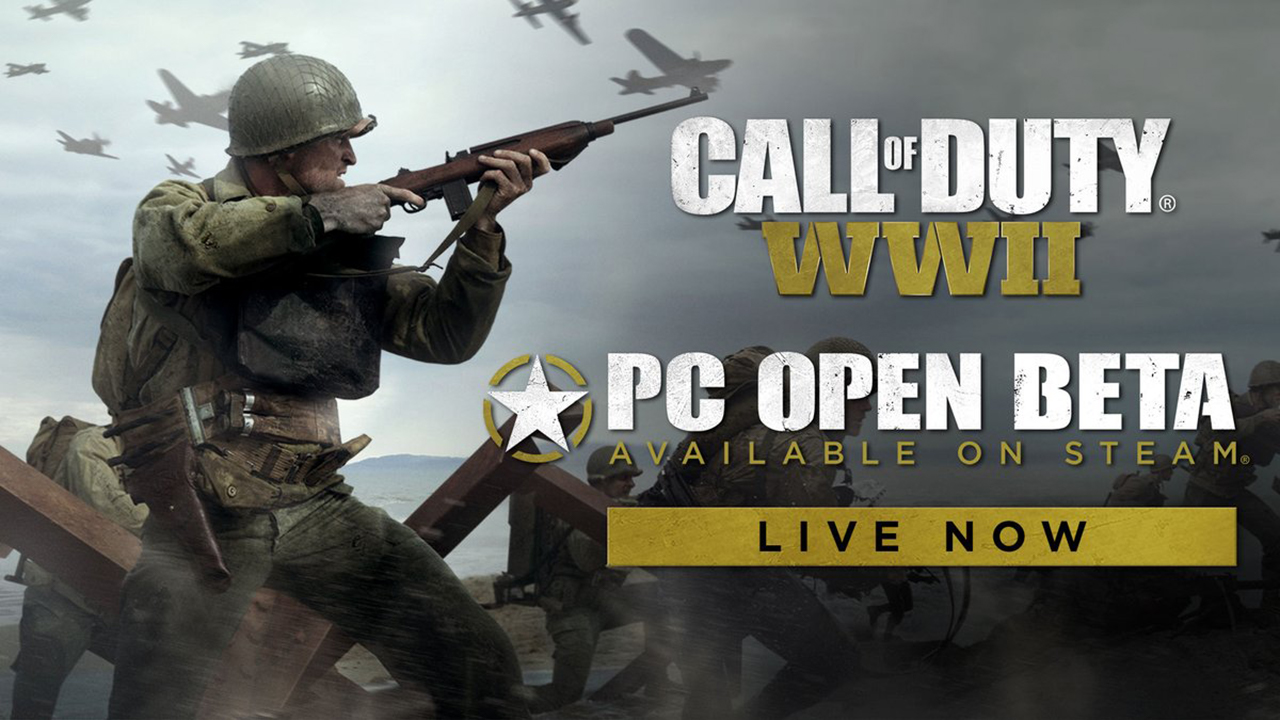 Sledgehammer Games has launched the PC open beta for Call of Duty: WWII, which runs from now until 2 October. The client is available on Steam.

The #CODWWII PC Open Beta is now live! Give us your feedback and stay tuned for updates throughout the weekend: https://t.co/VFRPayqqQJ pic.twitter.com/7FuicXdPH4

According to the developers, the beta’s content will mirror the console beta that concluded a few weeks back.

Technical features such as native 4K resolution, a frame rate cap of 250, and ultrawide monitor support are some of the things available in this beta, although they’re still working on getting HDR and multi-monitor support in for launch.

Similarly, not all gameplay features are present in the beta. The full armory (weapons, scorestreaks), modes, Headquarters social lobby, and Supply Drops are reserved for launch.

As of writing, the beta has been slammed with a Mostly Negative rating on Steam, owing to either its poor PC optimization or what players felt were repetitive gameplay and recycled assets. It’s hard to tell how much of it is just vitriol to the franchise, though poring through the feedback threads one can find common pain points such as the small map size and its peer-to-peer connection.

Sledgehammer’s official feedback threads can be found on Steam and Reddit, while support goes through Activision. There’s also a beta survey to fill up.

Call of Duty: WWII launches on 3 November for PC, PS4, and Xbox One.

Ade thinks there's nothing quite like a good game and a snug headcrab. He grew up with HIDEO KOJIMA's Metal Gear Solid, lives for RPGs, and is waiting for light guns to make their comeback.
Previous post Wargaming calls for covers and remixes in Tank Factor music competition
Next post Review – FIFA 18 (PS4) brings steady improvements to the series