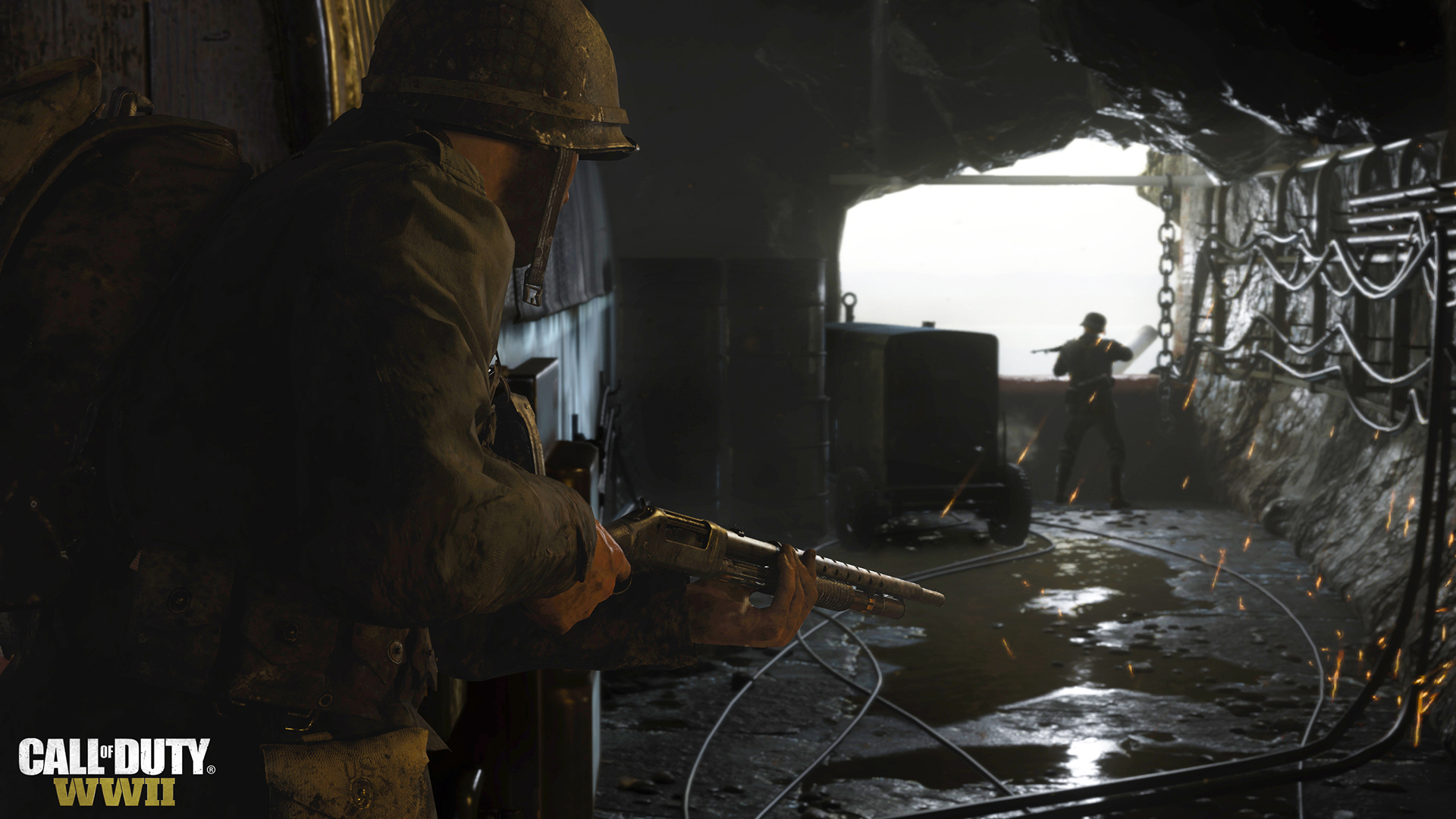 Call of Duty: WWII is getting its PC open beta in late-September, confirmed Sledgehammer Games in a recent blog post. Scheduled to run from 29 September to 2 October on Steam, the multiplayer beta is designed (like any other) to both stress test core systems and gather feedback for an optimized gameplay experience.

The announcement follows two weekends of private beta testing on consoles, with Sledgehammer co-founder Michael Condrey leading community engagement on Reddit – thread one and thread two respectively. Their transparency with regards to technical setbacks, bugs, and gameplay tweaks has seemingly earned them valuable pre-launch support, and the developers plan to host equally productive discussions with their PC audience.

With PC being a much larger beast to tackle, only the minimum system specifications have been detailed thus far:

Recommended PC specs will be shared in a later update, though it will not be reflective of the final specs for launch.

Further information on the beta, such as pre-load times and available content, will also be revealed soon.

While Sledgehammer may be taking Call of Duty back to its roots, they aren’t doing it without some ideas of their own. The largest of these is the multiplayer War Mode (co-developed with Raven Software), where players work as a team in objective-based missions inspired by real World War II battles. On paper, it reads like a mix of Battlefield 1 and Overwatch, in a move that’s honestly welcome given the series’ pressing need to reinvent itself. The previous iteration, Call of Duty: Infinite Warfare, saw most of its efforts poured into the campaign to somewhat mixed results.

This doesn’t mean that traditional modes such as Team Deathmatch or Zombies are now obsolete. War Mode simply reflects the shift in first-person shooters, though don’t expect super powers and ultimate abilities in this WWII retelling. What players can expect is for the create-a-class system (remember when that was new?) to be reforged as Divisions, streamlining and reinforcing certain play styles.

That’s not all. Call of Duty: WWII’s multiplayer revolves around the Headquarters social hub, a first for the 14-year-old franchise. It’s as much a space to hang around and emote as it is an avenue to access zones such as firing ranges and dueling arenas. To keep things interesting, Sledgehammer plans to to hold dynamic and seasonal events to surprise players with.

Ade thinks there's nothing quite like a good game and a snug headcrab. He grew up with HIDEO KOJIMA's Metal Gear Solid, lives for RPGs, and is waiting for light guns to make their comeback.
Previous post Try GT Sport and Taiko no Tatsujin at the Play Everything roadshow
Next post Watch the first chapter of Game of Thrones’ Conquest & Rebellion animated special