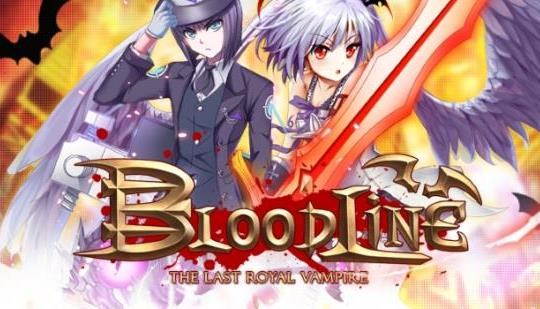 Itching for something fun on your Android smartphone? Then check out the Bloodline beta, a game published by Cherry Credits, which became available last week.

Bloodline is a mobile role-playing card game with emphasis on deep variety of character customization, allowing for a roster of heroes that feels distinctly yours. The story follows the Last Royal Vampire, Lilo.I and her companion Ron, in their quest to save their loved ones from the militaristic order, the Holyland.

The game features a Tap-and-Swipe core gameplay mechanics and anime-style game arts, and Bloodline players will acquire a diversity of characters, assemble them into squads, and set forth on a massive story-driven journey while engaging in turn-based combat along the way.

The game seems pretty indepth too, for a mobile game, as it will contain daily challenges, Arena battles, and in-game events. Players’ victory will depend on careful squad management and thoroughly levelling up of characters through evolution, fusing, potential awakenings and job growth.

During this Beta period, Cherry Credits will compile data and feedback as part of final preparation for the launch to improve the game content and services. There will be no data wipe for Bloodline Beta players who bind their Facebook accounts to their Bloodline accounts during this time. Additionally, each of Beta participant will be rewarded with a Rae character card, a powerful defensive hero who is capable of draining opponents of their regular damage and Critical Hit rates.

Players can download the beta for the Android platform right here. The game will be available on both the Android and iOS platforms after the beta period.

Aaron Yip is an industry veteran with more than 15 years of experience. When not spending time on his gaming PC and consoles, he can be found in Hyrule solving ungodly puzzles and collecting gems.
Previous post One Piece Pirate Warriors 3 (PS4) Review
Next post Takeshi "Beat" Kitano Confirmed in Yakuza 6