Blood Bowl II Kicks Off on PC and Consoles 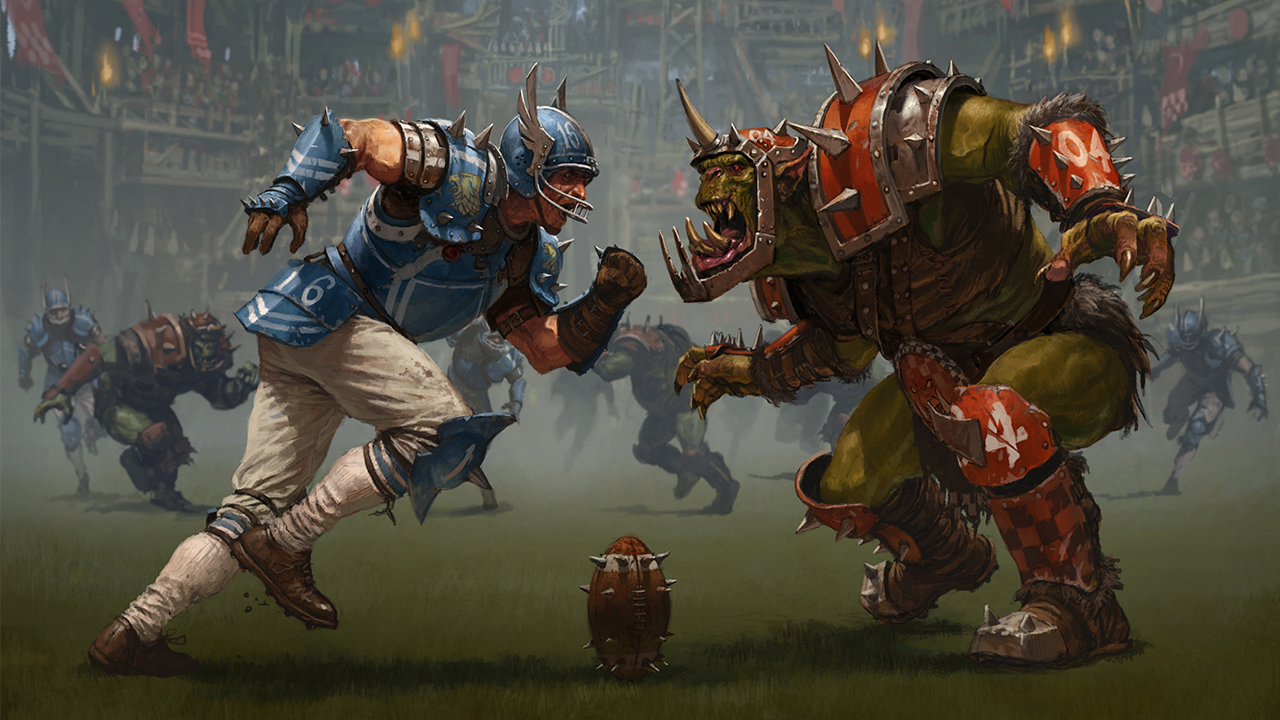 Trust Games Workshop to the take the term “fantasy football” in a very literal direction. Crossing American Football with the fantastical races of the Warhammer universe makes for a fun, whacky and violent game; one that has its roots in boardgames way back in 1987. Today we’re looking at the impending release of a digital version, and it’s a sequel too.

Cyanide Studio only got the license for Blood Bowl after being sued over Chaos League, a game that bore heavy resemblance to the former.

It turns out that Games Workshop rejected Cyanide’s initial pitch but took notice of the game eventually. One settlement later and we now have a British wargaming company and a French developer working hand-in-hand.

Blood Bowl II strips away the real-time mode of its predecessor for a purely turn-based experience. Running on a new graphics engine, the game also sports new features such as a solo campaign mode, stadium customization, sports commentary, and a player marketplace. It’s keeping all of the humor and brutality though, so no worries there.

The campaign mode involves the Reikland Reavers. Once renowned for their wealth, talent, and sheer number of achievements, the human team is now struggling to return to their former glory. Guess whose job it is to lead them? And this being a story-led campaign means we can expect a number of scripted events that wind up affecting gameplay.

Players are free to create and manage their own teams in online or offline modes of course, with Blood Bowl II offering eight races to choose from: Humans, Orcs, Dwarfs, Skaven, High Elves, Dark Elves, Chaos, and the Bretonnians. Just remember that this is a merciless sport and all deaths are permanent!

Blood Bowl II is out now for PC, PlayStation 4, and Xbox One. However, a number of launch problems such as a missing mouse cursor abound, so it may be worth holding off for a day or two as they patch out some of these technical issues.

New to all this? Perhaps the overview trailer might help:

Ade thinks there's nothing quite like a good game and a snug headcrab. He grew up with HIDEO KOJIMA's Metal Gear Solid, lives for RPGs, and is waiting for light guns to make their comeback.
Previous post The TGS2015 Games List
Next post Global Tournament Descends Upon World of Tanks Blitz