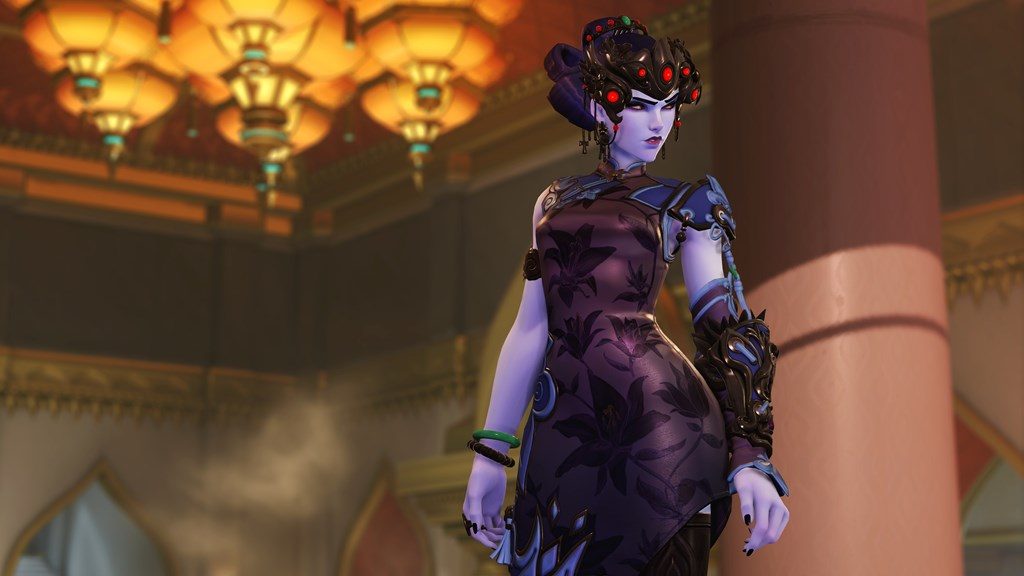 The Lunar New Year is being increasingly recognized in video games outside of Asia, and few publishers are as prominent as Blizzard Entertainment when it comes to global appeal. For 2018, players can expect to see Year of the Dog festivities in Overwatch, Hearthstone, Heroes of the Storm, and World of Warcraft.

Headlining the Overwatch update is the introduction of a new Competitive Capture the Flag mode, as well as changes to the existing, casual counterpart. The former is as you’d imagine, in that Competitive brings placement matches, skill ratings, leaderboards — in essence the whole competitive play framework — to Capture the Flag (CTF).

With that, Blizzard are adding the new Ayyuthata map based on Thailand, easily seen in the gilded architecture and lotus flowers. The map was specifically designed for CTF and is split into two halves: an ancient temple and a modern plaza. On a lesser note, they’ve also updated Lijiang Tower with decorative lights and fireworks to reflect the Lunar festival.

As for general CTF changes, flag pickup is now instant and carriers will hear custom music playing.  Once dropped, however, it cannot be picked up for five seconds, and will return to their original position after four seconds. Skills affecting mobility or granting invulnerability will automatically make the flag drop. In a developer update, director Jeff Kaplan explains how the new sudden death mechanic will put an end to match ties. Once time runs out, the team flags are moved closer to the map’s center, and the first team to capture wins.

Finally, players can look forward to more than 50 new items on the cosmetic front, ranging from skins to highlight intros and emotes. You may preview them all at the official event page.

Hearthstone are keeping things simpler on their end. From 15 Feb. (3PM) to 20 Feb. (11:59PM), players will receive one free Kobolds and Catacombs card pack daily simply for logging in. In total, you’ll get to redeem up to six free card packs throughout the special event.

You’ll need to have an account on Blizzard’s US or Asia server, with a country of residence in Singapore, Malaysia, Philippines, Indonesia, Thailand, or Vietnam to be eligible — all times listed above are in SGT. The free card pack will be awarded by the end of the next day.

While Overwatch gets rocket fireworks in the background, Heroes of the Storm places them front and center: as the mounts in an all-new Brawl mode. Lunar Rocket Racing has players racing seven laps, picking up red packet envelopes for different abilities. Yes, it’s Blizzard kart racing, where one player “must lose.”

You’ll also be rewarded simply playing Heroes of the Storm thanks to the Lunar Festival Quest. You’ll get a Lunar Skyrocket spray, a Lunar warcrest, a Lunar Guardian portrait, and finally a Lunar Skyrocket mount by the time you’ve completed 10 games.

What’s more, all Loot Chests will be Lunar Festival-themed during the event, packing skins, mounts, sprays, and portraits.

The celebrations end on 5 March 2018, so be sure to drop in before then.

For something more permanent, look to the new Assassin Maiev Shadowsong, a Night Elf from World of Warcraft. She has a glaive and knives to wreck devastation with, along with a heroic ability called Warden’s Cage that traps fleeing enemies, knocking them back to the center and into Maiev’s blades.

World of Warcraft: Holiday items and a new mount

Players can ring in the Lunar New Year by celebrating with fireworks and other festive items all throughout Azeroth, bought using Coins of Ancestry received from Elders. This includes dragon costume pieces consisting of the head, body, and tail to form your own in-game dragon dance, or to simply find out just how long a dragon you can create.

Alternative, you may use coins of real-world currency to purchase Shu-Zen mount, a Divine Sentinel mount “believed by some to be a sign of good fortune and others to be a gift from the Light.” The mega-sized pup can goes for US$25 (S$33).